With BBH London, the FMCG brand announces five year partnership with food charity Magic Breakfast in its fight against hunger in schoolchildren 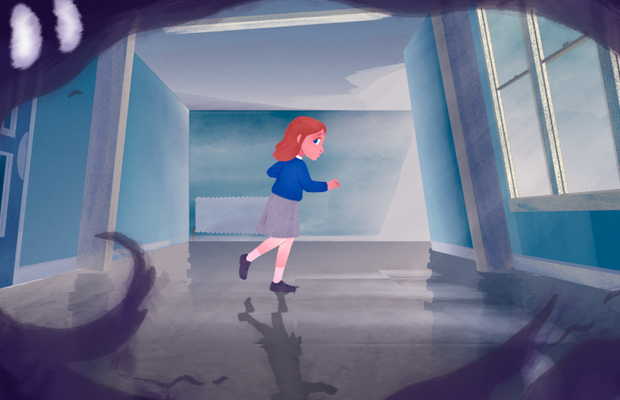 Shockingly, one in five children in the UK is currently at risk of going to school hungry. This issue of child hunger and food poverty is of critical importance and eating a nourishing breakfast is pivotal to a child’s development. With the ultimate aim of ending hunger as a barrier to education in schools across the country, Magic Breakfast is a registered charity which provides healthy breakfasts to the children at risk.
To raise awareness of this issue and to announce its long-term partnership with Magic Breakfast, Heinz has launched a major new campaign. Created by Charlie Pendarves and Chloe Stephenson at BBH London, the campaign features a 90 second illustrated film which tells the story of our protagonist, Jess, who goes to school haunted by ‘The Rumble.’ The Rumble is the literal manifestation of Jess’ hunger and a constant, amorphous, ever-shifting being. Like hunger, The Rumble follows Jess around all morning, disrupting her lessons and ability to concentrate. It’s an unknown source of dismay and distraction that she doesn’t understand.
The film, which was directed by BlinkInk’s Stephen McNally, using 2D, 3D and CG animation, ends with Jess' teacher reassuring her that The Rumble isn’t a monster, it’s simply her body needing to be fed. The teacher takes her hand and leads the way to a Magic Breakfast club. And as Jess enjoys a plate of Heinz No Added Sugar Beanz, The Rumble is eventually silenced and Jess can get on with her day, content and no longer hungry.
As well as the hero 90 second film and cut-downs that will be tested across Instagram, Twitter, Facebook and YouTube, the campaign is supported by a research survey and an ‘Empty plate’ installation on London’s South Bank, created by Wonderland Communications. The 1,300 square foot installation is made up of 1,800 plates, representing the 1.8 million children at risk of hunger in the morning, and aims to raise awareness of the scale of the issue of child hunger in the UK.
Earlier this year, Heinz first pledged their support to Magic Breakfast by providing 12 million free breakfasts to school children at risk of going hungry as a result of the Covid-19 pandemic. Heinz No Added Sugar Beanz, which are naturally high in fibre and protein, low in fat and contribute to one of your five a day, are already being offered at 100 schools across the country, reaching over 100,000 children. This #SilenceTheRumble campaign is a continuation as Heinz announce the wider, long-term five-year partnership with the charity, joining them on their mission to ensure no child is too hungry to learn. 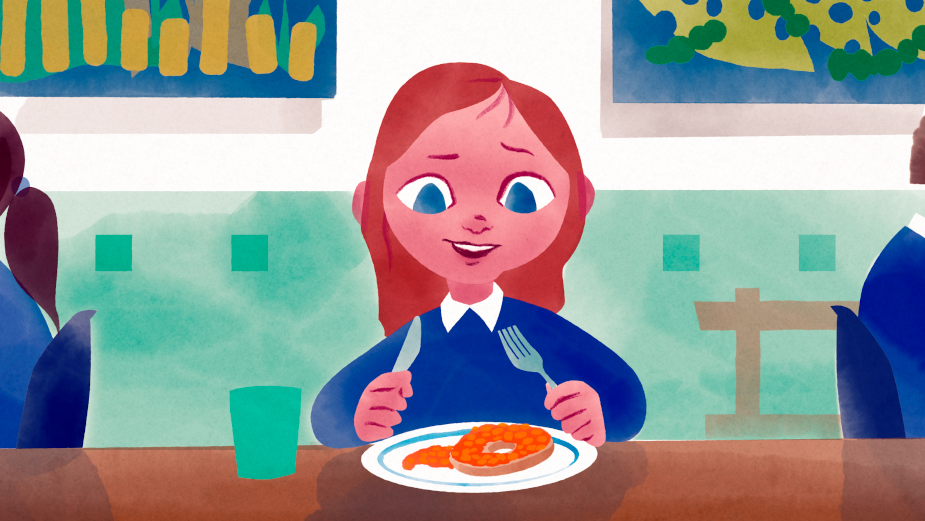 Kevin Stark, creative director at BBH London, said: “Child hunger is of course a very serious issue in modern-day Britain that puts one in five schoolchildren at risk, but we were keen to avoid a typical charity film that was overly dark or sensationalist because the statistics really speak for themselves. The task for BBH, working with Blinkink and Strings and Tins, was to draw attention to this harsh statistic through an engaging storybook narrative, which drew in the viewer with its drama, but also felt uplifting.”
Marketing and brand build lead at Heinz Beanz, Matt Mill, concluded: “Our Silence the Rumble research and campaign brings to life the harsh realities that schoolteachers and children from disadvantaged backgrounds are currently facing. We’re passionate about helping solve child food poverty in the UK and our work with Magic Breakfast, providing their partner schools with Heinz No Added Sugar Beanz, which are naturally high in protein and fibre, and can help fuel children towards a better day at school.”