Clemenger BBDO Melbourne's Jim Curtis reviews five of his favourite recents ads to come out of Australia, from a wild low-percentage-beer-drinker to a touching PSA stemming from the tragic death of senior constable Fox 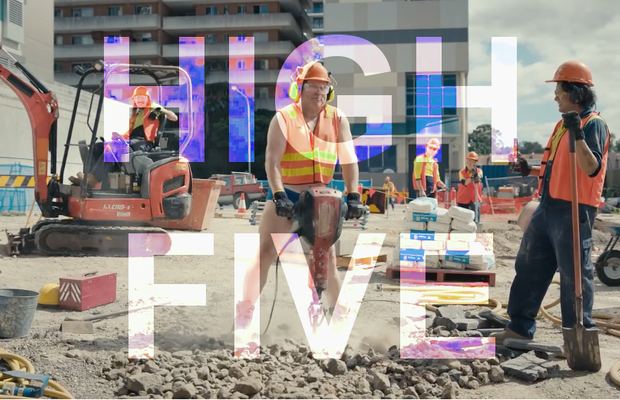 Today’s High Five has been selected by Jim Curtis, executive creative director at Clemenger BBDO Melbourne. Jim returned to Melbourne, his hometown, roughly a year ago after a successful five year stint at Droga5 New York. His five choices below prove that after a tumultuous year, including the world’s longest lockdown, Australia is well and truly ready to move-on from Covid-contextual communications and return to a wide variety of quality work...

UN Women Australia - 'When Will She Be Right?'

Agency: The Monkeys, part of Accenture Interactive
Production Company: Rabbit
Post House: ARC Edit
Sound Post Production: Sonar
For those of you who didn’t grow-up in Australia, the phrase 'she’ll be ‘right' is a common saying that basically means 'it’ll work itself out'. Using this phrase as a form of Trojan horse into the minds of mainstream Australians isn’t the only thing that makes this film powerful. It’s simple. Very well written. And it’s all carried by a perfect performance from Miah Madden.

Agency: CHE Proximity
Post-production: The Editors
An approach such as this relies heavily on craft. Luckily, this film has been brought to life beautifully by the director, Sanjay De Silva. The casting, direction, lighting and cinematography all help it cut through.

Agency: McCann Melbourne
This is not the first time and will not be the last time this technique is used to make you sit up and take notice. A huge amount of respect is deserved for the clients and family of senior constable Fox for bravely endorsing the raw delivery of this critical message.

gomo - 'Mobile Without the Hoo-Ha / Couple'

Agency: Bear Meets Eagle On Fire
Production Company: Revolver
Editorial: The Editors
VFX and Post: Alt.vfx
Sound: Rumble Studios
“No Ricky!” This film is a nice reminder of what can be achieved with two actors, one location and a great director. Creatively, it’s also a pretty fresh take on a tired category. Ricky’s shirt and the multiple owl families in the background are a nice touch.

Agency: Clemenger BBDO Melbourne
If you’ve ever had the pleasure of making a beer ad, you’ll be more than aware of the myriad of legal restrictions around what the actors can and cannot do. Hence, when we were presented with the opportunity to make a film for Carlton Zero (with zero alcohol), we saw an opportunity to find the actor who has been in more Australian beer ads than anyone else and allow him to live out his dreams and finally indulge in previously forbidden on-screen activities such as swimming, operating heavy machinery and driving a car.