James Lucas, creative director and partner of Sydney-based integrated production and post company Limehouse, shares five of his favourite recent ads from down under 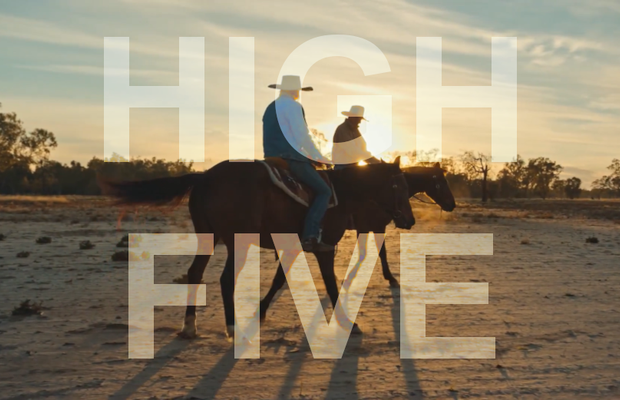 These five ads stood out as refreshingly relatable ads, backed by story themes that elicit the emotions you want - laughter and sheer resonance. The ebbs and flows of these tougher times have been dragging spirits for some time now, so I think they've nailed it in holding our attention in an uplifting and hearty kind of way.

Agency: Special Group Australia
A feat in itself having the Australia and New Zealand quarantine-free 'travel bubble' open, it was high time Aussies were shaken into some enthusiasm about a now possible overseas holiday. This film is simply great and massively engaging. It's so well shot with seamless integrated post and humour in every scene. On top of that it really features the reasons for going to New Zealand with the obligatory scenic shots, but still playing on your curiosity with the humorous escapades. So much so that I've personally booked a trip for November! The film wants Aussies to travel to New Zealand...I'm in.

Agency: DDB Sydney
Volkswagen's tongue-in-cheek horror-movie-style campaign for the 2021 Tiguan launch is such a great play on road based anxiety. I mean, what a campaign! This is the kind of work I really admire. Bravery at its best to have confidence in the concept and see it through to production. The craft of the posters and obvious talent of the illustrator is notably engaging. It genuinely stops you in the street and makes you look and read! Something a lot of ads fail miserably at. Then the film ties it all eerily and wonderfully together too. Fantastic work by VW and DDB Sydney.

Directed by International Emmy award-winner, Glendyn Ivin, whose recent film Penguin Bloom topped the Australian box office - it was expected to be a highly sophisticated piece and it is. I think it's a lovely graded film that inspires trust in the viewer. Fleeting life moments may be tough to capture, but this TVC portrays the grandeur of them, making 'real wellbeing' that much more relatable. The editing continuity is as eloquent as it gets for this sentimental piece of work.

Agency: Leo Burnett Australia
This TVC examines the highs and lows of farming and its importance, not only to Australia, but the world. It's a touching film expertly shot by director (Jono May) and production house (Flint) who I have huge admiration and respect for - a massive congratulations to all involved. It's just so well made. The spot is uplifting while also grass roots raw and authentic. The grading, editing and storytelling throughout is nothing short of emotive perfection. If I wasn't already living in the lucky country then I'd want to move here, it's beautiful.

Honest storytelling that surprisingly and brilliantly features heavy metal. Not my cup of tea as Garth's partner Alan also admits, but the entire film is wholly believable and has me putting down my phone to watch it every time it pops up on the telly. You can't help but smile when watching it, especially when that heavy beat kicks in. It feels refreshing to me and the actual message to 'Live Better' is always a good thing right?

Could Covid-19 Actually Bring Us Closer Together?