Creative director at Wunderman Thompson Brazil, Gabriel Sotero, shares five projects from the country that all have the ingredients he searches for in good ideas 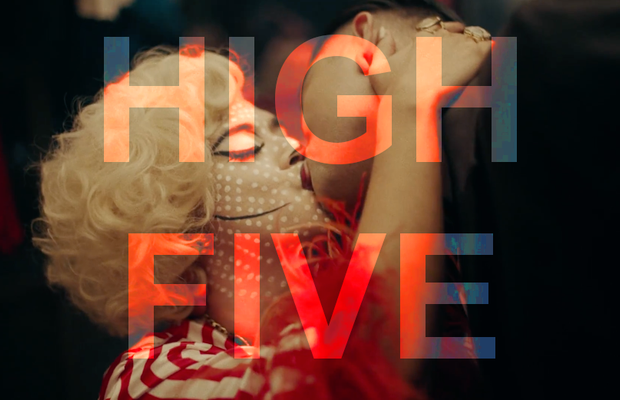 I'm a creative copywriter that also has a passion for numbers and the financial world...maybe it's because of this that I love ideas that deliver both outstanding creativity and great results for clients. It's a combination that can be generated through an unexpected laugh, a surreal story or a powerful truth, and is definitely the consequence of brave clients and meticulous craft. Those are the ingredients that I search for in ideas, so I’m excited to share some of my favourite Brazilian campaigns of the last few months...

Agency: Wieden+Kennedy Sao Paulo
Production: Stink Films
Post: Malaia Inc
Music: Supersonica
The starting point of this idea is as unique as the main character of it. When Rayssa Leal was just seven years old, a video of her doing a heel-flip in a fairy costume went viral (you can see that here). This Disney-like film explores a different kind of fairytale, where a 13-year-old girl skates through the streets of Rio de Janeiro with illustrated wings on her back, while classic cartoon characters interact with her and the environment. A beautifully-crafted spot that shows the real fairies don't have magic wands - they have a skateboard.

Agency: AlmapBBDO
Production: Bando Studio
Music: Jamute
Advertising that just inspires the audience is not sufficient anymore. Brands must do real actions to make the world a better place. 'The Beach Walker Project' tries to engage people to take care of our oceans through a real journey, helping to clean 2,030 kilometres of coastline from Playa Carrasco in Uruguay, to Rio de Janeiro in Brazil. It’s a new point of view for one of the most iconic slogans ever, the 'Keep Walking', now in a sustainability perspective.

Agency & Production: FCB Brasil x FCB/SIX
Music: Shuffle Audio
Brazil is currently facing a very difficult moment in politics, with a president trying to censor journalists and anyone that criticises the government. Inspired by Brazilian newspapers that printed cake recipes as a form of protest against government censorship during the country’s 1964-85 dictatorship, the campaign uses design and technology to create cryptographic cakes and report who has blocked Brazilian citizens on Twitter. A vital idea in the fight for democracy.

Agency: GUT Sao Paulo
Production: Saigon Films
Post: Nash Production
Music: Loud+
Society is always questioning status quo, and it’s important that advertising does the same. Our industry has that power of fight against stereotypes and prejudice. This idea invites people to think about why every iconic kiss in pop culture were heteronormative. By recreating classical kisses with LGBTQIA+ couples, the campaign helps to normalise all forms of love.

Agency: Wunderman Thompson Brazil
Production: MyMama Entertainment
Music: Carbono Sound Lab
When we talk about DNA tests, people usually think about ancestry or genetic similarities. But Genera, pioneer and the largest company focused on personal genomics in Brazil, wanted to show that people have even stronger connections, like what they feel for each other. So Genera invited a mother and her adopted daughter to perform a DNA test and discover what they’ve always had in common: their invisible connections. A beautiful message during these difficult times.