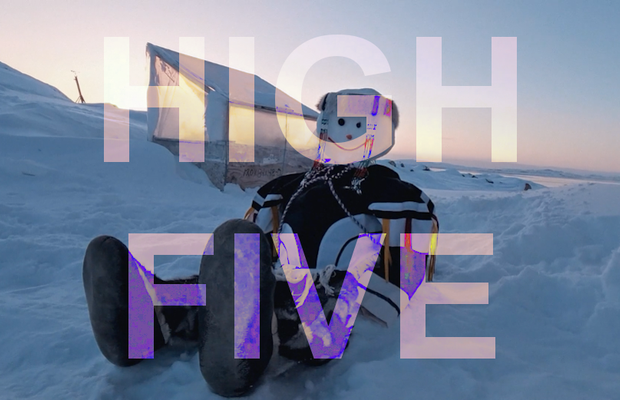 Marco D'Angelo currently heads up Impossible Studios; a young, growing production company based out of Toronto. Its team represents a swath of young talented directors, photographers and cinematographers of diverse backgrounds, developing work for some of Canada's most iconic brands, including Canada Goose, American Express and Joe Fresh. Although executed as completely individual projects, Marco's five choices of work to come out of the country all share a powerful and ingenious initiative - capturing the reality of our shared experiences this past year - and resonate with audiences in their own unique ways...

Agency: Momentum
Production company: Steam Films
Director: Goh Iromoto
There have been a lot of pieces in the past year that have spoken to our collective experience. However, this spot just hits differently. It's contextually relevant to the reality that we've all shared, and serves as a reminder that there is a silver lining to all of this. It's also impeccably executed, from the grade to the lensing to production design. From start to finish, not a second of this spot is wasted.

Production company: Impossible Studios
Agency: Notch Video
Director: Michael Rae
Look, this is a self-plug, but even if I didn't have a hand in the project, it would still be one of my favourite pieces of the year, I swear! Canada is often overlooked when it comes to basketball. In the NBA there isn't a lot of Canadian representation, from players to teams. This piece shows that Canadian's have a place in this sport. We have the grit and determination to play at top levels – and we'll play no matter what stands in our way. This message must have resonated, as our ask was initially to develop a :60 for social which ultimately tuned into the brands first ever broadcast TV spot and aired across North America during the NBA's All Star weekend.

Agency: The&Partnership
Studio: Westside Studios
Dir: C+K
After a pretty difficult year, this is the kind of content I want to be consuming. This spot is a near shot-for-shot remake of the museum scene from 'Ferris Bueller's Day Off' – AND THEY DID IT WITH GECKOS! What more do I need to say? To me, this is high art.

Agency: Broken Heart Love Affair
Production company: Scouts Honour
Director: Mark Zibert
BHLA is a new shop that opened their doors in the middle of a pandemic (and we know a thing or two about how tough that could be) and their first at-bat was an absolute home run. There's a lot going on in this spot, so it's hard to touch on just one or two things that make it so special – and that, in itself, makes the spot so damn special. Kudos to everyone involved in bringing this spot to life and I cannot wait to see what more comes from this multi-year campaign.

Agency: Gut
Production company: Steam Films
Director: Goh Iromoto
Canada's a diverse place. It's also a cold, snowy place. This spot, which launched around the holiday season, really resonated with me – as I'm sure it did with many people. Aside from being a beautiful spot with a message of diversity, tolerance and inclusion - the piece was ultimately rooted in reality, with all the snowmen coming from real families from across Canada, honouring their own heritage.