Creative director at Sid Lee, Julie Desrochers, bowls us over with prime examples of relevance, originality and the quality of the craft in today's Canadian High Five... 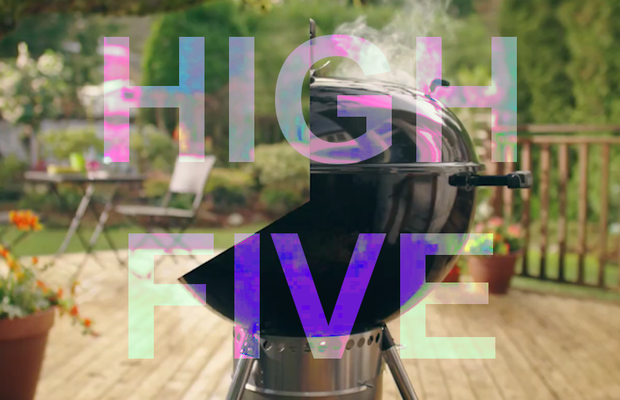 Julie Desrochers has been a creative director at Sid Lee since 2017. In her 20 years plus in the advertising industry, she has contributed to several landmark campaigns for Canadian companies. Despite her extensive experience, she believes that we are always at the beginning of something new. She has led several creative projects that have made the IGA brand shine in the media and local pop culture, such as their annual two-minute animated Christmas films.
Julie is inspired by work that transforms advertising pollution into content, elevates the industry, leaves a lasting mark and doesn't just flatter the creator's ego. In short, real work that bowls you over with its relevance, originality and the quality of the craft. Here, she showcases a selection of prime examples of this for today's Canadian High Five...

Agency: Rethink
The Heinz Puzzle is a striking and charming idea. Extremely timely and super simple, you have to be jealous (well, at least I am). With the economic uncertainty and grocery stores making major investments in their house brands, people need to be reminded why they should pay extra for premium brands. With Heinz’s heritage, comforting nostalgia seems to be a clever play. And the fact that you automatically consider the challenge makes it stick.

Agency: Sid Lee
It’s one thing to have an idea; it’s another to actually embed it in the world of Minecraft. For the 2020 U.S. elections, the non-profit and non-partisan organisation Rock the Vote launched an initiative called Build the Vote. From registering to casting a ballot, Build the Vote simulates many of the same steps voters go through in real life. With this initiative, Rock the Vote is engaging with its audience years in advance on matters that concern them now. Kids are invited to participate in building the future and have their voices heard for once. It’s more than a message – it’s an entire experience seamlessly integrated into a popular game. And it was created in Canada by Sid Lee’s artisans in Montreal.

Agency: Rethink
I love when content is generous and useful in real life without hiding the brand. Even more so when it makes sense with a core value. The zero-waste recipe book is a modern IKEA catalogue – one with purpose. It tackles a real issue with a practical mindset: it’s playful and rewarding instead of moralising. People can download the book for free or win the 210-page hardcover edition. With the live #Scrapscooking Sundays cooking classes on Instagram, the IKEA hacker community can now efficiently hack their own food waste.

Agency: Cossette
If you’re a government body trying to explain unpopular health measures to a young audience, you’d probably tend to enlist social media influencers. But would you hire three unknown old folks? Would you put them on TikTok? They call the platform 'Tic Tac' and they piggyback on every single trend in the book. They are super cute, funny and crazy popular. The @restepepe campaign is a smart creative strategy. Not all the videos hit the mark equally, but this one definitely got its fair share of attention.

Agencies: Taxi / Touché!
Canadian Tire's 'Everything Awaits' campaign is one of utter simplicity. We’ve seen countdowns before, but this one feels particularly soothing for Canadians who endured the winter during the pandemic. Buddy Holly’s song seems tailor-made for the spot. And to make the anticipation even more tangible, they had summer items frozen in huge ice blocks around the city.