Luc Frappier, executive producer and managing partner at Revolver Films, shares five ads that have caught his attention in the last month 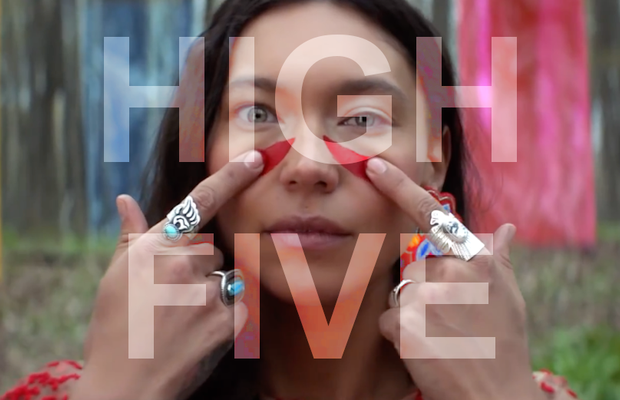 I laboured over this a bit as, despite the challenges presented by this brutal pandemic, our production community has really rallied together and safely produced some outstanding work. These five selected pieces fit together like a snapshot in time. Our time! Since its inception, the basic foundation of Revolver has always been to support those around us to rise and find their voice, and our body of work as a whole - expanding over the last three decades - is a testament to that philosophy.

Production: Revolver Films
Director: Sara Basso
Welcome to Saskadelphia! When I first heard this song, the hairs on my arm stood up! The voice of Gord Downie from 30 years ago, full of that raw energy and rebellion! The music of 'The Tragically Hip' has been the background to a shared Canadian experience, a source of pride, connection to the land with Gord Downie as the singer-songwriter poet of our generation. Written and brilliantly directed by Sara Basso, this video is an inspired mix of Twin Peaks meets 90’s grunge-rock video - with an all-star Canadian cast. Jay Baruchel for starters, his wife Rebecca-Jo Dunham-Baruchel playing the role of as the bartender, along with the hilarious Rick Mercer as the solo bar patron. Things start to get weird quick (after a few shots, as sometimes happens!) Sara embedded some 30 ‘Easter Eggs’ into the video that only die-hard fans would be able to pick out and appreciate, then share on social media for the chance to win an exclusive HIP prize pack. There are some serious, hardcore HIP fans out there!

Agency: VIRTUE Worldwide
Production: Land Back Studios
Director: Sarain Fox
As we grapple with the dark past of our residential schools and how we’ve treated our indigenous community, I’m heartened to see a stunning creative piece like this for Sephora Canada. As an EP, the fact the production team was made up of an entirely indigenous crew, from photography to styling to music is also hugely important and impressive. Leading this campaign and lending her voice to these powerful words is Anishinaabekwe content creator, artist, activist and mother, Sarain Fox, who was also most recently nominated for a Canadian Screen Award for her documentary ‘Inendi’. It’s not common at all to see Indigenous faces in TV ads or on billboards, but I'm grateful for this campaign bringing more awareness and shattering beauty myths. It was created entirely on their own terms and it is beautiful! This is Canada!

Agency: Rethink
Production: Undivided
While I feel we should be amplifying these voices year round, it’s great to see this work from Rethink for IKEA celebrating Pride and our beautiful LGBTQ+ community. I'll be honest and confess my ignorance up front that I didn’t really know much of these flags that existed to define groups within the pride community. Advertising can and should also educate, so thank you. The love seats themselves are art pieces, and the people and stories are incredibly compelling and inspiring, all captured with great respect. As producers, we should be leading the way of inclusion for people of all sexual orientation and gender identities. We need to see everyone represented, not just in front of the camera but behind the camera as well with continued support of our BIPOC hiring initiatives and mentorship programs. This is how we make progress, and we have the power to push this progress further! Acceptance and tolerance - that’s the Canada I want to live in.

By the time this article is published, we should be in stage three of re-opening,…terrifying! Anyone else feeling that re-opening anxiety? I sure am! Not to worry though, because Boston Pizza has you covered with this how-to patio re-training manual! Over the last 18 months, our collective abilities to socialise have been severely knee capped. This manual is exactly what we need for a softer landing back into society. You can’t just pull up to your local and expect everything will be normal. You need a bit of a refresher! With 72 pages and 20 helpful chapters, ranging from 'getting a drink from someone you don’t know' to 'chewing at full volume' sorted! You will be able to tackle your future patio encounter with confidence and less of the awkwardness. The supporting TV ad directed by Ben/Dave is great and hits a very Canadian sitcom style feeling with the opening music as we met the bemused expressions of our patrons. ‘Yeah, Beer…comes out of our taps instead of your fridge!”

Production: ROMEO
Studio: COLAB Studio
Just wouldn’t be right if I didn’t offer up some creative from my home town of Montreal in La Belle Province. As I followed my beloved Montreal Canadians make an incredible run to the Stanley Cup Finals, Sorry Toronto, Winnipeg, I watched most of the games on the French sports channel TVA Sport. Brilliant French content overall but this ad kept coming on and it made me smile every time. It brought me some actual joy, honestly! I love these two dudes! I know these two dudes! I feel their optimism, joy and pending good times! There is a freedom of camping up North with your buddies, believe me, but also having the confidence you won’t get clipped for all the extra data on your weekend away, this spot tees that up perfectly. It’s unique that we advertise in both of Canada’s official languages of French and English, and Quebec has its very own regional content that is only viewed within the French language market, but let it be known, there is some really strong advertising and production going over dere eh...Winner / Gagnant!

IKEA Wardrobes are a Narnia-Like Dreamland in this Beautiful Ad