Josh Stein, chief creative officer at McCann Canada, shares five of his favourite pieces of work to come out of Canada in the past month 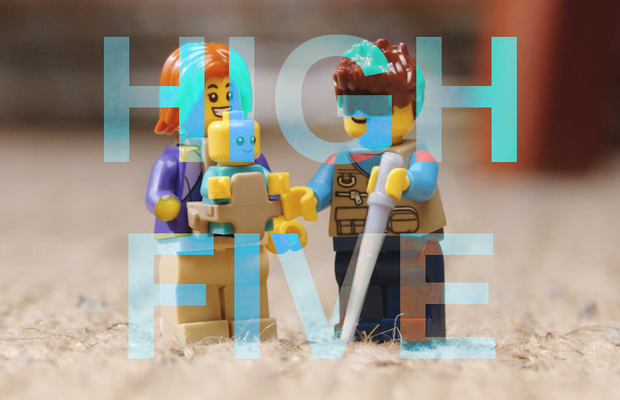 There’s so much 'Man, I wish we’d done that' work coming out of Canada these days. Every year the creative bar is raised while, at the same time, it gets tougher and tougher to put unexpected work into the world. My High Five is really just a snapshot that proves Canadian agencies are totally up to that challenge - even thriving within it...

Agency: Broken Heart Love Affair
Production: Radke
Director: Michael Clowater
First off, if you don’t know MadeGood Foods, you probably will soon. They’re a Canadian-based brand producing healthy sustainably-sourced snacks. Now, let’s talk about the work. I love that 'Un-Wreck the Future' is an idea that will, in its own little way, try to make the world a better place. I love that this is exactly the kind of work that everyone was expecting from BHLA. I love that they chose Clowater to direct this spot and all the choices he made. I love that they’re asking people to join the ‘unwrecking crew’ and that BHLA called it that. I love that I’m looking forward to the all the work BHLA is going to do for this brand. I love being more jealous of this than I have been of anything else in a long time. That last part is a total lie. I hate feeling jealous. F BHLA.

Agency: john st.
Minecraft Production Partner: Gamefruitpulp
This pick could have easily been the latest spot that john st. did for No Frills Supermarkets because the work is so good - I think it’s the best brand campaign in Canada. I didn’t choose that because it’s always referred to as being 'meta', and I kinda have no idea what that means. So, I chose this work. Why? Well for one, john st. has a long history doing some really amazing self-promo stuff (pink ponies, catvertising, exFEARiential), where hidden beneath the great humour are their unique perspectives on the industry and a glimpse of the culture that drives the agency. This is another one of those things. I also chose this work because all of us have shot down Minecraft ideas because ‘not another Minecraft idea’ - and we all should feel terrible because this is one and it’s awesome.

Agency: BBDO Toronto x BBDO Montreal
Production: Flare BBDO
I know there are a lot of people out there who have been fortunate enough to work on the Paralympics that will have wished they came up with this. Props to the Paralympic Committee for championing an idea like this, and to BBDO for resisting the urge to do another anthem spot. 'Para Expansion Pack' makes me feel the same things that I felt for McCann New York’s ‘Change the Game’ for Microsoft. The packs need to be made available in every country that took part in the Paralympic Games to help grow the sport and inspire a ton of future Paralympians. I want these.

Agency: Rethink
This is an idea that only can come from a group of people who eat, sleep and breathe - and possibly drink, dream, fantasise and study - advertising. I could’ve chosen a few things from rethink lately, like ‘Repurposeful Instructions’ for IKEA or the ‘Carnivorous Plant’ for A&W, but I chose this one because if it’s not too ‘limited’ of an edition and actually helps many of these farmers, then it’s a really wonderful thing.

Agency: Anomaly
Experiential: SALT XC
Social: In-house at DraftLine
PR: Veritas
I would like this idea even better if there was no connection to Bud Light. Then it would make zero sense and just be fun and ridiculous and I would still love it. Maybe we think too much sometimes. Maybe this is a nice reminder to have fun with our ideas.

Why Wendy’s Built a Phone to Promote an App