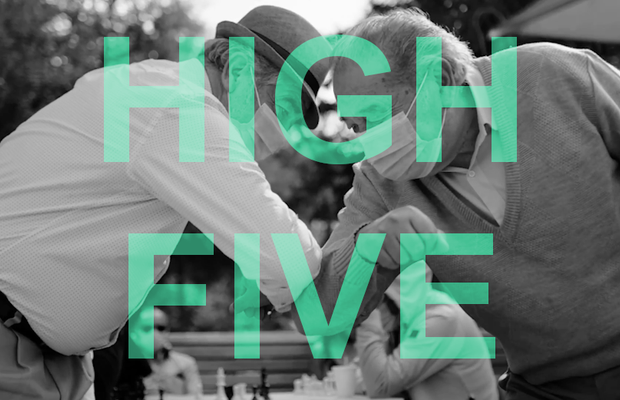 It's not easy to choose five ideas that represent this industry, that have the magic that we creatives like, but above all, are real. This Chilean High Five aims to honour the ideas that gave brands a significant role in people's lives, ideas that change the reality of people, clients or brands. In short, ideas that give value to creativity...

Agency: McCann Santiago
Production & Post: Craft WW
An idea that changes the world of 400 chess players who due to a pandemic could not continue with their passion, with that which makes them feel alive. An idea by McCann Santiago that soon begins with the festival circuit.

Agency: Porta
In the midst of a larger social outbreak of the last 30 years in Chile, the Chilean Red Cross needed donations to get supplies and thus continue to assist in the First Line of the demonstrations. To get them, some independent digital media contributed the first line of their news. A highly awarded campaign, even outside of Chile.

Agency: 1984
Another idea that in the midst of a social outbreak becomes relevant and opens the debate in a polarised society, in addition to giving a voice to many who were not heard before.

Agency: TBWA\FREDERICK
An idea that helps this industry a lot, which manages to make a brand bet on quality content, showing that production value is a good path to follow. A very compelling mini-series starring Giancarlo Espósito (Gus from 'Breaking Bad') and filmed in Chile and the United States.

Agency: La Familia
Production: Cinemagica
The context helps generate a memorable idea, but also helps to solve a real problem in society. This piece that really generates changes and encourages us to think on different platforms.