Barry Greaves and Jamie Loudon, creative director and head of production respectively at MPC Shanghai, showcase five good examples of what the industry in Asia can be when it’s at its best... 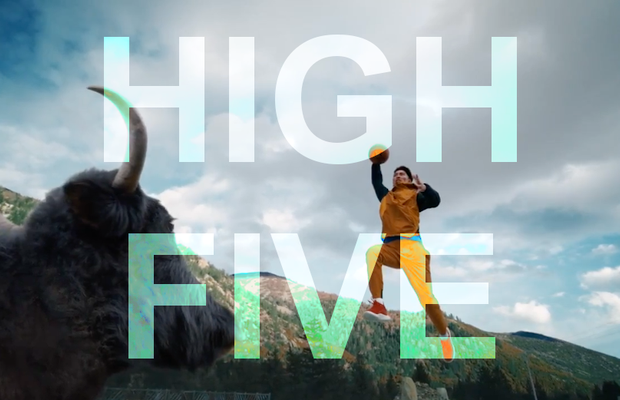 We chose these projects as our High Five for numerous reasons. They are all different first and foremost, and originality always catches your eye. Craft, effort, technical skill, artistry and an eye for storytelling went into these projects, and it's always good to watch something that makes your head spin - to grab you and keep you watching. They are good examples of what the industry in Asia can be when it’s at its best...

Production: DotWell
Director: Zou Fei
'Ambitious' is the word that springs to mind when you watch this game trailer for 'Honour of Kings' through tech giant Tencent. We love it because of its scope, its sheer size and what it took to bring this together. As we are in the VFX and creative industry, we are fully aware of the constraints this project probably had and the amount of effort and hours that went into it. It was split across several VFX studios, so for that reason alone, you have to be impressed with the final result.

Agency: Ogilvy Beijing
Production: Draft&Real
Director: Zou Fei
Zou Fei is a very talented Chinese director and we have had the pleasure of working with him a few times. This film showcases what he’s all about. The campaign is for a Chinese gaming mobile device - it’s ambitious, epic, grand and above all – fun. There are not many Chinese market commercials like this, so when you see one you really take notice. It’s very nicely executed so kudos to all involved.

Agency: McCann Shanghai
Production: Animal Factory Films
Director: Adam Liu
Coca-cola’s CNY campaigns are usually a big event, but due to Covid-19, this year’s main film takes on a different tone. A very down-to-earth film, it focuses on family life during the holiday season - cramped, hectic, noisy, stressful - and we wouldn’t want it any other way. We love how this film beautifully captures the feeling of a large family together through great performances and an authenticity that only shooting on film can bring you. Funny, warm, charming and endearing, there’s a lot to identify with here no matter what holiday you celebrate.

Production: ProFilms
Director: Adam Liu
People often lose sight that an advertising campaign’s first goal is to entertain – if you are entertained then you are engaged, and if you are engaged then then brand can sell to you. This film, another one by director Adam Liu, certainly does that. Fast paced, kinetic, irreverent and extremely well-executed, it keeps you watching for all of its three-minute length. No mean feat in this day and age.

Agency: TBWA\Media Arts Lab Shanghai
Production: Shooting Gallery
Director: JB Lee
This film for Apple is a joy to watch. Smooth, dynamic, effortless. The infectious energy and pace never lets up. The planning, rehearsal and choreography required for a film like this can’t be understated. This was the first Apple commercial to be directed by a Chinese director, so much credit to JB, who is always great to work with.

Super Bowl Vs Olympics: What Can US Marketers Learn from East Asian Mascot and Cute Culture