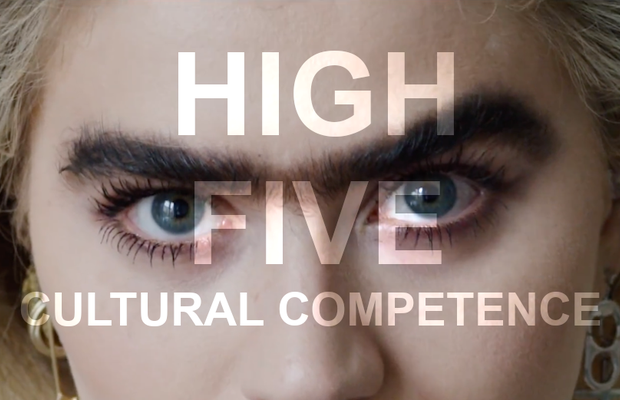 For an exclusive new series hosted by High Five sponsors, Freedman International, we’re speaking to leading brand marketers from around the world about the five campaigns that they’ll never forget - the campaigns which told a global story through a local lens and changed culture. Today, KAYAK's Per Christiansen shares his culturally competent High Five...
“Over the last five to ten years, we have seen a lot of world-class creative campaigns that are fighting prejudice and stereotyping to force cultural change,” said Per. “It was therefore almost impossible to choose only five campaigns to High Five. Working on momondo’s 'The DNA Journey' is one of the proudest moments in my career, which is why I’ve included this alongside four other amazing campaigns that have made me step up and think about who I am, who I want to be and if I am as open and tolerant as I think I am...”

Agency: &Co
Production: Bacon
This campaign was the launch of momondo’s purpose movement, 'Let’s Open Our World', and what a launch! In the film, momondo uses modern DNA techniques to show us that we have more in common with the world and across cultures than we think. The campaign fights stereotypes and gives us travel as the solution. Because an open world begins with an open mind. This campaign is to me a unicorn of a purpose campaign. It has since the launch been seen +900M times across platforms, and still counting.

Agency: &Co
Production: TV2 x New Land Denmark
Director: Asger Leth
This campaign by a Danish TV station taught us through very simple exercises that we have more in common than we think. Even though we might look different on the outside, we are all connected in some way either by interests, education, beliefs, family relations, way of living, etc. No matter how different we are - we all have something in common that unites us.

Agency: DDB Tribal Warsaw
This campaign focuses on breaking the barriers between recently resettled refugees and European natives. The experiment is based on a psychological theory that it takes four minutes of eye contact to build a relationship. Only when you sit down opposite another person and look into their eyes, you no longer see an anonymous refugee, you notice the human before you who is just like yourself. This strong message of humanity and seeing the people - not the numbers - has never been more relevant.

Director: Paul McLean
Post: Mini Content
Music: OPM
The women’s magazine Girls Girls Girls released the video of Cynthia reading a shortened version of Camille Rainville’s essay titled 'Be A Lady They Said'. The essay and accompanying video exposed how women are monitored and critiqued in every part of their lives. The viral sensation was praised not only for showing numerous different types of women from all backgrounds, but for also shedding light on the issue of constantly being held to absurd standards of femininity.

Agency: Edelman x Publicis London
This campaign promotes openness, and is using a social experiment to explore whether common ground can unite people. In the film, strangers with opposing beliefs on topics, such as feminism and climate change, need to work together to complete a task. Once the task is completed, the opposing beliefs are exposed to the participants, and the question is now if they just want to leave each other or stay and have a beer.