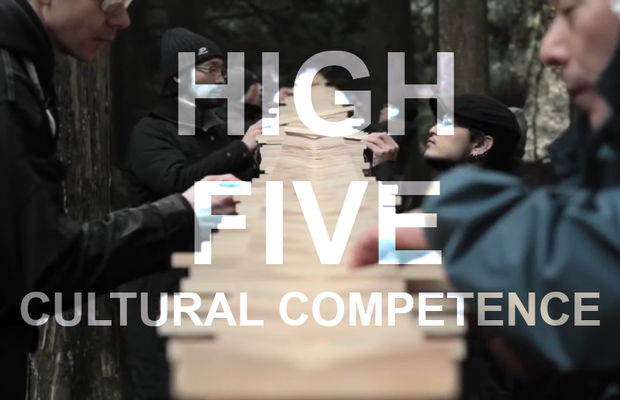 For an exclusive new series hosted by High Five sponsors, Freedman International, we’re speaking to leading brand marketers from around the world about the five campaigns that they’ll never forget - the campaigns which told a global story through a local lens and changed culture. Today, thenetworkone's Julian Boulding shares his culturally competent High Five...
As founder of thenetworkone, I lead a team that’s in regular contact with leading independent creative agencies in 112 countries worldwide. For marketers, one of the advantages of working with independents is that the great majority are locally owned and managed, and by definition, they have been deeply involved in local culture since the day they were born. Even more importantly, they have not 'upped sticks' and moved to London or New York - like so many Cannes judges have - so they are equally involved with the current cultural zeitgeist in their country. We have all seen the devastating consequences of getting advertising culturally wrong. I’m sure we all remember how Dolce & Gabbana’s business in China was decimated overnight by negative consumer reaction to a film featuring a Chinese woman struggling to eat Italian food with chopsticks. It’s dangerous for global brands to apply their own culture and attitudes in other countries. On the other hand, bland global ad campaigns which offend no-one pass easily without notice. The recent ‘Better Briefs’ study by Matt Davies and Pieter-Paul von Weiler revealed how much advertising money is wasted because of briefs to creative agencies being written to please the client’s boardroom, rather than help agencies to engage with real-world customers. So here are five campaigns, all written and produced in-market by independent local agencies, which tapped into local cultural insight - sometimes in very sensitive areas - and succeeded in getting the right kind of attention, engagement and behaviour change. If you know other examples, please do share, with me personally or via LBB, and we’ll help generate credit where credit is due.

Agency: Ideal Comunicazione
Ideal was asked to suggest some promotional activity for the 60th anniversary of the launch of Fiat’s iconic popular model, the Fiat 500. Rather than filming the factory, Ideal took the 500 to Cannes. The film has an American-English soundtrack, French subtitles and a cast of who-knows-how many nationalities, but completely captures everything about the qualities Italians see in themselves: style, charisma, elegance, ‘bella figura’ and joie de vivre. The Italian client loved the film so much that the agency team ended up being invited to parent company FCA’s Chicago headquarters to pitch the global relaunch of Lancia, which they won.

Agency: Elastique
Why would I choose a promotional film and art installation for a Japanese electronics company, with music from a composer in Los Angeles, as an example of cultural competence from Germany? For me, this amazing work (now five years old) captures everything about the spirit of Germany  - engineering, technology, precision and above all, an extraordinary spiritual beauty. Take a look at Elastique’s website and you’ll see the result: they are the motion graphics and experiential design agency of choice for BMW, Mercedes-Benz and a host of other iconic brands in Germany.

Agency & Production: Triad
Let’s move to another aspect of cultural competence. Picture the situation: you are an agency in a tropical country with a significant minority Muslim population. Clean water is in short supply and you are charged to promote its conservation. You realise that a lot of water is used by Muslims, in the five-times daily ritual washing of hands, feet and mouth before prayer. Would you decide to educate the population about the teachings of the prophet? This brave, insightful, extraordinary but above all respectful campaign is an object lesson in how to engage positively with a religion which may not be your own.

Agency: Joe Public United
Production: Romance Films
Director: Greg Gray
Post: Chocolate Tribe
Today’s South Africa is a young country which every decent person wants to see succeeding, but its development is full of challenges. Many of these are unspoken and a major example is the extremely high level of personal debt and its damaging consequences to individuals and to society. Working on behalf of Nedbank, one of the country’s largest banks, Joe Public created a series of unbranded films which addressed the challenge head on. It’s rare that a 'big and boring' bank creates a campaign which becomes the most talked-about work in the country, but the agency’s and the client’s deep understanding of how to tackle and portray the issue in a uniquely empathetic South African way, created a dramatic success story. Now also a hit on Netflix!

Agency: Drill x dentsu
This film by Mori Harano, who now works independently, is ten years old, but still one of my all-time favourites. It is inconceivable that it could be made anywhere else than Japan. It’s (kind of) about the Japanese idea of 'forest bathing' - retreating into the tranquillity of nature to emerge physically refreshed and spiritually invigorated. Belatedly, the world is rediscovering the importance of this to all of our mental and physical health and well-being. Technically, it’s selling a mobile handset with a wooden finish, but really it’s a hymn to inner peace. Close the door, put your headphones on and enjoy this three-minute film now. It will be the best thing you do all day.