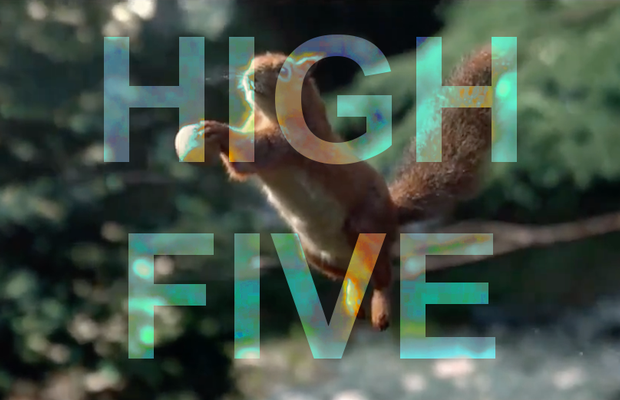 I am Hervé Poupon, creative director at Serviceplan France (House of Communication France), psycho-sociologist and trained in art schools. To me, there's no good creation without good teamwork, and this selection is the result of a discussion with our team's creatives: special dedication to Linda Bouderbala and Rémy Maufangeas...

Agency: Ogilvy Paris
Theses films are smart, fun and really beautiful. The message is simple and strong, and this campaign smells like nature. If Vittel has always talked about vitality, we can see here their new brand positioning highlighting the fact that the Vittel source is natural. Seeing insects and animals doing sports is really funny and extremely well executed. We are charmed. A special dedication goes to the squirrel who plays basketball, we would have loved to make this film!

Agency: DDB Paris
A great outdoor / print campaign, as we love them! For two years in France, with all manifestations - especially during the yellow jacket movement - a lot of people were injured. In January 2020, a man was killed by the police during an intervention. Meanwhile, the French government passed a bill about global security, which prevented the identification of the policeman involved in the incident, in order to protect them. A decision that was rather badly received in view of the context.
So, that is why this campaign is really accurate. Amnesty International and DDB made a strong impact with these accurate catchphrases, raw but also ingeniously tinged with humour. People were invited - on digital - to submit their own print, and the best ones were broadcast on Amnesty International’s social networks.
This is a subject that concerns us all and it's always nice to see an ad and a client that isn't afraid to speak out. Thanks for that, DDB.

Honda - 'The Power of Dreams'

Agency: DDB Paris
Whether you're a biker or not, this film does not leave you indifferent. We can really feel the power of dreams through this film. It makes you want to believe in your dreams! The film starts with a little boy who discovers the motorcycle. From that point, we are going to follow this boy and see him grow up with his passion. This film, made from footage shot by ordinary bikers, shows us that an idea can be strong, even in its simplest form.

Agency: Serviceplan Paris
We end with a clever and funny activation. We know that blue light disturbs sleep and despite this, people continue to use their smartphone and social networks before going to bed. Maison de la Literie offers its customers a new way to consume their social networks, without having to watch them. The personalised podcast format is rather clever and in line with the target audience's habits. The audio translations of Instagram and Facebook posts really bring something to the table, the comedian doesn't just describe the publications, he interprets them and comments on them, in a funny and offbeat way. We had a good laugh and slept better ;)