Music supervisors at Prodigious, Maxime Rouge and Gregoire Bucaille, share five of their favourite recent French projects that try to present unconventional and original solutions in order to make a difference... 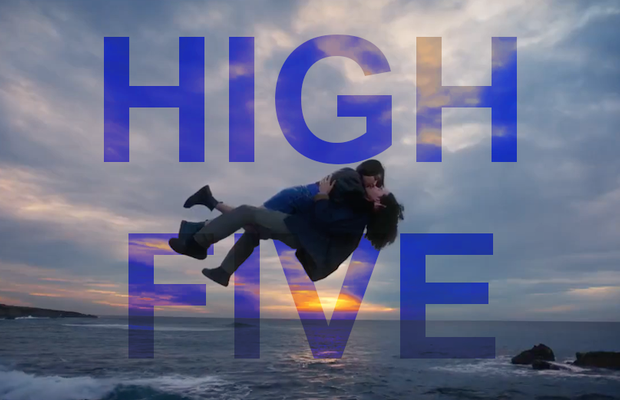 We are Maxime Rouge and Gregoire Bucaille, music supervisors at Prodigious, the in-house production company of Publicis. Together, we are leading artistic music direction at the company, constantly searching for music, musicians or sound producers who can help us solve the large amount of advertising that we are involved in. In the last few months, we have worked for brands such as Cartier, Lancôme, Valentino, Renault, Orange, SFR, Ferrero, Mugler, Nivea, Garnier, Axa, Dacia, Kerastase, BNP, Carrefour, the French Government and many more. From small budgets to massive ones, we always try to present unconventional and original solutions in order to make the difference. Here, we share five recent French projects that attempt to achieve the same thing...

Production: Dog Eat Dog
Grade: Framestore
Sound: UNIT Studios
Music: DOLCE
To begin, we would like to highlight the last Marshall TVC advertising with Iggy Pop as the leading voiceover. It has no music, but a fantastic flow and a tremendous sound design. We love the drop at the end of the film. The silence at this moment is such a relief. So efficient.

Peugeot - 'Lions of Our Time'

Agency: Omnicom for Peugeot Engine / OPEn
Production: Iconoclast
Post-Production: Nightshift
Sound Production: ballad
Not too much music, interesting twisted modern beat, you have enough space for the V-O and then this guitare goes on and on while the rhythms goes faster. Absolutely brilliant.

Agency: Publicis Conseil
Production: DIVISION
Post-Production: Prodigious
Maxime and I worked on this one together. When we received the brief of the campaign, we tried to challenge the music, but it was so well picked that none of our choices could do a better job. It’s so original and so funny. Well done Kevin Salembier and Nicolas Hurez, very talented people at Publicis Conseil.

'The Sound of Metal' - Trailer

Director: Darius Marder
This movie, who will be released in June in France, is a stunning sound experience. The French sound designer Nicolas Beker just recieved an Oscar for his work on this project. If you want to experience what it feels like to be deaf and then what really means to hear, it’s a must-see. Nicolas Beker is a national treasure and it has been an honour to work with him for ads. He really is a very unique person.

Chanel has always been extremely involved into music, and this musical performance is a good example of what they’ve done during the Covid-19 pandemic. Chanel ambassadors Sebastien Tellier, Vanessa Paradis, Angele, Charlotte Casiraghi and Juliette Armanet are all performing an intimate show. Really like the transition between 'La Ritournelle' and 'Playground Love'.

The Famous Grouse Campaign Brings Highlands to the Lowlands