From hacking Amazon to grilling your own product, founder and executive producer at Birth, Hugo Legrand Nathan, shares five of his favourite ads to come out of France over recent months 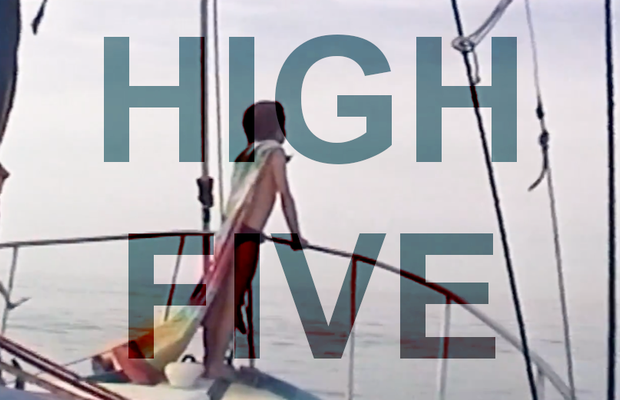 I suppose what pulls these five creative works together is friendship. It’s about hope, fun and sometimes sadness, but real friends always make me smile. How a creative team and a director build a visual story fascinates me. Maybe that’s why I like Instagram so much - everyone creates content themselves. Powerful messages, funny images...it’s all refreshing. We’re faced with this creative challenge every day, it’s what inspires me and what inspired me to choose these works for High Five. And it’s worth noting that the first three were just awarded at Cannes Lions 2021. There’s also another reason...my great passion is music. I love soul, jazz, rap, funk - anything goes. I start the day with music and put some on in the office before anyone has arrived - some of these spots use tracks to great effect.

Agency: BETC Paris
This audacious campaign for the human rights charity, L’Auberge des Migrants, cleverly launched on the most frequented platform on earth: Amazon. It’s an awareness campaign and appeal for funds for the refugees in Calais following the removal of the Jungle camp. The NGO hacked Amazon by adding reviews written by refugees for products such as toothbrushes, boxer shorts and hot water bottles in the comments feature such as for tents: “Basic but protects against the wind and rain of winter in Calais” wrote Fazulrehman Z. Consumers could then in fact purchase the items and gift them to the charity for distribution. Innovative and daring.

Le Chocolat des Français - 'Keep Only the Best of France'

Agency: TBWA\Paris
This spot for the artisan chocolate brand, Le Chocolat des Français, combines three creative elements beautifully: charming illustration, evocative accordion music and gentle humour. The chocolate bar wrappers show delightful scenes of stereotypical France, from a romantic cafe dinner to a game of petanque. However, the illusion is broken when the camera pans out to reveal the gritty everyday reality on the sidelines surrounding the idyllic scenes. More than anything, it’s a great example that we French can laugh at ourselves.

Agency: Marcel Worldwide
Carrefour launched its Act for Food promise across all mediums including television, cinema, online and social media in 10 countries. It was a bold statement for a bold initiative: standing up for the quality of its food, traceability of its products and offering fair prices not only to consumers but to its suppliers and animal welfare. The client took a positive and assertive stance which engages the public: consumers are encouraged to go to the Act for Food site and identify the initiatives that take priority in their lives. 'We’re in this together and we can all play a role in food production' is the message.

Agency: BUZZMAN
I enjoy advertising that doesn’t take itself too seriously but has impact, and this campaign for the AMI electric car is just so clever. Rather than pretend the car is the most beautiful automobile ever made, it gently derides its somewhat ugly look, while at the same time highlighting its credentials. The copywriting is fantastic, such as: “Curiously, our designer has still not been sacked”, and the product’s three USPs: ‘Electric’, 'No driving license needed’, ‘From 14 Years'. Simple and surprising, so you remember it and talk about it with friends.

Agency: ROSA PARIS
I’ve chosen this spot for the French, low-cost but high-speed train service, not because it’s directed by our Birth director, Ugo Mangin, but because it’s unashamedly nostalgic. It's also beautifully filmed with an HI8 video camera, with Kaoma’s 1989 summer hit 'Lambada' as its soundtrack. Family is deeply important to me and this reminds me of lazy summer holidays when I was a kid. It touches an emotional cord too - the catchline ’Now It’s Your Turn to Create Memories for Your Children” couldn’t be truer.

Meet Your Makers: Hugo Legrand Nathan on Why a Great Team Is Everything

The French Public Is Fed Up with Insincere Claims in Ads