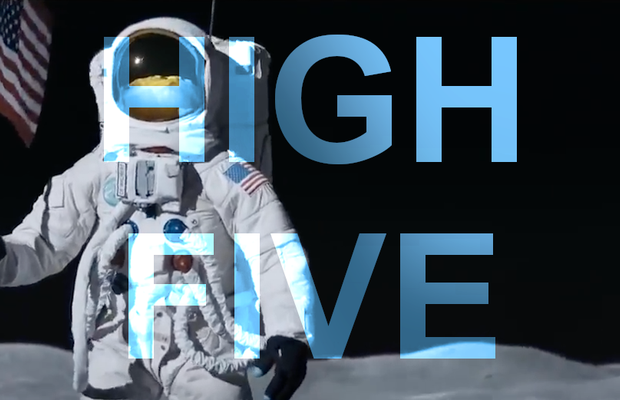 We are looking for ideas that allow us to dream a bit, laugh a bit and make people forget they are watching an ad a bit. The selection of these five fabulous pieces of work is based on the common point that nothing is stronger than storytelling. To make people care about your product, you have to make them escape reality...for a bit.

Agency: TBWA\Paris
Production: La Pac
Director: Gary Freedman
This film could be named 'When Tim Burton Meets Jean-Pierre Jeunet'. For five years, the retail advertising landscape has been trusted by Intermarché and its agency, Romance. A tone made of real emotions and simple life scenes. If you want to exist in this market, you have to find your own tone. That’s exactly what TBWA\Paris has done with this piece of poetry. They chose not to copy Intermarché, but instead build a landscape far away from their competitor. This is how you make brands stronger and advertising richer.

Agency: BETC Paris
Production: Wanda Productions
Director: Edouard Salier
One of our mantra is 'Your ad has to be cooler than the product it promotes'. That’s not a big deal when you have to sell, be it a car, a soap or a shampoo. But it becomes more tricky when you have to sell a video game: the coolest product ever made. This fight on the moon for 'Humankind' is a true piece of entertainment. Every stupid idea is on the edge of genius, and this film is very stupid!

Agency: Publicis Conseil
Production: DIPLOMATS
Director: Lope Serrano
Publicis Conseil was a sleeping monster for years. And now, the monster is awake. Not because of the awards it won during the last Cannes Lions, but for us, because of this film. You have to know that Kangoo is maybe the worst brief a creative could expect. Well, they succeeded to transform this trap into a beautifully-crafted film led by nice and touching storytelling. The art direction is sharp, the message simple. It makes you consider the product. This is pure advertising.

Agency: DDB Paris
Production: Maul Production
Sound: Studio 5
Translation: 'The Forza 750 is the most powerful scooter out there. To prove it, it will race against a symbol of speed and power: THIS TWEET.'
When it comes to kick-scooters and motorcycles, it’s all about comparison. The Forza 750 is constantly compared to the T-MAX from Yamaha. To close the debate, the creatives decided to organise a race between the Forza and something way faster than any of its competitor - a Tweet! And the result was clear. We shot the race, edited and broadcasted it on the internet in a few hours. The production organisation was as epic as the idea...and as fast as the Tweet!

70 years after having the idea, and one year after the death of the last member of Christo, the Arc de Triomphe is finally wrapped. It’s so impressive when you see it, but over all, it really moved me to see that an idea can survive time and death and still be relevant. The thousands of people who came to see it this weekend proved it - an idea is a powerful thing, whatever it is, and whatever it makes you feel. It's never just an idea...