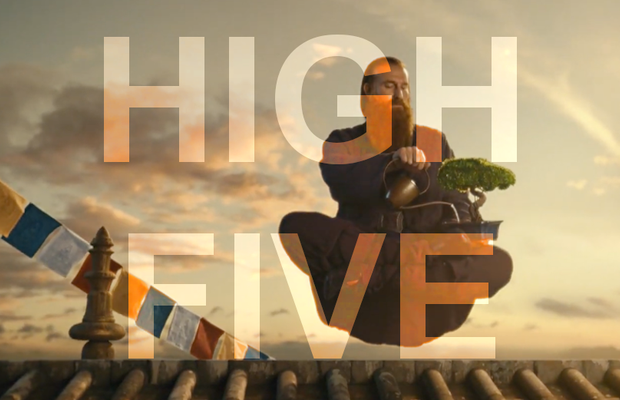 It’s quite hard to select five creative ideas and concepts that leave you stunned, so I didn’t choose one specific creative topic or theme. I tried to select a wide range of different ideas, visual styles and production methods that give an overview of what is happening in the creative industry at the moment. The use of CGI is nothing really new, but even grocery stores decide to leave the established ways of presenting their products. Furthermore, it's designing its own clothing and hyping it up in a visually appealing way, while insurance companies are using CGI in a pretty classical way with a certain wink. The possibilities of presenting products can be technically and visually stunning, or the overall emotional idea is catching you - or the in best cases, both combined...

Agency: Kolle Rebbe
Production: Studio Ignatov
Event & Sales Campaign: Lautstark Agency
Kolle Rebbe created some stunning films and visuals for ALDI Nord, one of Germany's biggest supermarket brands. Quite untypical for a supermarket, it created its own fancy fashion line, and the overall imagery of the campaign and the films is extraordinary compared to what ALDI Nord usually does.

Production: Mackevision
A great example of how the digital twin can be used for fully-CG television commercials. The entire production was handled by Mackevision in cinemascope format for use in cinema and TV. A new way of presenting its tooling line with a cinematic visual approach.

Paramount - 'A Legendary Expedition up a Legendary Logo'

Agency: Droga5 New York
Director: David Shane
Droga5 created a series of visually stunning and funny ads including Beavis and Butt-Head. The perfect mixture of stunning visuals, CGI and well known characters. For me, as a cinematic nerd, it's one of my favourites this year from a classical visual standpoint.

Huggies - 'Welcome to the World, Baby'

Why CGI Works Best as Part Of a Pipeline