For LBB's first Greek edition of High Five, owner of a London director's agency El Colony, Olga Rozanova, and head of content, EP and director in his own right at Top Cut / Modiano in Athens, Gregoris Rentis, give a fresh twist on the feature with two perspectives on recent releases from Greece 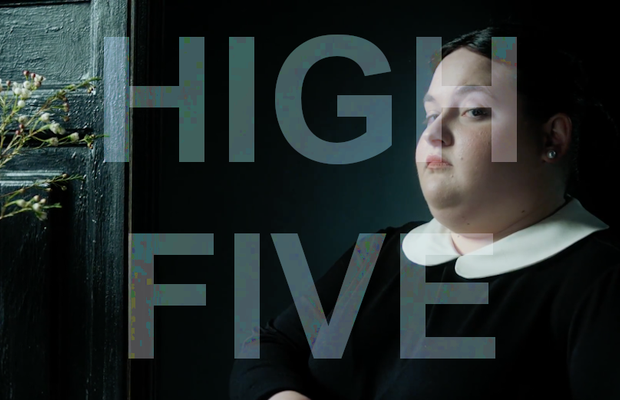 As Greece emerged from lockdown in May, with stringent rules still in place, it was tempting to add spots that spoke of the time missed with loved ones (like the new Aegean airlines spot by Argyris Papadimitropoulous) or celebrated the new 'freedom', but we thought to look beyond our lockdown chronicles and show some of the quirky and sleek talent Greece has to offer. Made by a non-Greek ex-CD turned screenwriter and owner of a London director’s agency El Colony, Olga Rozanova, with a few Greek film and TVC directors on its roster and a native Greek head of content, EP and a director in his own right at Top Cut / Modiano in Athens, Gregoris Rentis, the selection has two perspectives and, perhaps, does not reflect the state of creativity as a whole, but was certainly fun.
Despite the lockdown - and almost against all odds - Greece has produced some interesting work that is not limited to commercials. Hot off the press, a short film by Manolis Mavris (who also directs commercials) won the main prize at Cannes Semaine de la Critique just a few days ago, the latest Hollywood-produced feature by Argyris Papadimitropoulos,'Monday' is taking Athens by storm. Quite a few TVC directors are trying their hand (quite successfully) in features in shorts. The Greek creative scene is as ambitious as it is talented and very quirky indeed.
Let’s start with the weird. Here, we deviate from the world of commercials, but only just. Manolis Mavris is a commercial director and now the winner of the main prize at La Semaine de la Critique with his short 'Brutalia, Days of Labour', produced by Avion Films, Twin Productions and Tarantula. 'Brutalia' is done in the best traditions of the 'Greek Weird Wave' which was set in motion by Yorgos Lanthimos in 2009 with 'Dogtooth' feature (Yorgos’s latest - 'The Favourite' brought a multitude of Oscar and BAFTA wins and nominations, not only to the director, but to a plethora of British talent in the film).
And now to the five commercials...

Endless Earth - 'The Role of My Life'

Agency: Cream x Rascal
Directors: Danny & Loco
Music: One Two Music
Not far on the scale of 'weird' is a more commercial long-form content done for a toilet roll. We are all up for saving the planet, whatever it takes.

Agency: The Newtons Laboratory
Production: STEFI x Lynx Productions
Director: Yorgos Zafiris
Post / VFX: Faust
Music & Sound: Bounce
The spot that only aired now, but really deserved to go on air way earlier and certainly wider than Greece. It was, crucially, shot pre-lockdown. I think not only Greek but British audiences will relate to the message. In fact, any community or society divided by differences.

Agency: MullenLowe Athens x Everything Grows In The Jungle
Production: Topcut / Modiano
Director: Vasilis Bourantas
Here is something for our aesthetic pleasure. A small local chain of coffee shops did a sleek number exquisitely executed like a Dutch painting.

Agency: Rock Cherry Advertising
Production: Topcut / Modiano
Director: Rodrigo Valdes
Ah, Greece is a very traditional society, so it is always a pleasure to see a deliciously fun spot mocking the male-dominated world and giving a twist to the staple 'boy gets girl with a help of ---insert brand---'.

Let Your Fun Side Loose with Magnum Matcha’s Latest Spot