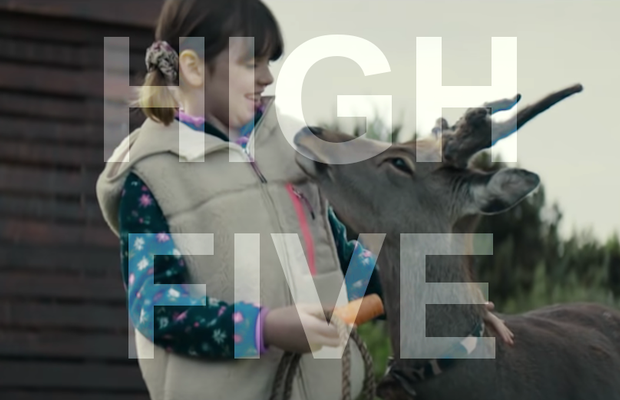 I am a composer and sound designer specialising in advertising and new media. I work remotely from Dublin with teams all over the world making creative magic - or at least trying to! I really admire my selection of Irish projects for a mix of reasons. Craft is key for me, and I think there’s lots of really strong work happening at the moment based around simple concepts. There’s power in an idea. Here are a few favourites...

Agency: Rothco, part of Accenture Interactive
Production: Stori Creative
Director: JAK
Post: Screen Scene x Ntropic
Editorial: The Quarry
Grade: CHEAT
I absolutely love this spot. A very unexpected take that incorporates a really infectious narrative track by the incredible Jafaris - the shoot style, the energy. Expertly made. It’s all there. A wonderful piece! It also touches on lots of local references, so it sucks you in.

Agency: The Public House
Production: Pixel Melbourne
Director: John Gavin
This is a really powerful film - it’s simple, but the idea is brilliantly delivered. The Public House make great work, it has to be said. A sad note though on the music, the Irish pianist Conor Walsh who wrote it passed away suddenly in 2016. He made minimal yet profound music, and the choice of ‘The Front’ was the perfect backdrop on this for so many reasons. Extremely well done.

Agency: TBWA\Dublin
Production: Antidote
Post: Windmill Lane
Music: denis.
This one is admittedly one that I composed the music for, but I love it because of the way the story was treated. Ben Jones did an expert job directing young Aoife - you really feel for the kid in it. It was just a great piece to be part of. Reindeers are treated as a humorous trope a lot of the time, so it was nice to rework that idea into an enrapturing cinematic film. Tissues at the ready!

International Organisation for Migration (IOM) - 'Employee of the Month'

Agency: TBWA/Dublin
Director: Matthieu Chardon
I had no idea what I was watching when this came on, but the moment it switched moods, I got pulled out of my thoughts and was really paying attention. It’s a frustratingly simple film, but does exactly what it’s meant to do. Human trafficking is a grim reality and it’s an important message to be heard. Brilliant work.

Agency: Core
Production: Saturday Films
Director: Stevie Russel
Cancer is never a comfortable conversation, but I really was moved by this film. With a simple rug pull, it reminds us of the seriousness of cancer while emphasising a solution. Steve Lynch’s score is beautiful and perfectly strikes the right tone. It’s important that PSAs offer a solution - not just a reprimand or a fear inducing message - and I think this does it very well.