Creative director at Core in Dublin, Mark Tuthill, teases a mystery common theme in his choices for today's Irish edition 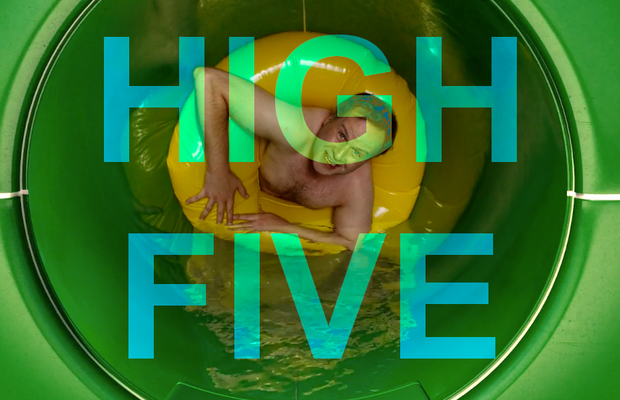 Thanks to LBB for inviting me to choose five great ads from the past three months. I should hold my hand up now and admit I’ve failed, but four out of five on any test I’ve ever completed is certainly a good result in my book. As per the brief (who doesn’t love that word), I’ve weaved a theme into my choices, but where’s the fun in revealing it!? After all, if you don’t leave enough room for the audience to fill in the gaps, you’ve already failed...

Agency: Rothco, part of Accenture Interactive
Production: Nice Shirt
Post: Raised by Wolves
Music: Manners McDade x Extreme Music
This is a really engaging piece that has all the hallmarks of an unmissable Netflix documentary. It’s got great characters, considered editing and a brand that knows its place. It’s always nice when an ad doesn’t feel like an ad. This doesn’t.

Agency: Boys+Girls
Production: Sweet Media
Post: In-house at RTE
Great writing, directing and yep...storytelling. Not always a popular word, but it’s the heart of great advertising and brilliant drama (Netflix again, anyone?) It’s also another demonstration of brilliant craft from an agency who excel at it.

Agency: TBWA\Dublin
Production: Antidote Films
Post: Windmill Lane
Music: Denis Kilty
Apologies for including a Christmas ad (that old cliché), but this is a wonderfully directed piece of cinema disguised as an advert - with a perfect narrative art to boot. It was certainly the Christmas ad of the year, and you could potentially argue that the word 'Christmas' should be removed from this sentence...

The National Lottery - 'It Could Be You'

Agency: Core
Production: Arrow Films
Post: Screen Scene
I have to hold my hands up here and admit that this is a project close to home, but what I believe is a great example of showing and not telling. It asks the question 'what would you do if you won big on the Lotto?', and more importantly, 'how might you hide it?'

Agency: Paul Thomas Anderson
Production & Post: MGM
This is where I fail, only scoring four out of five and risking the chance of ever appearing on LBB again. But in the absence of a great piece of work to round off my High Five, it felt better to sign off with a master (if those film fans reading will forgive the pun). Have a great 2022!

Core Recognised as a Best Large Workplace in Ireland 2022