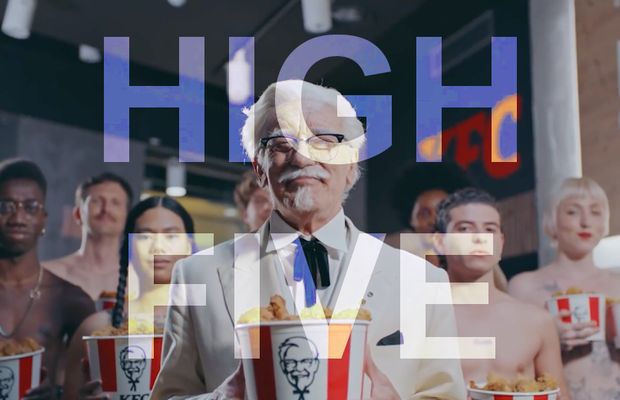 Do you know why advertising is changing? Because people have already changed. Maybe at the moment they are just unaware, but the change we are facing is huge. So, here we have five examples; first attempts that I believe to be brilliant and depict how languages are moving forward, according to the new reality, rather than the new normality...

Barilla - 'CareBonara - The Origins of Carbonara'

Agency & Production: Alkemy
Music & Sound: Jackleg Studio
A marvellous example of branded content mixed with a touch of instant marketing. In occasion of the Carbonara Day - a cultural moment that is exquisitely Italian - Barilla tells the story of how the dish came to life. This idea is not only brilliant for how it was executed through impactful and visual storytelling, but also for how the brand has managed to associate itself with one of the most iconic pasta dishes in the world. This association can be very powerful and resonate well for consumers; next time they’ll want to cook a carbonara, they are more likely to select Barilla as the pasta of choice.

Agency: Gibbo&Lori
Production & Post: Sedici:9
Music & Sound: Foxtrot Audio
In this case, the message revolves around defeating stereotypes and accepting diversity in sexual orientation, which is something that we see often in advertising. However, the language helps to underline a cultural stereotype that is very true and specific in Italy - the father warning the boyfriend. Traditionally these recommendations will regard his daughter, but in this case, we see two young guys as protagonists, with the father maintaining his traditional role. This simple 'plot twist' helps to convey a strong message of acceptance.

Agency: M&C Saatchi Milan
Production: Utopia Productions
Services: Rec roma e Freedom
When talking about electric cars, performances are often overlooked and the driving experience can be perceived as 'boring' when it comes to these vehicles. With MINI being an urban and fun-to-drive car, with a brand historically associated with the 'go-kart feeling', we had to think of an idea that would position the full-electric model as exciting and electrifying. Therefore, we thought about a challenge between MINI and the subway, the other urban electric vehicle, that underlines the adrenaline and the performance of the electric model. An electrifying new chapter for the brand, in the unique setting of the world’s most historic city: Rome.

Agency: Publicis Italy / Le Pub
Aesthetically speaking, this is one of the best works in this selection, with a great setting in the city of Barcelona and a visual treatment that recalls the brand identity. The idea is tied with the song that accompanies the video, almost bringing to life the words of the singer. A song that perfectly displays the common situation of the world in the recent months, a condition of waiting for better days and to 'discover' freedom again. This work represents a true anthem for the 'Heineken Generation' that has been patiently waiting, and now is ready to embrace freedom and, as the song says, to meet again.

Agency: Freeda Media
An interesting perspective on how to bring to life the support to the Pride Month and explore themes such as diversity and inclusion. With this campaign, KFC aims to celebrate these values, while maintaining its typical tone of voice. No 'rainbow-washing', but simply and clearly showing how KFC brings differences together. A work that is based on the accurate insight that, in front of a chicken bucket, we’re all the same, and it’s more important what you do rather than who you are.