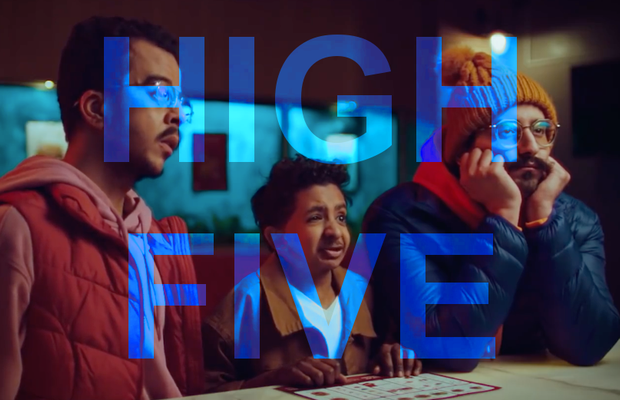 I am Saadi Alkouatli, a creative director at Leo Burnett Riyadh, Saudi Arabia. I started my career in New York City after studying in San Francisco and then moved to the Middle East: Jeddah, then Dubai, and now Riyadh. Saudi Arabia has been headlining news with exciting changes and a bold 2030 vision, to create a vibrant future that realises the immense human, cultural, and natural potential of the country. With the momentum of this vision, the advertising scene has also started to creatively accelerate and reflect a presence in award shows and media.
Here, I select five pieces of work that illustrate creative and culturally-innovative ways of advertising to a region in the process of great change. For each one, I describe the campaign and highlight the cultural insight.

Agency: MullenLowe MENA
I’ll start with an innovation called Protect Set: a first-of-its-kind headset that protects young gamers from predators during online gaming by making their voices sound older. Using voice-modifying technology, the innovative product not only helps stave off child abusers active on gaming platforms, but it also raises awareness about the issue worldwide. This is a great product for a market like Saudi Arabia, where 37% of the population is below the age of 14.

Agency: Havas Dubai
My second piece of work was this simple yet so on-brand idea launching the first Lego store in Jeddah, Saudi Arabia. The LEGO Store redesigned the cover of a leading Saudi newspaper, Al Madina, on the morning of Saudi National Day 2020 to highlight the nation’s pride and progress, while advertising the Lego Store launch. The front cover of Al Madina was completely recreated in real-time to build, photograph, design and distribute the newspaper made with LEGO to newsstands across Riyadh and Jeddah, all on the same day using LEGO within a few hours of their National Day special paper edition being released. This activation works as a fitting tribute to the Kingdom's vision.

Agency: Wunderman Thompson Riyadh
The third piece of work features Burger King’s announcement of their enhanced world-famous Whopper. The challenge here is that the whopper is not famous in Saudi Arabia. The creative insight was that there is no letter G in the Arabic language making it difficult for people to pronounce the word ‘burger.’ They basically created a continuous debate on how to pronounce the 'g' in burger. So BK invited people to say 'burger' any way they want as long, as they mean Whopper. This was a culturally-unique way for BK to engage people and make the Whopper the talk of town.

Agency: Habbar
And now that we are talking burgers, my own kids made me choose this fourth ad. Since the moment they saw this ad, it has worked its way into our everyday. They start singing it whenever they get hungry. And this is a great example of the local agency startups that popped around the Kingdom fuelled with very native creatives hunger for ideas and making their mark on the advertising scene. After digging deep with the children to see why they loved this, they showed me the hypnotising one-billion-views 'Duck Song'.

Agency: Leo Burnett Saudi Arabia
We can’t mention burgers without giving a nod to the Golden Arches, which brings me to share one of our own agency’s pieces of work. We created this insightful outdoor ad for McDonald’s in Ramadan, 2020, which is the month when Muslims fast from sunrise to sunset. The objective of campaign was to allow McDonalds to hack the unspoken rule not to advertise food during the day, while people are fasting. So instead of showing food, we created the Iftar Sand Clock, a clock in the iconic shape of the golden arches that was gradually filled up with sand over the course of the day, to be finally full at sunset time (iftar), when people can break their fast. It was aimed to help people build up an appetite, to be a constant reminder when they could eat, and to remind them to order McDonalds before iftar time.