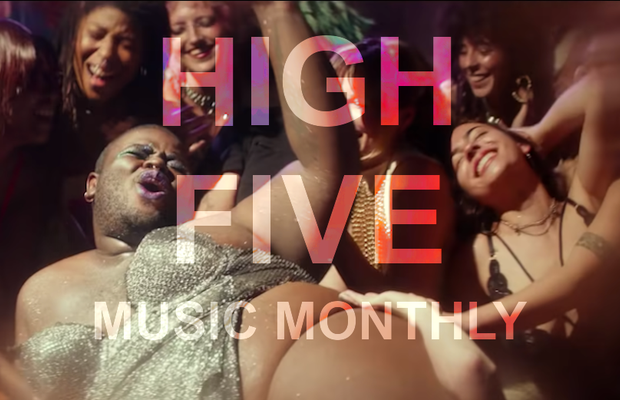 Identity can be a complicated mess, and we’re all often looking for examples of similar and entirely different human experiences that help us navigate the daily chore of determining who we are within our culture and society. For artists, this task is personally profound, and their outward gift is to connect us to the spectrum of our own and others' experiences. Sometimes a four-minute music video can transport us to our past, celebrate our diverse present or embolden a bright future. Each seems equally worthwhile, don’t you think?

Mitski - 'Working for the Knife'

Production: Portal
Director: Zia Anger
Colour: Technicolor-PostWorks NY
Label: Dead Oceans
Beginning on the darker side of the spectrum, this reminds me of the imminent danger of a Julia Decournau film. It has sweeping dramatic shots and the use of visual metaphor with her existing identity as 'the cowboy' (albeit, in silk pyjamas), now entering the realm of high-brow art venue. Incredible performance art and the cessation of the actual song it serves makes a statement on the entertainment industry at large, and its effect on the artist. I haven’t seen a video where the lack of the actual recording both boosts the song and makes its own statement at once.

Writer, Director & Oracle: Haley Fohr
Co-Director: Rudy Rubio
Label: Matador
Striking imagery and beautiful symbolism mark this visionary artist and her close friends as they independently make a statement on belief structures. Haley’s voice has been one of the most powerful, evocative musical forces for years, but seeing her visual sensibilities as she stares through the camera is a deeply jarring experience for the viewer.

Production: Summit Collective
Directors: Honey Simone x Garnet Fisher
Some transformations take patience, simplicity and focus - let alone an eye towards textures and the real-feels of human touch and embrace. I watch this video repeatedly and feel the same shift from curiosity and slight boredom to unabashed glee and abandon every time. Filmed in the old church where she recorded this record, this groove-laden hook monster washes over you. Suddenly, you’re right there euphorically dancing in the glory of these actual friends from the Asheville queer community who celebrated their individual identities via a video production that must have been equally as fun on and off camera.

Common ft. Black Thought and Seun Kuti - 'When We Move'

Production: Fola Studios
Director: Emmanuel Afolabi
Film grain, dynamic choreography and impeccable style play secondary roles in this powerful statement of Black excellence and culture-leading artistry. Bolstered by clips of the Black Panther party, Nelson Mandela and Muhammed Ali, this is a pure celebration and reclamation of identity amidst a culture constantly misappropriating and undervaluing those who’ve put us all on their shoulders as artists and cultural leaders.

Production: Crack Cloud Media Studio
Label: Sacred Bones Records
Turning the lens on the creators themselves, this light-hearted, imperfect yet gorgeous video shows the exuberance of raw youthful music video creation at its core. I hope directors young and old find some commonality with the bright-eyed film students and their passionate miscues. Sometimes, artists make art for the community they build along the way.