Head of PR and photography at CZAR Amsterdam, Nina Brigitte Pus, uses her wealth of knowledge to showcase five of her favourite ads to come out of the Netherlands recently... 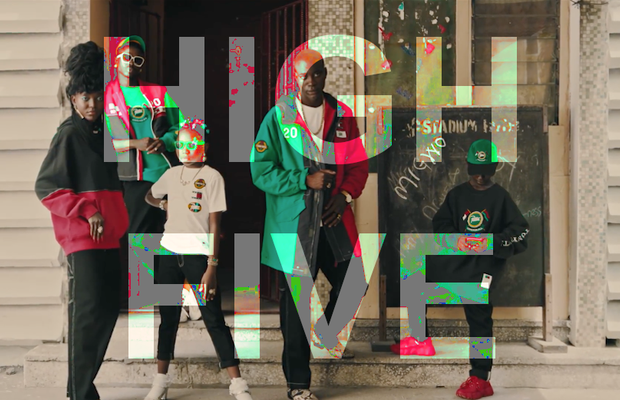 Nina Brigitte Pus, head of PR and photography at CZAR Amsterdam, has a long-standing relationship with the creative industry. Before making the career switch into film and photography, her background spans a Bachelor in Design and exhibitions such as Dutch Design Week. In 2019, she joined forces with the award-winning production company and photography agency to establish its PR department, and expanded into her current role in April 2021. Nina’s passion for the film and photography industry highlights engaging projects, storytellers and creative content. Building up a network of partnerships, including Fashion Film Festival Amsterdam, she excels in helping develop talent and being a collaborative player within the creative community. Nina is also a curator at Girls in Film Amsterdam, which is part of the global platform Girls in Film, representing, championing and connecting a new generation of female, non-binary and trans creatives in the film industry. Here, she uses her wealth of knowledge to showcase five of her favourite ads to come out of the Netherlands recently...

Director: Dafe Oboro
Amsterdam streetwear brand Patta and Tommy Hilfiger have joined forces for the first time and created this campaign together to celebrate the 100 year anniversary of the Pan-African Flag; which symbolises Black unity and freedom. The short film is made by a Nigerian filmmaker, Dafe Oboro, and the photography is by Moroccan visual artist, Hassan Hajjaj. The whole campaign is so well crafted and tells us such a powerful message.

Monte Velho - 'Made Slowly in Portugal'

Agency: KesselsKramer
With my background in design and ceramic craftsmanship, this new campaign for Monte Velho really struck a chord with me. It was made with the intention to bring back an appreciation of local craftsmanship. The wine-making process is compared with other time-consuming crafts from Portugal such as ceramic, pottery and tapestry making. I think it’s so important to make people aware of the fact that just like these crafts; making good wine takes time. Especially in a world where we demand and want everything within seconds.

Project Fearless - 'How to be a Roll Model'

Agency: Wieden + Kennedy Amsterdam
Director: AL Lewis
Music: Adelphoi Music
Created by Wieden + Kennedy Amsterdam’s art director, Emma Mällinen, and copywriter, Ane Santiago, this short aims to show the diversity of role models within the skating scene. It is a personal favourite of mine. The cast and crew of this film are largely composed of women and I believe the message to be a necessary one. We need more videos like this one and more role models for girls in male dominated fields / environments!

G-STAR - 'Hardcore Denim for the Future'

Agency: The Family
There is something so positive about Dutch brand G-Star’s focus on the future and these little toddlers in denim certainly make you smile.

Agency: DenstuACHTUNG!
Production Company: CZAR Amsterdam
Director: Sophie Dros
Sophie Dros uses her background as a documentary filmmaker to make a commercial which represents the everyday streaming viewer. She translates a relatively simple idea into something quite magical using a host of projections. These surprising visuals are beautifully crafted and make for a compelling watch.

Grolsch 0.0 Beer Captures the Joy of the Season