Creative development director at MassiveMusic Amsterdam, Dolf Bekker, opens up on five projects from the Netherlands that have entertained him over the last few months 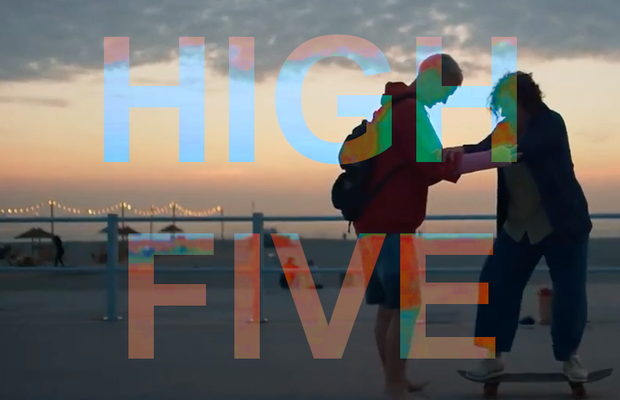 My name is Dolf, I’m 34 years old, my favourite colour is blue and I’m the creative development director of Europe at MassiveMusic. I used to play bass in bands and I’m a sucker for depressing music (which is why I sometimes still wonder how I ended up in this industry). I love to enhance narratives through music (and music through narratives in a way...I talk a lot) and I have a thing for ads that are either really powerful or just very entertaining. Today I want to take you through some recent Dutch-made ads that focus on the latter...

Agency: 180 Amsterdam
Production: SMUGGLER
Director: Adam Berg
An homage to Bond films, this is classic advertising at its best. Now that ‘No Time To Die’ will finally hit the cinemas this month, this DHL campaign can shine in all its over-the-top glory. Explosions, car chases and fireworks combined with familiar tongue-in-cheek humour makes this film very 'Bondesque'. The Carly Simon song - originally featured in ‘The Spy Who Loved Me’ - is the cherry on top for this great campaign, so hats off to the peeps at 180Amsterdam and Adam Berg for making something so shaken, not stirred.

Agency: KesselsKramer
Production: HALAL
Directors: Thessa Meijer and Anna Maria van ‘t Hek
Post: The Compound
Music: Julius Jongsma
I love it when ads don’t take themselves too seriously. Cinema group ‘Cineville’, known for its left-field programming, takes us through all the beautiful experiences of cinema in a beautifully styled, yet rather absurdist fashion. Directors Thessa Meijer and Anna Maria van ‘t Hek seamlessly bring each ‘cinematic universe’ to life, but it’s also over the top and ‘Hollywood’ in a way. It really makes me want to go out and see films in the cinema again (which is what we all should do by the way). Also, the horse casting by Helen Wang is on point, fabulous mane on that mare.

Agency: TBWA/NEBOKO
Production: Pink Rabbit
Director: Ismael ten Heuvel
Music: Ben Forte, MassiveMusic
For our own submission, I wanted to showcase something light, endearing and heartwarming - seeing as we could all use a bit more of that, couldn’t we? I also wanted to show something very Dutch (it’s a Dutch High Five after all and no that’s not a euphemism), namely the National Dutch Rail (NS). It has a sweet little narrative about a teenage grandson who has missed precious moments with his nan and can finally get back on the road with her, now that we’re slowly returning to ‘post-pandemic normalcy’. The Utrecht-based artist that we collaborated with, Ben Forte, also briefly featured behind the piano in the first few seconds (note: the real life station-pianos across the country are an important feature of NS campaigns), sings about how this is what we truly needed (‘Dit is wat ik nodig had’) – to let ourselves go and spend time with our loved ones.

Agency: Lynk & Co x HALAL
Production: HALAL
Director: Caroline Koning
Post: De Grot
Music: 'Bird's Lament' - Moondog
Licensing: Howl.
As someone who lives in the middle of a city, doesn’t own a car and isn’t a very good driver, I highly appreciate it when a car brand is challenging itself to redefine the experience of a car beyond the essentials. The film very much plays with our standard preconceptions of car ownership and how L&C are trying to change that in a way that (perhaps) makes way more sense. Choosing ‘Bird’s Lament’ by Moondog as a soundtrack also makes a lot of sense: the man went from a blind, homeless musician dressed as a Viking to a central figure of the 1960s New York avant-garde, revered by musicians such as Charlie Parker, Steve Reich and Janis Joplin! Sometimes you might have to start a bit unconventional to be able to grow into the innovator and genius you secretly already were. Maybe Lynk & Co already understands that too well...

Samsung Galaxy - 'I’m Open To That'

Agency: Wieden+Kennedy Amsterdam
Production: Iconoclast Alaska
Post: NASH
Music: String and Tins
Apparently going over-the-top was all the rage this summer (or perhaps it’s just what I like in advertising and I’m just happy Samsung is bringing back flippy phones) and boy, does this ad deliver on that. Although I’m not really a Broadway Musical kinda guy, said format works really well for this ad and it’s mostly just really really fun. The spontaneous ‘bursting into song and singing about what I’m doing / seeing’ mechanic combined with all the silly things we do on our phones until we get the point of ‘well, that’s enough internet for today’ flows nicely with the play on words of ‘I’m Open To That’ to a phone that literally opens. I think I might be over-explaining it, so just kick back and enjoy the really fun film...

On Music and Film Craft (and Short Films with Long Titles)

Now, That's What I Call Massive! Hans Brouwer Looks Back on 20 years of MassiveMusic