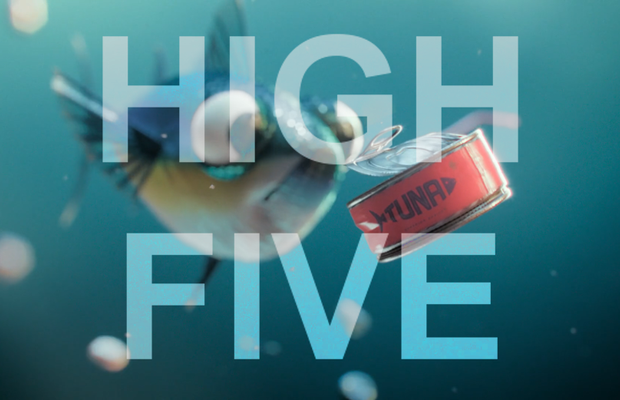 The High Five channel on LBB has been a space for our editorial team to showcase the best work from specific markets for more than three years now, but we’ve decided to maximise its potential. From now on, we’re making it much more global and incorporating the international creative community into it. Each instalment of High Five will focus on five great pieces of work from a specific country or region, selected by a key local figure in the creative landscape there.
Today is the turn of the Netherlands, so HALAL partner and EP, Gijs Determeijer, felt like an obvious choice. Once you get him talking about the filmmaking talent in Amsterdam, it’s hard to shut Gijs up. So choosing just five inspiring pieces of recent Dutch work must have been hard for him.

As pride celebrations are compromised across the world, 'Pride is Protest' is a powerful reflection on the event’s intersectional roots and personal resonance. A film by Al Lewis reconnecting the celebration of Pride with its activist roots through the many voices of Amsterdam’s LGBTQIA+ community. To me, it's a superb example of how the change in circumstances this year provides an opportunity to reflect; as hundreds of Pride events are cancelled due to the pandemic, there's a void in which creativity can fuel connection and a different kind of celebration.

This week, ASN Bank introduced us to the 'Leftover Tuna', the latest character in their storybook aiming to help change perspectives from short-gains to long-term thinking. The concept is effective and showcases the craftsmanship coming out of the Netherlands; it's the fifth 3D animated commercial the bank is pushing and 'The Leftover Tuna' follows 'The Creature of Habit', 'The Dayfly', 'The PVC-Horse' and 'The Shadybug' - all having made an impactful mark on the messaging of the brand.

Agency: 72andSunny Amsterdam
The brand's first EMEA campaign since Covid-19 changed the world. Together with 72andSunny Amsterdam, Coca-Cola returns to the air with a spot capturing a pinnacle point of change with a manifesto by George the Poet. What personally draws me to this campaign, is the intensity of the spoken word. I think these times set the ground for a new appreciation and understanding of the power of language, wording and the discourse embedded in communication. That being said, local understanding is equally important, something the same brand experienced when having to remove a recent OOH banner in Amsterdam.

Budgets for music videos have been drastically cut in the Netherlands since there is no government funding anymore to support this art form. This makes it challenging to make anything outstanding, so I think Michael Middelkoop took a simple idea and made a beautiful little film out of it! Luckily, every now and then an international artist with a bigger budget finds their way to the Netherlands, like this recent video for 'Washed Out' (director Caroline Koning).

I couldn't round up this High Five with mentioning the Netherlands' contribution to Beyoncé's 'BLACK IS KING'. The visual album that was released on Disney+ this month features directing artistry from the Ghanaian-Dutch director, Emmanuel Adjei. The work speaks for itself, and if you haven't already, it's definitely worth a watch!