Corey Chalmers, executive creative director at Saatchi & Saatchi New Zealand, puts a positive spin on the start of the week with five projects that put a 'smile in his mind' 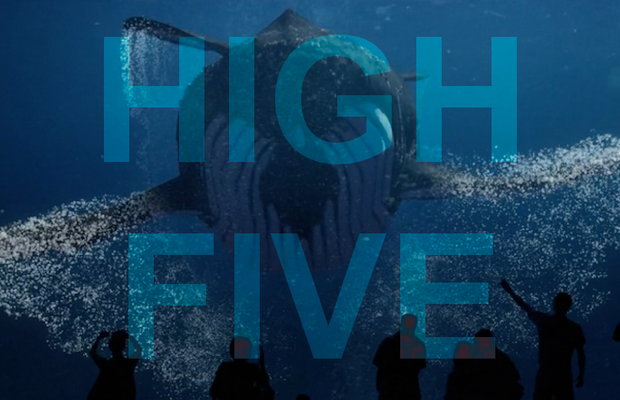 I started this year determined to double down on optimism, so this wonderful chance to reflect on recent work out of NZ was the perfect first brief of the new year. When thinking about what connected the five things I chose, it really came down to that lovely phrase 'a smile in the mind'. All the work deserves the attention it earns for all the right reasons, whether it be through wit, craft or fun. I’m doubling down on optimism, so High Ten, everyone!

Contact Energy - 'It’s Good to Be Home: Making It Rain'

Agency: Special Group Auckland
Production: FINCH
Director: Christopher Riggert
Post: Blockhead
Music: Karyn Rachtman
I’m a sucker for a bit of magic realism, and this spot really charmed me first time I saw it. It’s nice to see some sweet narrative after a huge amount of VO manifesto stuff in 2021. Extra points for great choice of ELO for the soundtrack, and I like the simplicity of the direction. It might seem at odds in a time where a lot of us are really sick of our homes, but it’s true - it bloody well is good to be home. Although why the Dad looks like an out-of-work undertaker, I have no idea. But you do you, undertaker Dad.

Agency: dentsu Aotearoa
This one gave me a smile which was much appreciated after the car-crash-meets-dumpster-fire of 2021. They could have done the 'reconnect with your family this Christmas' route like every other airline, but kudos to them - it’s not deep, it’s not purpose-based, it’s just good, clean, uncomplicated fun. We’ve all earned a bit of that, haven’t we!?

Production: Assembly
Online Experience: Waxeye
Assembly are motion graphics legends, but to me, they’re artists in their own right. The NZ Pavilion at Dubai is a seriously impressive experience, and this giant projected imagery is typically Assembly: galaxy-class craft, intricately layered details and uncompromising vision. It’s a super modern take on New Zealand filled with the spirit of kaitiakitanga (connection to the natural environment). It makes me proud - as always - to be Kiwi.

Agency: TBWA\New Zealand
Production: Tutu
Director: Robin Walters
I didn’t know what to think when I first saw this, but I’ve found it gets funnier the more you watch it. The shouty voice is hilarious when it could easily just turn out annoying, and I like the constant setting off car alarms gag. The idea that everyone who works at Noel Leeming is called Noel Leeming is also a bizarre and funny idea on its own. And I’ve heard actual real people in the real world mention the ad too. It's nice to see a spot that doesn’t take itself at all seriously. What a pleasant relief.

Chorus - 'Bigger Than We Can Imagine'

Agency: Saatchi & Saatchi New Zealand
Production: Flying Fish
Post: MANDY VFX x Studio Local
Music: Liquid Studios
OK, this is one of ours (it’s allowed) but it’s funny, Kiwi as and a simple way to get across and celebrate the incredible fibre network we now have in New Zealand - top 10 in the world for speeds (we love a good top 10 in NZ, especially if it’s per capita). Director Gary John is a funny man. Challengingly shot in lockdown, where green screen and outdoors location - and kick ass CGI - are your best friend.

Pepperstone Trading Gets Inside Day Traders Heads with Global Campaign