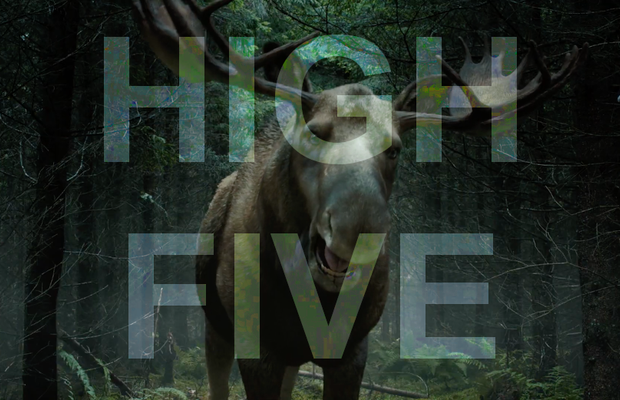 For my High Five, I have selected two social campaigns, a protest song against pedophilia in Catholic church, Netflix branded content featuring the Polish pianist and the catastrophically funny burger commercial...

Agency: Pacyfika
Production: Love TV & Digital
Sound: Juice
Very important social campaign against the destructive changes (e.g. consent to discriminate - inter alia - minority groups, LGBTQ+, and so on) to Polish education introduced by the minister of education himself. The outrageous words of Przemyslaw Czarnek were put into the mouth of a little girl to highlight the indoctrination of hatred that takes place in Polish schools. I’m proud to say that Juice participated in the project delivering the sound design. Kudos to everyone in the industry who uses their talent and resources to support neglected communities!

Script and Direction: Grajper
Production: MOON Films
Post: Televisor
Pedophilia in the (Polish) Catholic church is the main theme of Maria Peszek's new song 'Barbarka', which features a guest appearance by Oskar from PRO8L3M. Children are practically defenceless in a clash with adults - in addition to physical weakness and innate trust, they are conditioned to obey (fortunately this is changing), but to me, the harm done to the youngest is particularly horrifying. That’s why I highly appreciate the artists who use their platforms, channels, and all the medium to scream their protest. Besides that, the music video has an amazing execution, a fresh approach to framing and editing that really carries me away.

Agency: PZL
Production: OTO Film
Post: Platige Image
Did you know that beer brand Żubr (or in English, Bison) saves lives of endangered species in Poland? I really like the overall performance of Żubr, as they have been delivering good quality and fresh ideas for almost two decades, which has strongly positioned the brand. Starting with the fact that their name and symbol is an endangered Polish animal - Bison, their corporate fund helps to buy parcels of land to enlarge Biebrza National Park and help the endangered species, it’s a cool example of corporate social responsibility.

Netflix - 'Open Your Eyes and See the Music'

Agency: GONG
Production: Melt
Innovation at the highest level introduced in commercial work! I’m fond of new technologies and I believe in combining them in visual and cinematic productions. This is a perfect example of the effect you can achieve. Perfection.

Agency: DDB Warszawa
Production: Papaya Films
Post: RIOdePost
Sound: Juice
The force of the seismic tremor has quadrupled up and the volcano is on the verge of erupting...I like the old school vibe of the disaster movie trope and it was filmed near my family's house. But seriously, it's a nice script that was executed very well!

Juice Takes You Behind the Scenes of the Live-Action, CGI Hybrid 'The Liberator'