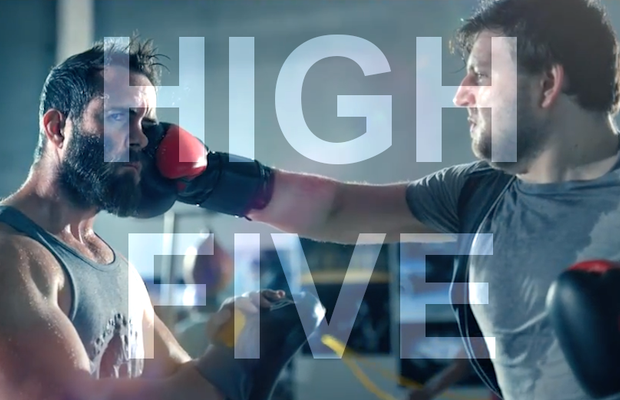 As a creative director, I have been trained to have a keen eye on work that has a strong and happy mix between artistry, messaging and appeal. For me, it is a true delight when a piece of work is creatively captivating and emotionally provocative. I have been fortunate enough to have been in the industry for some time, both in South Africa and in Europe, so I am thrilled to see the South African industry being recognised for its unique artistry. To produce a piece of work that connects to audiences and explores different aspects of creativity (while informing and entertaining) is a true gift. The selection of work I have chosen below celebrates recent work from South Africa that is striking because it encompasses a strong message that's beautifully delivered and professionally executed...

Chicken Licken - 'They Also Crave It'

Agency: Joe Public United
Production: Romance Films
Post: Chocolate Tribe
Music: Pressure Cooker Studios x James Matthes
'They Also Crave It' is one of our picks because it brings a nostalgic and an adventurous spirit that speaks to the universal love for classic sci-fi. This ad is quite novel for South Africa as it is a market traditionally dominated by edited ads. We give kudos to the agency Joe Public United for taking this leap of faith on a character animated ad that pushes the South African industry in a new direction and opens the market to new ways of storytelling. As Chocolate Tribe is the post-production studio on this piece of work, we are hugely stoked to have been part of this groundbreaking project. We were tickled pink to design and create Zezorc from scratch, which gave us the opportunity to explore the full breadth of our skills. This ad not only showcases the commitment to great storytelling in the South African advertising industry, but also the desire to stretch into new creative spaces. This is highlighted by the fact that 'They Also Crave It' won best animation at the Ciclope Africa 2021 awards.

Agency: TBWA\Hunt Lascaris
Production: Bioscope Films
Director: Fausto Becatti
Music: Pressure Cooker Studios
With stunning photography and vibrant imagery, Spotify’s Premium 'Unleash' is an eye-catching masterpiece. This ad knocks it out of the ballpark for being the first South African Spotify Premium ad and sets a high standard for future Spotify Premium ads to come. The ad features beautiful lighting, editing and choreography. It delivers on all counts, including the way it encompasses our cultural diversity in South Africa, which is embodied in the various genres of music. Through the essence of South African music, this ad highlights Spotify Premium’s broad offering to the South African audience.

Agency: Ogilvy
Production: Patriot Films
Post: Black Ginger
VW’s 'The Power of VRRR PHA' is a feast for the eye and full of character. The concept is playful yet underlines the VW brand perfectly - everything feels like it is in slow motion unless you own a VW GTI. The ad has a great pace that provides an entertaining front seat view from the VW. It shows personality while showcasing the product efficiently. There is the star of the show and the world around it is playing second fiddle. Such a fun ad and hugely entertaining.

Agency: Joe Public United
Production: Romance Films
Post: Chocolate Tribe
Music: The Workroom
No doubt this Nedbank commercial directed by Greg Gray is beautifully filmed and tastefully delivered. It engages with all our senses, our vices and virtues. Several superb locations were utilised to tell several human stories with creative flare. Each scenario makes a thought-provoking statement in a truly artistic way that takes audiences on a captivating inner journey. As graphical and magical each scenario is, it still stays very believable and grounded in the point Nedbank is engaging us on to: taking money seriously. Financial conversations are often not easy to navigate, but in this ad, we are visually tantalised while ethically challenged to think differently.

Production: Romance Films
Nando’s is a South African household name, known to pull no punches when it comes to advertising, often using humour and social commentary to connect with audiences. Romance Films, with director Jabu Nadia Newman, had South Africans rolling with laughter at the same time lamenting the corruption prevalent in many countries but also in South Africa. Not a fun topic, but it's made palatable with humour for the South African taste buds to showcase that, even in tough situations, humour remains the best medicine. This ad cleverly combined current events and play on words, true to Nando's' style of delivering its tasty chicken and salty humour, with the added bonus of guest appearances by Leo Prinsloo and Lloyd Mthombeni - the duo who went viral internationally for calmly handling a cash in transit heist in April.