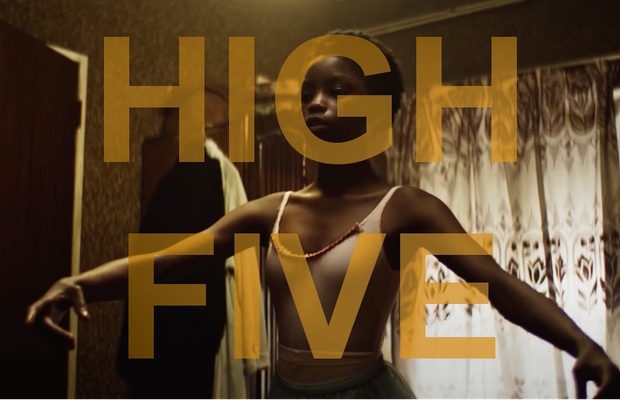 When commissioned to do this, in my mind, it was a simple task. Show spots that I wish I had done and felt a sense of envy watching yet at the same time felt where perfectly executed, South Africa over the last few years has had such a resurgence in new talent coming through. This with a combination of the existing talent having to raise their game has created a very interesting landscape with some high level of work coming through. We are a nation that has such a sordid past and wants to heal and move on. One way I’ve always believed we can do that is through story telling. So, some of the pieces I believe are pertinent messages especially in these precarious times we find ourselves in.

This piece which falls part of a greater campaign of spots all really worth watching.  What a fantastic opportunity that was taken with both hands. Cinematically poignant and with an edit to match. Further to that their where things struck me as a director watching this. One was I didn’t feel the references. This is a spot that could have easily been over influenced by its predecessors. However, I felt it had its own unique voice. The scene in the snow in Moscow. Was something I can only imagine the director must have fought hard for and can only imagine the conversations around it. So hats off to him for selling it and delivering it.
Production company: Bioscope Films
Director: Fausto Becatti

Another important and extremely relevant problem to South Africa. This piece may go over anyone who isn’t from here as they may or may not recognise or understand the song at the end. It is in fact our national anthem which has been used to unify us as South Africans since Apartheid ended.
First time I watched this spot it most certainly evoked an emotion within me. A scary reality in our country at the moment is Xenophobia. I felt this concept pulled no punches and neither did the direction nor performance. I was blown away by leads raw emotion. That combined with a certain level of built-up tension through fantastic sound design and well thought out Cinematography makes for a pitch perfect piece of storytelling.
Production Company: Seriti Films
Director: Ernest Nkosi
Agency: The Odd Number
Post Production: Ludus Post Productions
Sound Design: Sterling Sound / Sean Williams
Cinematographer: Brendan Barnes SASC

Bit of a change in tone, but I love the beats on this. I also love the Pi**  take on these over bearing “mixologists”
Some of the gags on this in the wrong hands could have gone south fast. But Greg nails it.
Production company: Romance Films
Director: Greg Gray

I think about the millions of potential directions this spot could have gone on. This could have for example been oversimplified. Yet such a multi-layered story deserved a multi-layered approach. The editing on this is simply superb and the use of stock/historical footage is integrated so perfectly. I love the pacing and the treatment on the final jump. Big ups to all on this.
Production Company: Giant Films
Director: Paul Ward

The Legend of Big John

Chicken Licken - Big John from They on Vimeo.

I was requested to post one of my own so I’m posting a spot that has actually been featured on here before. However, I’ve chosen to because since it was banned here in SA. I felt its important to show it again in light of other pieces being banned here subsequently and the danger around it. A Windhoek ad with Gerard Butler ad was actually banned here in SA last month because it apparently was a demonstration in toxic masculinity ( even though not one person I’ve met agrees), this Chicken Licken spot was banned because we shouldn’t present Colonialism in any shape of form, not even satire. So if you haven’t see the spot watch it and you be the judge.
Production Company: They Shoot Films
Director: Grant De Sousa
Agency: Joe Public