Jinho Kim, global creative director at Cheil Worldwide, shares five projects from South Korea that he has appreciated over the last few months 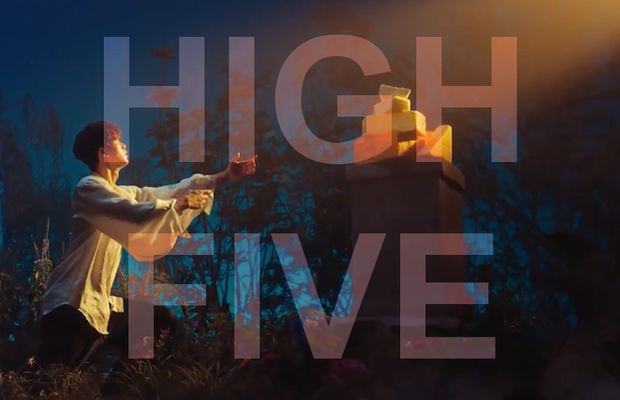 The work you are about to see are all simple pieces with differentiating points of view in their own over-saturated market space. They are not made for the sake of trying to win an award or showing off the latest on CGI - these are real pieces of work that try to connect with an audience on an emotional level, in which both creative and client deserve merit for pushing these ideas into the real world...

Agency: Cheil Worldwide
Subtitles:
"The Tale of Alvolo Wing Pizza. Here, I want to fly in the sky. Devoted to one's heart, there was a boy. Rare ingredients. Stacking them and stacking them again. Finally, the taste flies. It's called Wing Pizza. The birth of the Wing Pizza. Hand-made. Properly made. Alvolo. Pizza Alvolo."
Pizza Alvolo is a Korean pizza brand that prides in its quality ingredients, just like any pizza brand does, in my opinion. But this ad shows it in a different way: It tells the tale of a mythical boy who creates the ‘Wing Pizza’ along with the best ingredients. It’s cheeky and meticulously well-crafted. It’s an endearing storyline showcased in a traditionally Korean style - from the singing to the stage design - and yet there is nothing traditional about this ad.

Agency: Onboard
Cass Beer pursued a refreshing (no pun intended) point of view in the space of Korean beer ads during the summer. Instead of your typical models enjoying a beer in a perfect white-sand beach, this ad boldly shows and claims it is not that type of commercial, but a ‘real summer beer ad’. Sprinkled with intimate moments that most hard-working Koreans can definitely relate to, this campaign captures the really rewarding feeling of enjoying a beer, ending it with the line: ‘A time to be real’. And in that spirit, Cass should give me free beer for this flattering description of their work.

Agency: HS Ad
This ad taps into a clear problem that a lot of masks have - the difficulty to breathe when wearing one. And they clearly illustrate Airday’s confidence in addressing this issue with a simple test. It’s not the usual test that examines the material or the filtration system, but a more memorable one in which we see how people of different walks of life show how they are not hindered at all by wearing the product. It’s fun, catchy, and it doesn’t hurt to have one of the most popular K-drama actors to introduce it.

How About Here - ‘A Place Where We Won’t Have Trouble’

Agency: Innocean Worldwide
Subtitles:
"Thug: Hey! Down, down, down. It's okay. Brother-in-law? Father-in-law?"
This is an ad for a travel app called ‘Yogi Ohttae’ (which means ‘How About Here’). It helps you find deals for rooms at hotels, resorts, etc. across Korea. This 15-second commercial begins with a group of 'thugs' ordering the driver in the car next to them to roll down the window, alluding that there was a mishap between the two of them, and they just want to start some trouble. As the windows roll down, the main character notices the driver is his brother-in-law. To escalate matters, the old couple in the backseat are his parents-in-law. A nervous smile from the character accompanies the line: ‘Let’s run away to a place where we won’t have trouble.’ It’s not really a reason why most of us will go for travel, but its simple and off-beat premise makes me remember it, with a smile.

Agency: Studio Joh (studiok110)
Miwon is an old brand (since 1965) that sells a staple seasoning that’s in most Korean households. Targeted to young people (who possibly aren’t very adept at cooking), these series of online episodes show how Miwon is always there for you, since a long time ago. In this case, Miwon is personified as a young couple’s friend that always means well, but eventually ends up being the third wheel. It’s entertaining and funny - enough to rejuvenate the brand’s image.