Kim Hyun-min, head of creative at dentsu mcgarrybowen Korea, unveils five of his favourite projects to come out of South Korea in the last few months 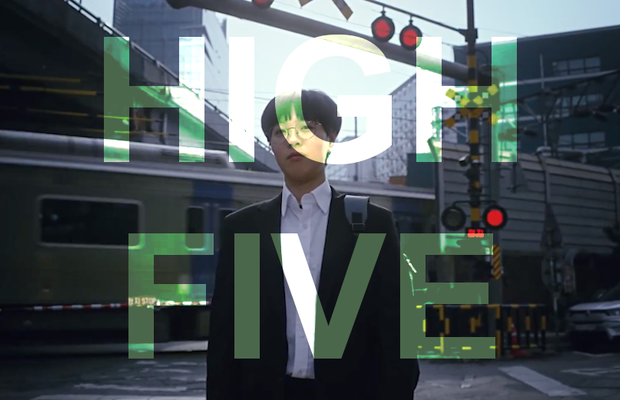 Head of creative at dentsu mcgarrybowen Korea, Kim Hyun-min, joined the agency in 2016 after working in the advertising industry for more than 20 years. He was in charge of Hyundai / KIA motors, SK Telecom, KT, Hankook Tire, CJ and Kolon Sports in TBWA\Korea and Innocean Worldwide, and he now leads the creative units and directors at this dentsu office. Here, Kim shares five of his favourite works to come out of South Korea...

ZIGZAG - 'Live As You Want'

Agency: Innocean
ZIGZAG’s brand image was changed to ‘fresh and luxurious’ by casting Yuh-jung Youn, the Oscar-winning actress. With the aim of expanding its target age groups, ZIGZAG hired Yuh-jung and differentiated itself from competitors that work with only young models to engage only young targets. The copy, 'Live as you want', drew empathy from the millennials with a pun - ‘Live as you want’ has the same phonetic pronunciation with ‘You buy as much as you want’ in Korean.

Ministry of Health and Welfare - '#Nodam'

Agency: HSAd
Releasing the Youth Smoking Prevention Campaign by generating sympathy rather than threat and fear, it's not the boring smoking prevention educational message or adult nagging that you hear all the time. Targets have empathised with messages tailored to the adolescent's eye level. This campaign has been spreading a 'no-smoking culture' by featuring the confident appearance of non-smoking teenagers who continue not to smoke.

Agency: HSAd
Job Korea is a job recruitment platform, and this Job Korea campaign is aimed at encouraging each generation that is tired of job searching and a hard-working life. The background music and the story of the TVC are reminiscent of nostalgia, evoking comfort and empathy from generations X, Y and Z. Many responded to this TVC with comments such as: "It's been a while since I watched an ad and felt so emotional" or "Oh, I love the ad" and so on.

Subway - 'Are You Ready to Eat with Me?'

Agency: Destruction Laboratory
Adapting the trendiest jokes of a comedian male model and a way of communication that are popular on social media these days, Subway induced their target to enjoy the ad content itself without any distaste for the ad. It's not an advertisement that forces exposure; it's an advertisement that targets a natural look which was the key for the successful result.

Agency: dentsu mcgarrybowen
This was a corroboration of technology and art. This TVC series expresses the quietness of Sienna Hybrid in an artistic way by using a KAPLA Art and PENDULUM art to appeal their unique function that captures even the tiniest tremors. Since they lose their balance even with a tiny quiver, the materials of KAPLA art cannot be stacked and PENDULUM art cannot draw a constant curve.