Co-founders of Officer & Gentleman, Javi Iñiguez de Onzoño and Alex Katz, delve into an eclectic range of Spanish campaigns from the past few months... 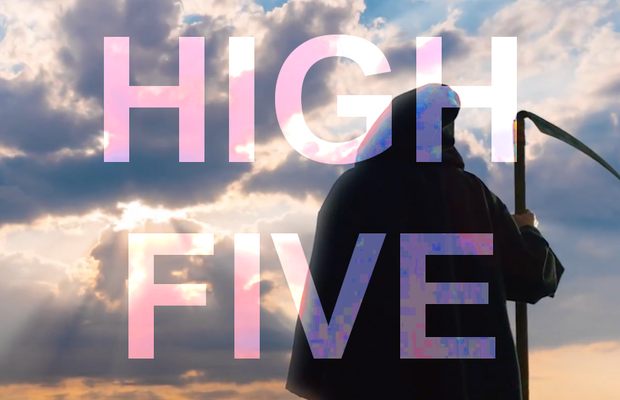 Agency: Ogilvy Spain
Hailing from Andalucía (a large region in southern Spain), Cruzcampo is a beer brand that has become symbolic of that region and its people. But while it’s extremely popular throughout the country, it’s one of those products that you either love or hate because of its particularly bitter taste. So although it’s adored in the south, it has its detractors elsewhere.
Something similar occurs with the Andalusian accent, a unique mix of regional dialects that enriches the Spanish language but which is often looked down upon in other parts of the country. That’s why we think Ogilvy Spain has done such a great job with their new concept for the brand, 'Con mucho acento', (which translate to 'with a lot of accent'), because it perfectly describes the beer and the Andalusian lifestyle that it is such an integral part of.
The campaign generated a lot of buzz here in Spain for it’s message and because it featured a resurrected Lola Flores (one the greatest Spanish artists of all time and a symbol of Andalucía in her own right), brought back to life via deepfake technology and the collaboration of her own daughters. In addition, the brand partnered with some of the contemporary artists that are redefining Andalusian pride: musicians like Maria José Llergó and Califato ¾ as well as Habla Tu Andaluz, a collective of graphic artists based in the region.

Agency: LOLA MullenLowe Madrid
LOLA MullenLowe Madrid has done a great job over the years at constantly reinventing the Magnum ice cream brand for the global market, and its latest campaign is no exception. In this case, they put the brand’s 'pursuit of pleasure' concept on display with an anthology of beautifully crafted anime films. So far, only two have been released, but we found them to be a really unique and unexpected take on the concept and great way to surprise audiences that may be more accustomed to the type of ads typically promoting products in that sector. We were also very impressed with how they subtly worked the product into each piece, making it central to the storytelling without making it feel like an ad.

Agency: DAVID Madrid
Burger King has been delivering back-to-back hits for a while now, yet they always manage to find unique methods of connecting with consumers. Its latest campaign, created by DAVID Madrid, is 'The Menu Court' - an original way to reach NBA 2K21 players by bringing the BK menu right to their home court and giving gamers a chance to win free items as they play. We really like how they integrated the brand directly into the game, capitalising on its popularity to put their product in front of the eyes of millions of hungry gamers. And by making Twitter an integral part of the activation, they ensured that NBA 2K21 players echoed the campaign across the platform.

Agency: &Rosás
This campaign by &Rosás for the launch of the Spanish cider brand La Prohibida (The Prohibited) was a clear choice for us for this list. It has all the ingredients to be successful on multiple fronts: A great concept, an impeccable execution (by Bárbara Farré and Canadá) and a catchy reinterpretation of a classic Spanish song (generating conversation in and of itself). The theme, 'Soy rebelde' ('I’m a rebel'), ties in perfectly with the campaign tagline 'No censures lo que sientes' (which translates to 'Don’t censor what you feel') to encourage consumers to embrace the 'prohibited' by practicing free expression and not bowing to social pressure.

Agency: McCann Madrid
Over the last decade, Campofrío’s Christmas ads have become a holiday classic here in Spain (similar to John Lewis ads in the UK). The company, a food producer specialised in cold cuts, may seem like an unlikely source for ads centred on happiness and enjoying life, but year after year they’ve built upon and reinforced that territory making it something Spaniards come to expect from the brand. But while they’ve been delighting audiences with great ads for years, we think the one they released this past holiday season is the best so far.
The spot uses the brand’s typical long format filled with famous comedians and cameos by well-known artist. But this year, it focuses in a tough topic: death (something that we’ve unfortunately we had to deal with a lot more of in 2020). The ad focuses on Death himself, played by none other than Enrique San Francisco – a beloved comedian famous for having cheated death several times due to his particularly wild lifestyle. Sadly, he recently passed away, so this ad will be remembered as his final performance. That’s why, even though this campaign technically came out in 2020, we think its only fitting to pay homage to the artist by naming this as one of our favourite campaigns.

Rivalries Stay on Stage as Booking.com Brings Friends Together for Eurovision 2021