Toby Talbot, CCO of 14 in Barcelona, shares insight into five of his favourite recent projects to come out of Spain... 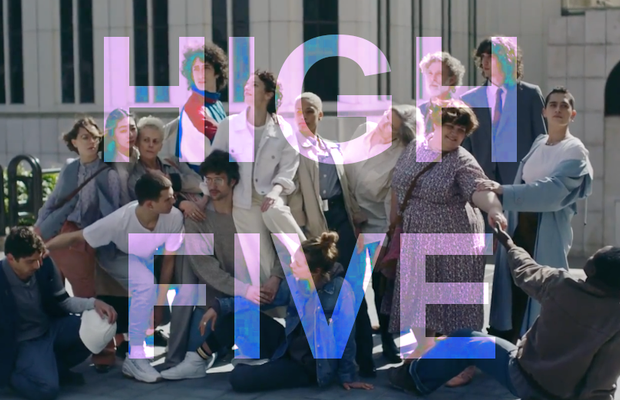 Toby Talbot is the CCO of 14 in Barcelona, a DDB agency that looks after the SEAT and CUPRA car brands. It employs 150 people. Toby has spent most of his working life in New Zealand, with stints as ECD and CCO of Colenso, DDB, TBWA and Saatchi & Saatchi, and has enjoyed tours of duty as CCO of DDB Sydney and ECD of Rainey, Kelly Y&R in London. He is currently ranked number two ECD in the world over the last 10 years in the bestadsontv rankings. He loves his new adopted city and longs to learn Catalan, although he suspects the Catalans probably aren't quite so enthusiastic about the idea...
Here, Toby shares insight into five of his favourite recent projects to come out of Spain...

Agency: DAVID Madrid
This is a properly global idea but it heralded from Madrid. Juan Cabral is a great director, but the star of the show here is the writer. The words and the voiceover himself are brilliant. "Darren knows he should sneeze into his elbow, but doesn't everyone bump elbows?" Will it sell more burgers? Maybe not. Will it make me love the brand? Undoubtedly. I recall having a heated discussion with a planner last year about BK´s mouldy burger ad. He claimed that the ad was massively flawed because all research tells us that burger ads must have visual prompts of delicious burgers or they don't work. I recall the spot going on to win loads of effectiveness awards. Rules are meant to be broken.

Agency: DAVID Madrid
Same agency again and rightly so. They are doing great things here with this client. Clever integration of the idea. Nothing forced. Gamification and fast food. A marriage made in heaven.

Agency: McCann Madrid
A beautiful execution for our times. All of us are missing the human touch, and IKEA showed it in a very subtle and poetic way. The music, I gather, was a hit from the '80s here in Spain. I've been around long enough to remember the glory days of TV in the early 2000s. Not sure if this was inspired by one of my favourite spots of all time for the UK Orange telco network back in the day. Regardless, it's a lovely film in its own right.

Agency: LOLA MullenLowe
There's a very big idea here. It's a great hack idea too and I love any hack idea. Especially when it involves hacking the advertising industry. Dove infiltrated international casting calls with real beauty models. They pledged that if a brand chooses one of their models, they will cover the appearance fee. That's much better than any kind of vapid advertising film. Dove is actually walking the walk as a brand. I commend them for this.

Agency: LOLA MullenLowe Barcelona
When in doubt, they say to use the logo of the client. Except this time it actually works well. For those, like me, trying to grasp the language, the 'osas' of poderosas means 'bears'.