Global head of innovation at LOLA MullenLowe Spain, Jordi Llinares, shares five recent projects from the country that build trust and add value to their audience 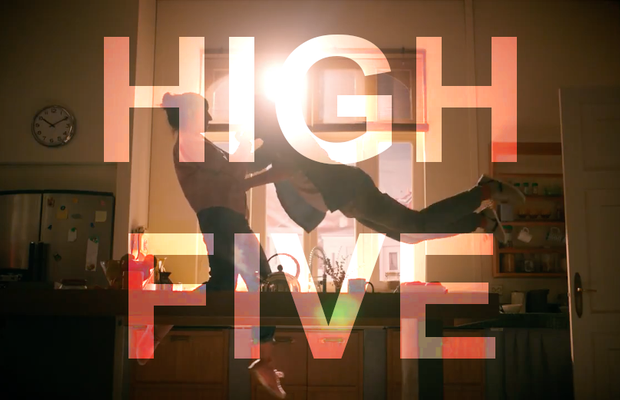 When you try to evaluate campaigns and creative work, it’s important to be clear that it shouldn’t be subjective. It's not about whether I like a campaign, it's about whether the campaign works. And how do I know if a campaign works? In my case, what I always ask my teams to think about - and what I always keep in mind - are different principles that will help a campaign work both globally and locally. The first thing we must understand is that the main objective of communication is to build trust with the audience; if you don’t have their trust, it doesn’t matter what you tell them or how you tell it, your message will never connect. But how can we build trust? Some principles that can help are: Consistency - if a campaign is just a one shot, it isn't going to work, communication should be a continuous process. Authenticity - a campaign must have its own identity in line with the brand voice and audience personality. Coherence - not everything will work. A campaign must be true to the values of the brand. Innovation - we must be willing to look for new formulas to communicate both the what and the how. Daring - a campaign must be brave, without crossing the line, but pushing the limits. Simplicity - the simpler and more understandable a campaign is, the better it will work. Impact - a campaign must provoke feelings and sensations in the audience. Advertising (or rather, communication) is not going to sell, selling is a consequence. It's about adding value to the audience and being relevant. If a campaign holds any of these principles, it will be more likely to work. So, here are some great examples from Spain...

Agency: DDB Spain
Media: PHD Media
This campaign perfectly sums up what it takes to be a hit for me. It also proves that there is no obsolete media, just inappropriate content. They dared to launch a campaign in print media without a single image, and did it in a way that was consistent with the purpose of the brand. With a format as simple as it is innovative, the idea reinforces the authenticity of the brand and the agency. An impactful piece from DDB Spain for Audi that demonstrates, once again, the consistency of the work from the agency and consequently for the brand.

Agency: Officer & Gentleman
Production: Modular
Director: David Triviño
FX: Modular x Forgotten Fantasies
The 'Interactive Art Guide' is a campaign for a brand that’s difficult to communicate broadly, but certainly found an attractive way to break the taboo of its product. A coherent and daring exercise that brings together two seemingly distant worlds under a purpose that unites everyone. A striking and well-finished campaign that once again proves that nothing is impossible with smart creativity.

Agency: Ogilvy Spain
Media: Mediasapiens
Production: La Joya Productions
Director: Bruce St. Clair
Post: WEWORK
A campaign with the clear purpose of raising awareness at a key moment in history: the end of a pandemic and the desire get on the road again. This was a very difficult challenge, because after more than a year of restrictions and limited freedom, people are not very receptive to being reminded of more rules. With respect to previous years, where the message was fear-driven and did not connect with people, they made a shift in tone. This campaign makes an impact in a simple, different and daring way without losing coherence. The result is a bold and modern campaign for a brand that didn't used to be.

Agency: My Dear Watson
Production & Post: Lee Films
Director: Miriam Martínez
Sound Studio: The Lobby
PR: Axicom
Media: Havas
An original and authentic way to present a seemingly unglamorous and unattractive product turning it into something much bigger than a simple disinfectant. A coherent exercise that uses some curious facts to find a fun and original path that gives brand a daring positioning. A good example of something impactful that could even lead to something much greater if taken further, like maybe with the purpose of repopulating rural areas that are at risk of depopulation.

Agency: LOLA MullenLowe Barcelona
Production: Petra Garmon
Director: Catxo
Media: OMD
A campaign with a fun and authentic tone that breaks the usual codes, not only in communication but also culturally by giving a voice to children. An exercise that connects with the family and that manages to create notoriety thanks to authenticity and daring to show that the rules are meant to be broken. Another campaign that shows the consistency of a strategic and creative work. Always at the service of effective excellence that helps the client's business by creating coherent ties with the audience.