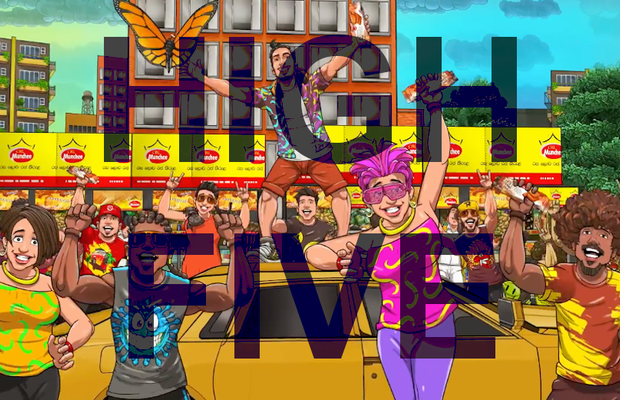 I’m Shahan Fernando and I have been in the ad industry in Sri Lanka for over five years now. Out of those five years, I have been a planner for three. Ever since my entrance into the industry, I have always been excited to see the next attention-grabbing emotional ad, no matter what that emotion might be. So, below are my High Five choices which have all certainly touched upon my emotions in some way or another...

Agency: MullenLowe Sri Lanka
This creation has been made keeping the current context of the country in mind. Since the emergence of Covid-19 in March of 2020, all school children have been confined to their homes most of the days due to safety precautions. Due to this, they have not been able to enjoy their childhood by going to school, meeting their friends and being involved in school-related activities. Even though these are the issues that we see that the children are facing, the underlying issues are discouragement, frustration and demotivation due to them not being able to do what they love to do. As a life insurance company that has understood the Sri Lankan people, they have done a good job in addressing these truths head-on. They have addressed an issue that is talked about the least. They not only highlighted these issues, but turned them around towards positivity. This encourages all children as well as their parents to break the negativity and the norm to keep going and achieve their goals and dreams. A high five to the creators and the brand for addressing this!

Agency: MullenLowe Sri Lanka
This was quite an eye-opener for me. Even though it was a product launch TVC, it certainly didn’t feel like one. It was highly educational and gave me a sense of pride as a Sri Lankan. For the launch of their latest product, ‘traditional medicine cover’, Softlogic Life brought new life to a traditional medicinal practice that is quite alien to the new generation of Sri Lankans. Isn’t that awesome? To educate the public on such a key part of our culture and heritage as a launch ad? But that’s not all. They did it in a way which showed the most detailed elements of the practice in a simple manner. For example, they showed how the practitioner formulates the medicine by truly understanding and being one with mother nature. This creative strategy gave traditional medicine practices in Sri Lanka a newfound respect and admiration.

Agency: Isobar Sri Lanka
This was a digital activation that was initiated for women’s day this year. Usually what we would see brands do for Women’s Day every year would be static posts or video content that give out messages appreciating women. However, this caught my attention, even as a man! For Women’s Day 2021, Elephant House Cream Soda (a popular beverage brand in the country) launched a digital activation named ‘Digital Businesswoman'. What they did was invite all female entrepreneurs who are running a business on social media to send in entries with details of their business to the company’s Facebook page. 50 selected businesswomen would stand a chance to participate in a social media marketing webinar featuring key digital marketing experts in the country. This would give these budding entrepreneurs a chance to up their skills and grow even further. To make matters more interesting, the brand’s core TG was youth and it was female youth who were mostly involved in running their businesses on social media in the country. That’s a perfect fit! I loved this initiative, because the brand together with the agency actually did something to appreciate and empower women on Women’s Day.

Agency: Rays & Rods
First of all, let me apologise for including an ad that only had a Sinhalese (Sri Lanka’s first language) version, but the visuals give out the message without requiring much translation and also, the main attraction of this ad is the music. Usually, a biscuit ad would have live models, product shoots, dialogue or a melodious jingle. However, this is the first time that a biscuit brand in Sri Lanka has advertised a biscuit brand using rap music with animated visuals. The collaboration between the prominent animation artist and the rap artist perfectly created a masterpiece of an ad that became highly memorable and an ad that would just ‘stop you in the tracks’ and make you watch it over and over again. I have even seen people commenting that this is one of the first times that they searched for an ad and that too especially for the music. The only downfall is that it only lasts for 45 seconds (it could’ve been a lengthier song that I could listen to on Spotify). The ad was talking about the revolutionary taste and the product being the original and what better way to advertise it than with a revolutionary ad?

Agency: Triad
Last but not least, I would like to talk about one of the best creations that my agency has produced in the recent past. Telco ads are usually highly functional and feature-based. Seldom are they emotional and heartfelt. This is one of those seldom ones. Based on a true story, this features the human side of a telecommunications service provider using a story of one of their support service staff members and a customer. In Sri Lanka, you could find customers requiring the assistance of support staff immensely. Sometimes, even with the most basic issues. Whilst this requirement can be seen as an annoyance, the support staff oblige and assist the customer keenly, instead. This act creates a bond with each other. The bond results in kindness and care shared amongst each other. Due to the staff member’s kindness and care towards the customer, the customer would return the same with open arms. What better way to show customer service excellence than through an emotional true story that highlights qualities inherent to us, Sri Lankans.