Executive creative director at Cheil MEA in Dubai, Ramzi Ibrahim, draws upon five projects from the region that he either wishes he made, or that made an impact on him 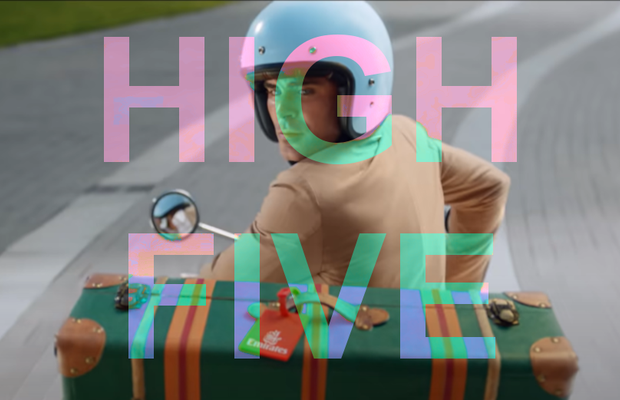 There are those ideas that make us stop in our tracks and think 'That’s so good...why didn’t I come up with that!?', and others that have a déjà vu feel, but end up performing well, resonating with audiences and doing the brand some good. Here’s a few from either end...

Production: The Film House
Director: Omar Khalifa
There isn’t much to say about this, other than it’s an example of letting those who know their craft just do their thing. There isn’t a larger than life concept or any of that, but it does what it should do in a beautiful way. That is to take a viewer through all of the emotions that Land Rover would want them to go through - romanticism about the brand and excitement for what the car is capable of. It’s a local film without being stereotypical, and the music and sound design makes it. I’ve only seen the long version of it though and I appreciate it as a film, so I’m not sure how it works as part of a campaign’s media plan and how it tackles the technicalities.

Emirates Airlines - 'On Top of the World'

Agency: In-house at Emirates
Production: Prime Productions AMG
Emirates placed a lady on top of Burj Khalifa (for some reason) to celebrate the UAE being placed on the Amber List for UK flights. A literal 'on top of the world'. When I saw the video on my feed, I actually kept swiping down, and I’m certain that the same happened to a lot of other viewers, because it takes very long to make a point. It’s a 'Love Actually' cards-with-a-message thing, and it plays very slowly. As I later found out, the reveal that she’s standing on top of the Burj happens some 15 seconds later. It got a lot of buzz afterwards because of its PR, but it could’ve been done in a different, newer and more 'hooking' way.

Agency: Cheil MEA, Dubai
New Balance has launched its first regional running campaign, embracing the cooler running season weather. Throughout the film, the brand celebrated the evolving daily habits of the pandemic, merging personal and professional etiquettes and dress codes, and more importantly resonating closely with the audience. The film celebrates the efforts of runners who always make time for what they love and put in the work despite the roadblocks. It reflects how this practice of consistently following through with one’s passion is akin to taking control and is an act of self-empowerment.

Dubai Tourism - 'A Five-Star Mission' and 'A Night to Remember'

Agency: Mother
Production: MJZ
Post: Electric Theatre Collective
Music: 750mph
Visit Dubai had a series of ads coming out, made to look like movie trailers of different genres, starring Jessica Alba and Zac Efron. When I saw the action genre one first, I thought it was for an actual movie that’s set in Dubai, co-produced by Dubai Tourism. Then after I saw the second one (a romantic comedy), I found out that it’s part of a series of ads. A lot of people had the same reaction, being attracted to checking out an upcoming movie, but then seeing different types of movies starring the same stars.

Agency: Havas Dubai
To create a buzz for the launch of its new inclusive swimwear collection, adidas did a 'liquid billboard' that doubles up as an OOH and a swimming pool. As far as stunt goes, it’s very functional and ticks all the boxes. It launches its new line with a lot of buzz in a category that’s dominated by a global rival. It shows the functionality of the product and demonstrates it in a loud way. And it can be PR'd in a whole host of ways. A pity that adidas’ follow-up stunt for running only ticked the loudness box and didn’t tick the functionality one. It involved a free-runner wearing what I assume are running shoes, and suspended vertically on Burj Khalifa...not a great way to show off a free-runner and her shoes if it’s only to bounce off three panels of glass. Loud stunt though!