Prettybird president Ali Brown challenges herself to find top quality, recent American work that didn’t run in the Super Bowl - and smashes it 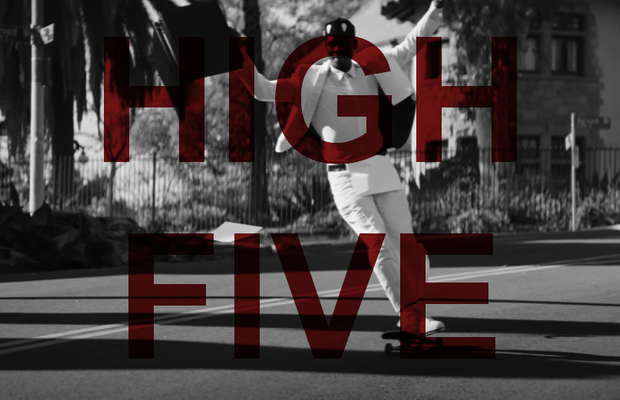 Well this was a bit of a challenge! In February in the US, basically the advertising landscape is DOMINATED by the Super Bowl and the work that surrounds it. There is so much press and support around those pieces that I know you are all sick of hearing about them, but that posed a challenge for me to uncover some gems this month in the US market that will be fun discoveries!
So without further ado… here we go!

As far as a brand putting their money where their mouth is and truly standing for something versus attaching themselves to a message, Uber’s promise to provide 10 million free or discounted rides to make sure transportation is not a barrier to getting the Covid-19 vaccine is about as good as it gets. This on top of them providing rides and food deliveries to healthcare workers and seniors almost a year ago shows this isn’t something they are doing for publicity but to use their platform for good.
In the US there is no assurance that help in the form of a vaccine will reach those who need it most in communities that have been disproportionately hit by this pandemic. A brand leading the way to make sure that the vaccine is distributed more equitably is number one in my book any month.
And what’s most interesting to me is that I didn’t learn about this from a spot while watching CNN, I got an email from Uber whose subject said – “Donating 10 million rides to help those in need”. And I immediately looked at it, paid attention, felt inspired by the brand, and looked to see how I could support the effort. That’s a true call to action. Read more about the initiative here.

Agency: GUT
Check out campaign here - but full explainer is below!
Okay although I’m guilty of Covid stress eating (I’m basically consuming my weight in Girl Scout cookies), I’m not actively invested in the battle of the chicken sandwiches. BUT Popeyes has definitely caught my attention with their savage move of buying up all the domain names similar to McDonald’s CHKNDrop.com and offering anyone who landed there mistakenly a free sandwich. As someone who has frenetically mistyped many a URL address and landed in places I didn’t intend (and being at a company whose logical domain name is owned by a pet food store) this sort of capitalisation on error hits close to home. And makes me laugh. Basically anything that involves typos, trickery, and traps is going to lure me in.
I encourage you to go to one of the misspelled sites – they didn’t let the fun stop at the URL. They carried that baby all the way across the finish line.
Popeye’s and GUT are behind this keystroke of genius and I love them for it. Anselmo [Ramos] and Gaston [Bigio] for the win.

Agency: Maximum Effort
I don’t own any bitcoin. I wish I did. But if I did, I probably wouldn’t be doing this column. Or if I was, I’d be writing about the advertising in Corsica as my ‘home region’. Anyway, I digress.
While this spot isn’t reinventing advertising, it doesn’t have to. It’s just funny. It’s doing what advertising does – takes something from the cultural zeitgeist and connecting it to a product to underscore the brand’s identity. But it does it simply and well. It entertained me in the same way that I’m secretly happy that someone’s access to billions is stymied by their inability to remember which letter was capitalised and if it was a '1' or an ‘l’.
Also when I watched this I thought – hey Mint Mobile must be a bunch of funny people to have this ad represent their brand. When I learned the company is owned by Ryan Reynolds himself and that the spot was crafted under his Maximum Effort Productions, it all made sense. I respect that Mr. Reynolds is truly creating a personality for his company and being consistent in their voice across their projects  (if you haven’t seen their Aviation Gin work or their f’d up animated panda, check it out…). Their work continues to find ways to pluck something from the headlines and make you laugh about it. And I don’t know about you but I’ll take all the laughs I can get. Thank you Sir Reynolds.

Agency: Leo Burnett Detroit
Production company: O Positive
Director: David Shane
I really tried to not include any Super Bowl spots because there has already been so much attention paid to them, but this spot hits on every level and will likely stay in the Ali Brown top 10 of all time. The casting of Timothee Chalamet, the blessing from the god that is Tim Burton, the perfectly written script, the visual reimagination of a piece of work 30 years old in a way that felt just as tingle-inducing as it did as when I saw it as a child… Seeing this left me, and I assume much of the world watching, really wishing that Edgar was real. It is the best casting of any commercial I can remember and I’m not sure who is responsible for it, but I’d like to shake their scissorhand.
There really isn’t much else for me to say - if you haven’t seen it, watch it.  It’s a masterclass in copywriting, art direction, and production. And affirms that David Shane remains the king of the Super Bowl.

Google - 'Business as Usual', a film by Joshua Kissi

Director: Joshua Kissi
Joshua is an incredible photographer, creative mind, and entrepreneur – one of the best makers of the moment. The way he brings the world of Leimert Park and the story of Neighbors Skate Park to life through the guide of Akwasi Baffour Owusu in this ad for Google feels like he’s giving us a gift.  he privilege of seeing the world how he does. To witness the perfect coalescence of grace, style, and motion.
Oh to be able to view life this way…
The piece isn’t a documentary about a small business which we’ve seen so many times, it’s a poetic ode to honour one that makes us take notice. The shot selection, styling, cadence of the edit, and overall aesthetic discipline shown in each frame allows you to press pause at any moment and want to put the image on your wall.
The thematic connections of ownership and movement to entrepreneurship and success are beautifully woven in a style that is uniquely Kissi’s design.

‘You Love Black Culture, But Do You Love Me?’ Asks Melina Matsoukas-Directed Beats Ad