Phil Choe, senior colourist at Nice Shoes, sheds light on some of his favourite recent US work... 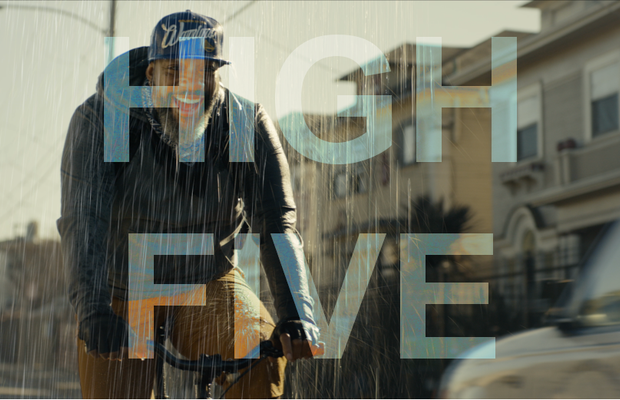 A background in painting has served Phil Choe well as he has explored the art of colour grading. Each project is a blank canvas on which he can create with directors, DPs and creatives to impact viewers’ emotions and transform perceptions. Phil learned and honed his craft with experienced colourists at Nice Shoes, as well as with some of the leading creatives in South Korea, taking all of their knowledge and making it his own as he’s built his career out of Nice Shoes’ Boston studio.
Phil has crafted looks for campaigns with brands such as McDonald’s, Progressive, GMC, Cole Haan and Puma, as well as collaborated with many up and coming directors and DPs on stunning music videos and acclaimed independent films.
Today, he shares some of his favourite recent work from the US...

Post: Ethos Studio
From the start, the spot brings you back to the moment a teacher has looked out for you and went the extra mile. Remember the times when you were reluctant to raise your hand or got an additional form of encouragement to take that extra step? From shot-to-shot, you see the nuance of each student's body language, whether it is timidness, shyness or joy by way of getting positive feedback. I think the execution was brilliant and you leave watching this with a sense of nostalgia feeling slightly vulnerable in opening those similar situations you might have experienced.

Agency: Goodby Silverstein & Partners
Production: Radical Media
Editorial / Sound Design & Mix / VFX & Finish: Elevel
Telecine: Company 3 Los Angeles
Putting action to the phrase 'make it rain' in this spot for the Golden State Warriors. Each subject is literally being rained on while listening to the sportscast of the Warriors game. I think it was visually well executed and like a high intensity basketball game there were no hang-ups in the flow of the spot. It almost brings you to the edge of your seat. I'd say if you can make me do that well you are 100% immersing your hardcore Warriors fans into the spot itself.

Agency: Crispin Porter Bogusky, Boulder
Production: Biscuit Filmworks USA
Director: Isaiah Seret
Editorial: The Now Corporation
Music and Sound: SoundSpace, Colorado
During the pandemic, I have seen the rise of families renting short vacation spots or renting out their homes as we all have gotten a bit stir crazy. I am DEFINITELY guilty of renting out a Vrbo to get out of my house. This spot takes you away with single shots of several on-location houses, a lake with a canoe, a kitchen with a steaming coffee pot and then the shared moments with families and close friends. I think this spot was simplistic in nature but crafted with balance. 30 seconds of calmness, tranquility and moments that take your breath away, to 30 seconds of polaroid nostalgia, energy, excitement and memories you can share while you get the getaway that will last forever, especially in the time of Covid-19.

Director: Andy Hines
Choreographer: Rubberlegz
Executive Producer / Creative Director: Jacob Jonas at Jacob Jonas The Company
Producers: Jill Wilson, Emma Rosenzweig-Bock and Mathieu Wothke
"An exploration of the world in front of us, the differences in ourselves, and a likeness in others, and everything we’re left with breathing the same air, beating hearts under the 'Same Sky'."
Coming from an art background, I really appreciate the visual movement of the film. Though there is no dialogue, you can feel the story behind the motion that is captivated by the sound and music. There is always beauty in dance and as they say people communicate more through body language than through the voice.

Chipotle Mexican Grill - 'Can a Burrito Change the World?'

Agency: Venables Bell & Partners, San Francisco
Production: SMUGGLER
Director: Mark Molloy
Editorial: Work Editorial, USA
VFX: Alt.vfx
Music and Sound: Q Department / Lime Studios
This fun Chipotle spot highlights the veracity behind sourcing locally to have a better footprint and sustainability. It starts off with two siblings talking about how good a burrito is, and the brother continues non-stop (as kids tend to do) as the sound tempo matches the brother’s passion of telling his sibling how great it would be to eat the best ingredients that are locally produced, to prevent food miles. It really makes you think about what we eat and what that means to the world, while also making you really hungry for a burrito...