MullenLowe US' director of innovation, Chris Denson, shares five of his favourite recent projects to come out of America... 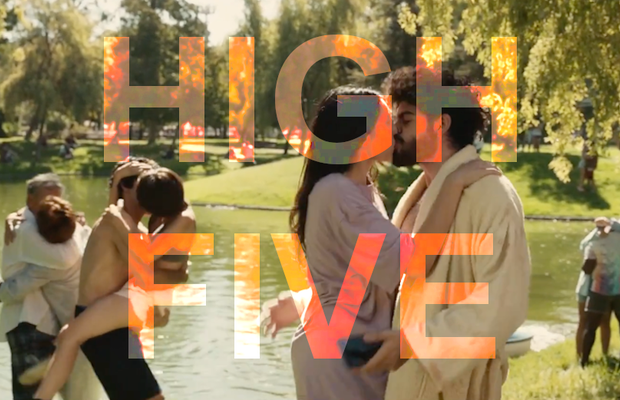 Chris Denson is MullenLowe’s U.S. director of innovation, responsible for exploring and applying emerging innovations across client initiatives, global start-up communities, pop culture and within the agency itself. Previously, Chris has applied his expertise to organisations ranging from the American Film Institute to the Obama administration to Omnicom Media Group, where he worked with world-class brands such as Disney, Wells Fargo, Warner Bros., Levi’s and Apple. Here, he shares five of his favourite recent projects to come out of America...

This one is great because it serves three purposes. Firstly, it reinforces what Signal users truly believe - that personal data can (and should not) be easily collected and leveraged for sophisticated targeting by outside entities, purposeful or nefarious. Therefore, from a retention standpoint, users can experience, in a very personal way, what Signal believes in. Secondly, it allows Signal to advertise themselves in the most authentic way possible given the privacy premise of the platform; answering the question: 'How do you advertise something that's essentially against advertising'. Lastly, and somewhat reminiscent to how Spotify has used data for advertising in the past, it's simply smart. And brands that show up smart to their existing customers in very personal way, attract new customers by proxy.

Agency: Energy BBDO
It's already hard to capture all the emotionality the pandemic has brought us. It's another thing to capture the impending euphoria of the world returning to things that we all miss so much. The secret sauce of this ad is that we can all identify with the somewhat exaggerated archetypes presented in the film, from the caveman-like guy who curiously places his hand in a beam of sunlight, to the mum of three watching all her co-workers disappear from her Zoom call to the couple rolling and kissing in the grass. It's a little on the nose, but the idea of 'starting fresh' with a stick of gum as you go out in the world to meet people again, is a gentle nostalgic reminder of everything we miss, and everything we look forward to.

Agency: MullenLowe LA
VFX: Time Based Arts
It's got flowers, dance and booze. It’s also the first campaign done for this brand under the new creative leadership at MullenLowe Los Angeles. What more could you ask for? The real accomplishment here is the CG, which on the surface feels simple as the woman dances and the flowers follow and support her every move. However, when you twist that top layer off, you find unprecedented motion capture combined with VFX and particle simulations that work together to emote the feeling of lightness and botanical immersion. Rather than giving viewers quippy one-liners or humour, or telling them how refreshing it is, the viewer can feel what would be like to experience these flavours. In the clutter of content everywhere all the time, it's literally refreshing to see something that sets a perfect mood for a 2021 summer.

In partnership with: Studio 368 and Jack Coyne 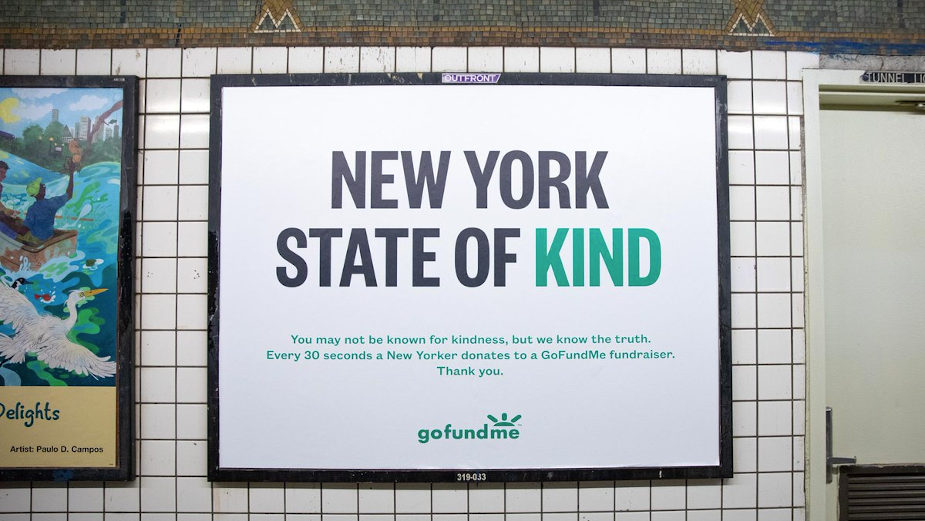 This past year has been all about changing perceptions - of who we are, what we do, who we love and even where we live. Enter New York City. From the outside looking in, the citizens of New York are notoriously viewed as hard-nosed, unfriendly, and impatient, with all the loud yelling, honking and smells you can (not) stand. But apparently, underneath all its grit. they are statistically the kindest. GoFundMe's 'New York State of Kind' - a play on the 'New York State of Mind' sentiment made popular by Billy Joel - amplifies the fact that for over 18 months, a New Yorker gave to GoFundMe every 30 seconds and have given over $150 million to individual needs on the platform. Through a series of OOH and digital assets, the company's very first ad campaign boldly reminds us of the power of generosity, invites us to a friendly challenge of taking the title and proves that things are not always what they seem on the surface.

Agency: VMLY&R
Mums don't look, feel or sound the way the once did a generation or two ago. While the nucleus of 'Mumdom' is the same as it has always been, mums in 2021 are more tatted, more cannabis-friendly, more bread-winning and more leading-the-charge than we've historically seen. In many ways, they're like the front (wo)man of a rock band. Rolling Stone knows this. The iconic music brand launched a simple short film that honours mums through unpolished still photography of real moments (smiles, yells, working) set to an empowering voiceover, equating their journeys to music mavens. In an era when individuality and equality are front and centre, this turns the volume up to 10 on that sentiment.