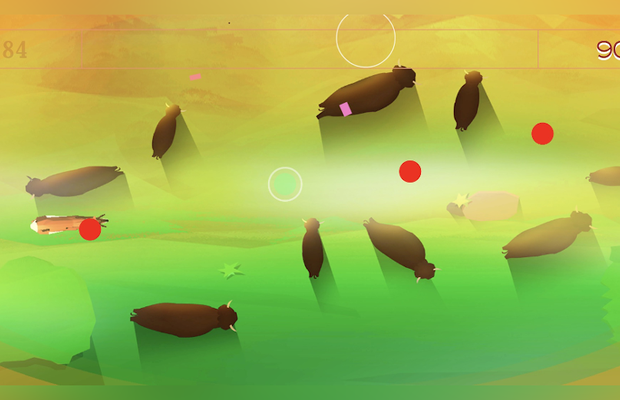 This National Great Outdoors Month, High West Whiskey invites consumers on a wild mobile gaming Western adventure, The High West Whiskey Prairie Dash. Inspired by the hand-painted pronghorn labelling High West’s American Prairie Bourbon, the team at MullenLowe Los Angeles cast this iconic prairie animal as the game’s hero for a reason. As Utah’s first legal distillery since Prohibition, High West has proudly taken up their mantle as pioneers of Western whiskey, which for them, includes a responsibility as stewards of the land. By playing The High West Whiskey Prairie Dash, consumers can explore the prairie, donate to conservation efforts, and maybe even win a real life trip to the West.

Developed in partnership with makemepulse, The High West Whiskey Prairie Dash seamlessly integrates the High West brand values, challenging players to overcome the real environmental and man-made obstacles facing the wandering pronghorn across a wilderness that the whiskey brand and wildlife share. Eagle-eyed players can even spot the High West Distillery itself in the game’s background.

To score points in The High West Whiskey Prairie Dash, players roam the gorgeously rendered range with four simple objectives: duck under the landowners’ fences, clear obstacles littering your path, and dodge the bison herds that share the land, all to help your pronghorn dash at 61 miles per hour, its actual top speed as North America’s fastest land mammal.

The game’s details vividly bring the pronghorn and prairie to life in hopes you’ll keep playing for a bigger cause.

High West will donate $1 up to once per week per dasher (up to $50,000) to the American Prairie Reserve in their efforts to conserve the wide open spaces of the North American West. And in case you needed more motivation, the higher you score in The High West Whiskey Prairie Dash, the more sweepstakes entries you earn for a chance to win a $15,000 trip to Park City, Utah where High West is headquartered.

While the pronghorn might be the hero, he isn’t the only famous face behind the game. Actor Josh Holloway joined the cause as a High West Whiskey Prairie Dash celebrity influencer, challenging players to pit their thumbs against his and pitch in to preserve the West at race.highwest.com.

Prior to the High West Whiskey Prairie Dash, MullenLowe LA has launched award-winning branded games including Acura’s 'Beat That' and 'Total Control,' along with Hawaiian Airlines’ 'Aloha from Above'.