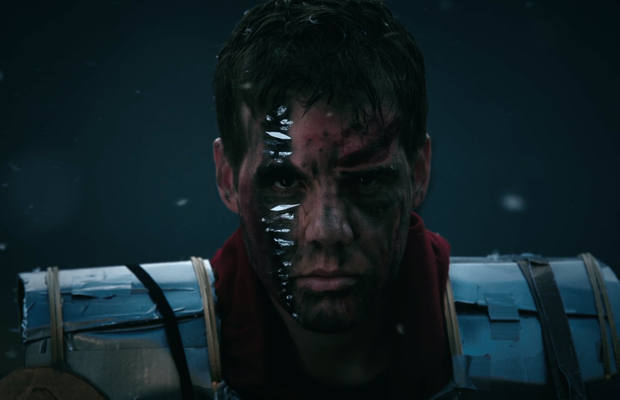 Bringing the world of sweding and DIY Cosplay together, James Willis has been busy working with an all-star cast of internet sweders to create an epic homemade homage to Netflix’s latest blockbuster series 'Barbarians'.

For those of you who aren’t familiar with the phenomena, ‘sweding’ is best described as the recreation of contemporary pop-culture films using limited budgets and phone cameras. The prestige of a sweded film “lies in how close it is to the original” describes James and the task of sweding the trailer of Netflix’s latest epic war drama series 'Barbarians' with its extravagant battle scenes, abundance of armies and dramatic fights to the death was no mean feat. Did we mention, this all happened during lockdown to coincide with the series’ release?

By collaborating with some of the internet’s greatest DIY Cosplay Artists and Sweding filmmakers, such as Dumb Drum and Komazawa Isolation, James has masterfully directed the ultimate user-generated trailer that pays homage to the original theatrical trailer working remotely with contributors across the globe, all via Zoom.

With each sweding collective and DIY Cosplay artist assigned a number of characters to play and scenes to recreate, James worked closely with them to make sure the camera angles and blocking mirrored that of the original trailer. In helping to produce their performance and guide them through scenes where they would have to interact with another character who wasn’t there (they were actually filming their part of the scene on the other side of the globe), James created a sweded film rich in detail from start to end; fun and playful in tone but still reflects the essence of show’s mood and tone.

“It has got to be on every filmmaker’s tick list” explains James, “It is also a great way of drawing attention to a new show especially with the scale that sweded film trailers and DIY Cosplay travel on social media. I was blown away by the immense talent of our contributors! These creators are artists in their own right and I didn’t want to smother their creative output in any way. I wanted to allow them total flexibility to do their thing and the nature of the show’s epic scenes and impressive costume design are all aspects that allowed us to create a visually rich sweded trailer.”