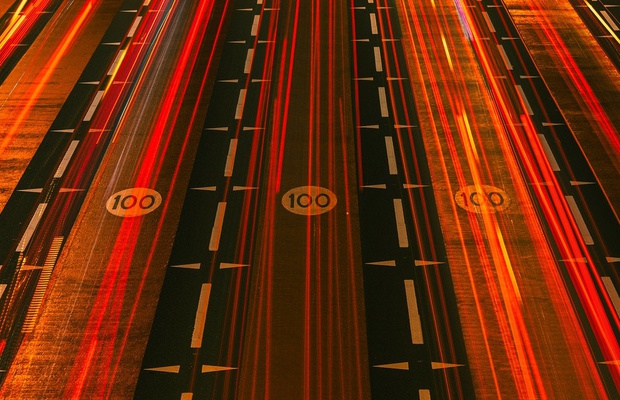 BIG KAHUNA FILMS, the award-winning creative production house based in Dubai and Beirut is proud to support creativity across the Middle East. Over the coming months, as part of their sponsorship of LBB’s United Arab Emirates, Lebanon and Kingdom of Saudi Arabia editions, they are supporting in-depth interviews with creative leaders in the region.
“There’s so much building happening here,” marvels Paul Shearer, CCO at Impact BBDO. “There’s a building outside of our place called the Museum of the Future. It’s breath-taking. For me that’s creative, that’s artistic and that shows the country has a passion for making something that will stand out. So, I’m sure that advertising and other forms of art will follow. They’ve just built a big area called the Design District, which looks like it’s flourishing. Like all new cities the creative side will find its way eventually.”
Since arriving in Dubai six years ago, Paul Shearer has witnessed the kind of civil evolution that would take most cities decades. But Dubai isn’t most cities. It’s imbued with a sense of ambition and optimism, embracing technology with wonder and glee. Its motto is ‘Impossible is Possible’, and residents and governments alike believe it.
As with other countries across the Gulf, the United Arab Emirates are preparing for a fast-approaching post-oil future. Technology is certainly part of it – in February the UAE celebrated the success of the Emirates Mars Mission – but creativity too.
“I think the government here is quite funky,” says Paul. “The street outside our building is called Happiness Street. They have a department for happiness. You know, there’s some good stuff here and I think they have a sense of humour too.”
Dubai has defied expectations. To illustrate, Paul, a keen golfer talks about a short film he saw recently at the Emirates Golf Club. The film showed the club being built 30 years ago. Over the photographs and a busy timelapse of the construction, the film plays a clip of famous British golfer Nick Faldo. “He was criticising the Emirates Club, saying ‘that’s never going to work, it’s so stupid to build a golf course in the desert’. They were using it ironically over a time-lapse video of the buildings. It’s now one of the most famous courses in the world.”
When it comes to creative advertising business, Paul thinks that the rest of the world might still be sleeping on the leaps in Dubai and across the rest of the Middle East.
“I think people, quite rightly, think quite selfishly about their own region and where they live and work. When I worked in London or Amsterdam, the last thing I thought about is America or South America or Australia. You just kind of concentrate on your own little world that you live in. I guess that people think there is a lack of craft or a lack of understanding of big brands,” Paul muses on the misconceptions that still linger. But work on big global brands are helping to change perceptions. Paul says the response from Europe and the US to Impact BBDO’s Hunger Insurance campaign for Snickers was overwhelmingly positive. He has also had a similar response to work created by his friends and rivals over at FP7 McCann, Astronomical Sale.
What’s really exciting for Paul is the shifting demographics in the creative industries in Dubai. When he first arrived, the international hub attracted South Africans looking for a stepping stone to New York, South America, America and Britain. Increasingly, though, the city is attracting Arabic talent from countries like Qatar, Kuwait, Lebanon and Egypt. That in turn is leading to a stronger local voice and style.
Advertising isn’t the only industry that’s seen a creative spurt, film production too is doing well. Local commercial production companies are building a reputation for their high level of craft, and Dubai is a popular location for movies too.
“They make a lot of movies here. Tom Cruise was here making Mission Impossible 7. They were shooting right outside my apartment. I always say the government don’t make enough of it. But production goes on here and it’s going from strength to strength. They’re never worried about making stuff look good.”
Of course, Dubai has been facing the challenge of Covid-19, as has every market – and Paul doesn’t shy away from the fact that clients have been having a tough time. There has been, he notes, something of a retraction as global networks retreat to their global hubs. That has meant that attention has switched to local clients too – and that is where smaller, independent agencies are starting to thrive. If and when the world emerges from the pandemic, Dubai’s creative scene will emerge more varied, ambitious and confident with a stronger sense of identity. Racing alongside is a science and technology sector and a government that’s keen to catapult the city into the future.

“Despite Everything, There’s a Real Sense of Optimism Right Now”

FP7’s Marc Lawandos on a Changing Saudi Arabia, Getting His Break in the Industry, and Almost Becoming a Soldier