Fitbit’s Head of Marketing Lucy Sheehan and Freedman’s global creative director Adam Buxton reflect on how the health and fitness brand tapped into a cultural moment to deliver a warm and inclusive “Welcome back, Stay well” campaign 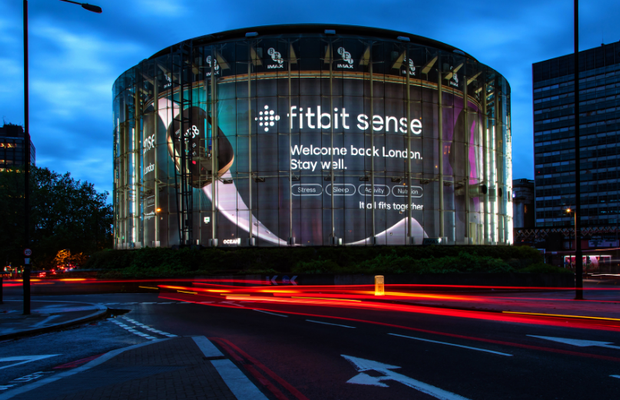 With the UK having endured a number of lockdowns since the start of the pandemic, the lifting of restrictions is an acutely delicate cultural moment. There’s a natural sense of trepidation in the air - as evidenced by the widespread public support for the recent extension of restrictions past England’s original June 21st ‘Freedom Day’ - but at the same time, optimism is finally within reach.

For that reason, independent agency Freedman International’s latest work with Fitbit stands as an instructive example of what to do right. With Freedman’s expertise in cultural competence and localisation, the project drew on unique insights gathered from around the time of England’s first tentative easing of restrictions following the outbreak of the pandemic last year.

To find out how Fitbit and Freedman leveraged warmth and optimism to deliver an inclusive campaign with its finger firmly on the cultural pulse of communities, LBB spoke to Fitbit’s marketing director Lucy Sheehan and Freedman’s global creative director Adam Buxton…

“As soon as I set my eyes on the brief, I knew it was something special - it was gold dust, really”.

As Adam Buxton reflects on the early days of the campaign, his eyes light up. “You can always tell a brief is going to be good when it’s just one page long! That’s invariably an encouraging sign”, he laughs.

For Fitbit’s part, the goal of this late-spring campaign was always to make their message powerful in its simplicity. “If you think about everything we had collectively been living through at the time, it constituted a crisis that we were beginning to hopefully emerge from”, said Lucy Sheehan. The brand objective was to deliver a campaign that captured the growing feeling of optimism as the country emerged from lockdown. The use of high impact OOH media coupled with a simple, powerful, creative message at such a unique moment in time helped us to achieve that.

The sight of enormous, positive messages taking up residence in some of the most iconic locations in the UK was undeniably a mood-lifter. There was little to no complexity in the message being conveyed - only that onlookers were welcomed back, and invited to ‘stay well’.

“It was interesting how we landed on ‘stay well’ as a message”, recalls Adam. “It was one of a few options we’d come up with in the copy matrix, but I remember from talking to Lucy at the time that it immediately stood out to Fitbit”.

“The reason we were so attracted to ‘stay well’ was chiefly because of how positively it resonated with the Fitbit brand mission around wellness  and how it juxtaposed with the common language at the time”, explains Lucy. “It felt like we had forever been instructed to ‘stay safe’, and this was a positive and warm evolution of that”.

According to bespoke research carried out by Freedman International, Fitbit’s brief and strategy were spot-on. “Our data very firmly pointed to the fact that people wanted to hear some optimism, and Fitbit’s messaging was well-placed to tap into that”, recalls Adam. “That was actually a unifying trend across the whole country. We did adapt the campaign to speak directly to local communities, whether that be ‘Welcome Back Manchester’ or ‘Welcome Back London’, but the positivity and warmth were constant throughout.

The feel-good factor that the campaign carried through went beyond what was written in the ad copy. It could also be seen simply through where the ads were placed.

“I think having the ads in these outdoor locations meant that the simple act of being able to see it was something positive”, says Lucy. “It was about getting back out, onto the high street, and just appreciating that for what it was”.

“I remember feeling quite oddly emotional when I saw them out in the wild for the first time”, notes Adam. “Being able to walk around, whether it be Liverpool, Glasgow, London, Birmingham, Newcastle or wherever, and see something so welcoming and inclusive, after what we had all endured, felt like getting a hug from the brand”.

Above: Fitbit’s campaign from late spring 2021 tapped into the widespread desire for a positive and uplifting message across the UK.

Both Lucy and Adam agree that having the campaign visible predominantly in physical, outdoor spaces helped strengthen its impact. “I love digital platforms, it’s a powerful media, but I did feel that using out of home was the right move on this particular occasion”, says Lucy.

“I think we felt that if we’d gone down the digital route with this then we might have ended up still talking to people who were inside a cocoon, focusing their attention on an isolated personal device rather than something that’s visibly a part of the wider world around them”, explains Adam.

Another key consideration for the campaign right from the start was its tone.

“Initially, we were actually toying around with various product features to include as part of the messaging”, recalls Adam. “In particular we were looking at stress, as Fitbit has some amazing stress management tools. But the feeling was that this just made it feel a little sales-y, and went somewhat against the goal of the brief which was all about empowerment and optimism. We were tapping into a cultural moment, and going down the route of ‘buy this new thing’ would have been doing a disservice to that moment”.

“If you can make someone feel good about themselves, even for a few minutes, given the context of what we’d been living through, that would be a great thing”, says Lucy. “So that was paramount for us in this campaign. It wasn’t about being sales-y or pushy, just giving people a sense of optimism”.

Summing up the dangers facing brands around the lifting of lockdown, Adam feels that leaning into core brand values was a strength for Fitbit. “There’s a danger with post-lockdown themed ads where you can essentially say ‘lockdown is lifting, brought to you by this product, buy now” - and it makes the viewer feel like nothing more than a consumer”, he argues. “And it can make you feel like the brand doesn’t care. But Fitbit really does care about the people who use their products, and it's up to the team here to communicate that. With this campaign, I’m confident that’s exactly what we did”.

Whilst there is no ‘playbook’ for the cultural moment we find ourselves in today with restrictions tentatively lifting, Fitbit’s is a strong example to look towards. Maintaining consistent brand values is a must, and combining that with an ability to meet people where they are with an inclusive tone is a winning formula.

Perhaps the true magic of this campaign, however, came from Freedman’s ability to distill and communicate that essential message in a way which felt poignant and personal for different communities across the UK. As brands reflect on the changes we’ve all undergone during lockdown, that cultural fluency could prove the most instructive takeaway from Fitbit’s optimistic campaigns.