The agency transformed Mexico’s Olympic and Paralympic athletes into a team of anime allstars for a campaign that even impressed the experts in Japan, writes LBB’s Laura Swinton 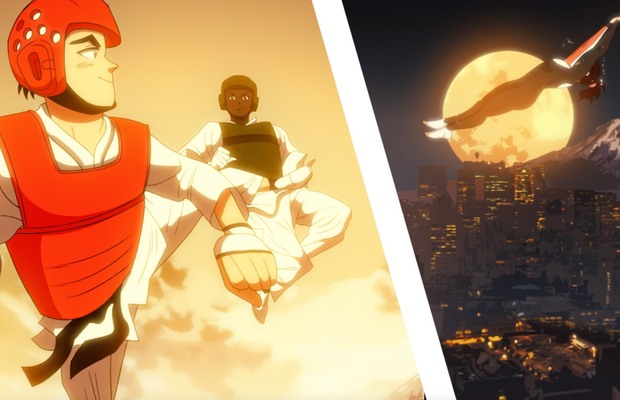 Anime has long been popular outside of Japan, but nonetheless Japanese animation is definitely having a ‘moment’ internationally, in part thanks to the Olympic games, in part due to collaborations between anime artists and Western producers. Mexico is no more immune to its charms than anywhere else in the world. Evidence of anime and manga’s influence and the popularity of franchises like Dragon Ball Z are easy to spot throughout Mexico city and online. Its influence on Mexico’s underground culture scene is undeniable.
That’s why when agency M&C Saatchi Chilanga was briefed to create an Olympics and Paralympics campaign for Toyota in the Mexican market, they turned to the world of anime and manga for inspiration
“It is very popular in a wide sector of young people in Mexico with special emphasis on Mexico City, with a fan club, designers, sectors dedicated to importing merchandising,” explains Manolo Techera, partner and CCO at M&C Saatchi Chilanga,
Rather than simply create one giant film, the campaign is bursting with multiple assets from social films to posters. In total there were 50 illustrations and 10 films made. From a strategic point of view, it meant that Toyota could dedicate space to each featured athlete and could ensure variety throughout the duration of the games.
“The amount of materials respond in the first place to the fact that Toyota had multiple athletes, both Olympic and Paralympic, then the idea was to cover the complete calendar of the games that added together were more than 45 days of competitions,” explains Manolo. “In addition, the previous route of the Olympic torch was also covered with materials that made mention of the cities visited and where the torch passed.”
The creation of the campaign was entirely the domain of the M&C Saatchi Chilanga team, while Cholo Films, with its legion of designers, animators and editors, produced the content. In order to ensure that the content felt authentic and relevant, the creatives pored over contemporary anime hits and broke down the rhythms and distinctive visual language of Japanese animation.
“We were inspired by series like One Punch Man and Death Note. In the movement of the camera and the syncopated way of animating the characters. Japanese animation involved, at one point, making time-saving decisions in order to compete with its western counterparts. Panning, violent zooms, among others, build their own and unmistakable language,” explains Manolo. “Creators like Katsuhiro Otomo (Akira in its Manga and anime version) and Hayao Miyazaki (creator of the famous studio Ghibli, and director of ‘Spirited Away’ among other great films) are some of our references when facing such a challenge.”
For a bunch of passionate creatives, it was one of those projects to really sink their teeth into, and while the anime element allowed them to really indulge their crafty and nerdy sides, the fact that the campaign was geared towards the Olympics generated a lot of buzz and excitement within the agency.
“The process was all very exciting because the Olympic issue is especially exciting, added to the pandemic and the challenges we face since it was a campaign with many approvals both in Toyota Mexico and globally, in addition to the approvals of the Olympic committee,” says Manolo. “Each step of the campaign was a triumph, then at each participation of the athletes the entire team involved in the agency remained expectant.”
Ordinarily, the creative team would have been able to collaborate closely and in person with the athletes, but because of Covid-19, they had to instead work together remotely, figuring out how to interpret their sports and personalities via the medium of anime.
“Due to the pandemic we could not meet them personally since they were in a health bubble prior to the Olympic games,” says Manolo. “We did a great study of their hobbies, held calls with them and carried out distance interviews. For example [gymnast] Alexa Moreno was a super fan of anime, and her routine on the floor exercise was a kind of homage to anime.”
It seems that all that passion and detail has paid off. “The campaign was the most shared during the games; social networks exploded with the originality of the idea and the different approach,” says Manolo. In fact, it wasn’t just Mexican audiences who were impressed… “There were even a couple of spots that were mentioned on Japanese television.”

Uprising: On the Verge of a Second Renaissance with Pedro Villegas