How McCann and Commonwealth Are Stepping up for Mexican Creativity 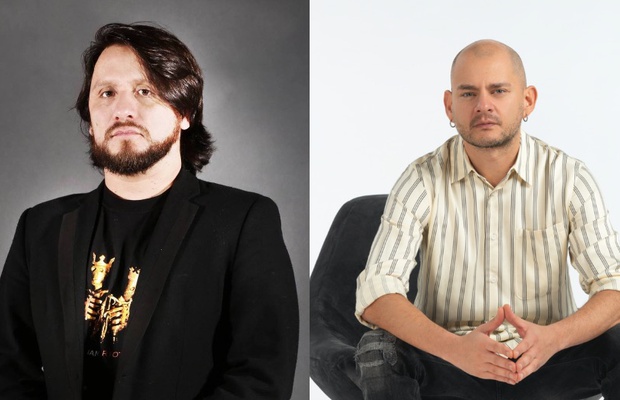 McCann Worldgroup has been in Mexico for 74 years. The brand has a long history in the country and the current creative stewards are Alfredo ‘Rey’ Alquicira, the chief creative officer of McCann México, and Luis ‘Tim’ Gonzalez, VP of creative at Commonwealth // McCann México. Industry friends for over a decade, the pair head up their respective brands and are taking their clients into the future.
According to Alfredo, advertising has a long heritage in the country, but México has never been recognised as a global leader in the industry. Now he believes it is the time for the local industry to come together and raise the country’s reputation together.
“I would not call Mexico a mature market in terms of advertising. We have been a Mecca of cinema in the '50s, the Hollywood of soap operas in the '70s, '80s, and '90s, and now the most famous influencers and meme-makers of Latin America are Mexican. Yet, we don't have that recognition or authority in advertising,” says Alfredo. “We have to step up; agencies and clients have to be bolder, more ambitious, and stop pretending to be so politically correct all the time because our culture isn't, our humour isn't, and we don't fully tap into what moves our culture.”
If the industry is to take this step, there is plenty of inspiration from the local culture to draw from, says Luis. “Creativity is at the core of our culture. It’s a great moment for Mexican creative people to take a stand. Contemporary artists, architects, movie directors. There is an urge to speak to the world, to measure ourselves against anyone, to have a voice,” he says.
So what does that ‘step up’ look like at McCann México and Commonwealth // McCann México? Big ideas that change businesses and are fuelled by data - and when the project or client requires it, collaboration.
The pair met years ago when they were both judging at an advertising festival. They immediately clicked and started hanging out. A couple of years later, they were both recruited to Publicis in 2011 when the agency was undergoing a huge transformation. Luis joined Commonwealth in 2016 and Alfredo joined in 2017. The two agency brands operate independently - Commonwealth is largely devoted to the General Motors Chevrolet brand - but both collaborate on projects that require extra firepower, and on refining work for McCann Worldgroup’s award entries and ranking performance. The duo don’t get to work together too much on a day-to-day basis, but it’s clear that they spark off each other and provide great sounding boards.
“I think that we both like to get really involved in the strategic proposals,” reflects Luis, while Alfredo adds that their different personalities and styles are particularly complementary. “Tim once told me that “we have different styles and approaches, but we both aim high.” Being different is a good thing because I can learn from him and his projects,” says Alfredo.
One project that featured great collaboration between both agency teams was ‘The Electric Hero’ for the Chevrolet Bolt EV. When the Mexican government shut off oil pipelines to stave off fuel theft, leaving vehicles (including emergency vehicles) struggling for fuel, someone from the McCann team spotted a chance for Chevrolet to help.
“[It was] a project born out of a fuel crisis in Mexico in 2019, the initial idea came from a McCann Team, but from then on, it was a collaboration to sell and implement the concept,” explains Alfredo. “It won a Grand Prix at the local festival, and it was named Best of Show at the IAB awards. I firmly believe that the client bought the idea because of the trust Tim has earned throughout the years.”
Since then, the Commonwealth team has been pushing their work on Chevrolet’s electric vehicle Bolt EV even further. As the automotive industry faces massive transformation and disruption from many directions, it’s the perfect opportunity for Mexican creativity to truly ‘step up’ and prove itself.
“Some of the work that we have recently developed for Bolt EV, Chevrolet’s most important electric car, is a good example of the place we want to take the brand to. Drive & Draw, a campaign where we used our car as a brush and virtually drew all over Mexico City. People would ask us for certain drawings,” says Luis. “We used the car´s real-time location and asked our followers to throw us a challenge to draw. The city ended up covered with drawings on a single charge. Another good example is our Cities print campaign. We used satellite technology and Google Maps. We made a comparison between regular plugs and gas stations. Just to show people how absurd the fear of running out of battery really is. And of course, to announce that you can charge your Bolt EV on the plug from your kitchen.” 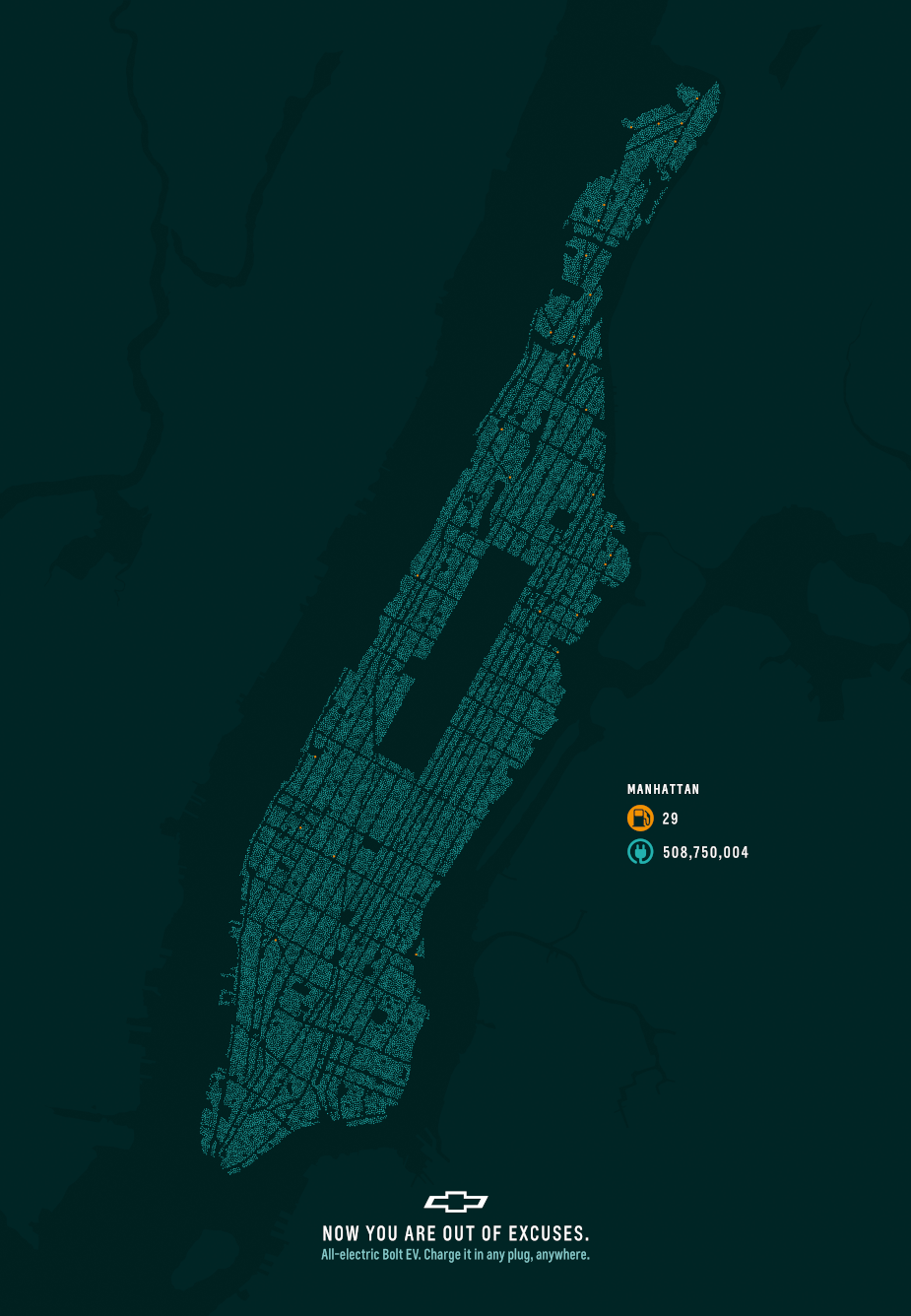 For both the McCann México and Commonwealth // McCann teams, data is moving ever closer to their cores.
“Data is no longer an accessory or a ‘what if’,” says Luis. “We try to always put it at the centre of the brief. Invisible Influencers is a good example. It’s an idea based on data that just won Grand Effie a couple of months ago in México.”
According to Alfredo, that data enters the process in three relatively straightforward and consistent ways. “Our briefs have six different topics in which we receive qualitative and quantitative data from various sources such as the global web index, Forrester, and many others. We periodically optimise our campaigns once they are running, based on performance data. [Finally] we do post-mortem sessions in which we analyze the results of our campaigns once they finish feeding info to the following brief of that brand,” he explains.
Looking to the future, it’s ultimately talent that will keep the agencies on their upwards trajectory. Alfredo says that he thinks it’s a really challenging industry for junior creatives as contemporary agencies require a far broader range of skills.
“Youngsters have to learn more than we ever did in a shorter time. They have to learn how to be strategic and tap into human emotions just like we all did, but they also have to learn editing, animation and how new platforms work (because it is not the same to be a user than a creator),” says Alfredo.
For the right kind of mind, that can look like an enticing challenge, but Luis reckons it’s up to agencies to use their skills to ‘sell’ advertising as a career. “Young talented people have so many new options nowadays. Advertisement is just one of them. I believe the thought of young people lacking talent is not true at all. Just take a five minute walk on TikTok and you´ll find big-league entertainment, modern, free content,” he says. “I think it's our job to make advertisement sexier for them. And not the other way around.”
Internally at both McCann México and Commonwealth // McCann México, diversity and inclusion initiatives are a central part of their creative strategy. It’s not just about recruiting for skills but also perspectives, and Alfredo says that ‘fuels’ the creativity of the campaigns that they are working on. In 2020, Chevrolet won the Diversity & Inclusion award - as well as Marketer of the Year - at Mexico’s IAB Awards, thanks to the collaborations between the McCann and Commonwealth teams. This year the agency was awarded the HRC Equidad MX 2021 Certificate from the Human Rights Foundation Campaign, which relates to policies and practices around the inclusion of the LGBTQI+ community. On a regional level, LATAM agencies in the McCann Worldgroup networks each have their own Diversity, Equity and Inclusion Committees, which set goals and monitor progress - and Mexico is no different.
Over the past five years, the pair have been leading the creative charge at the agencies, and they hope that these efforts can join up with those of other agencies to collectively raise the profile of Mexican advertising. As the global marketing environment continues to face growing challenges and shrinking budgets, there’s much that the rest of the world can learn from Mexico. Alfredo says, the local industry’s greatest strength is its resilience - and as the world undergoes ever-accelerating change we’re curious to see where the McCann brand in México ends up in another 74 years.