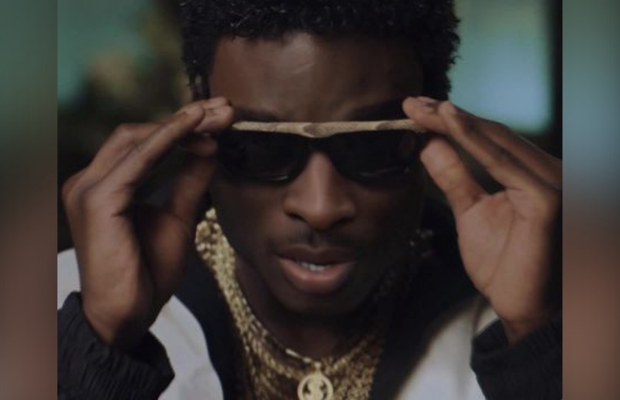 This year, Nice Shoes teamed up with Gillette and agency Grey NY to bring Deion Sanders’ 1989 NFL Draft Night into the 21st century. For nostalgic sports fans, it was a dream come true to see Deion Sanders appear in his full 80s glory.

The ad, part of Gillette’s 21/22 NFL season campaign, captured attention by showing what looked to be the real Deion getting ready just moments before the 1989 NFL Draft  ⁠— but it was actually filmed with a Deion look-alike, whose features were replaced in post-production.

In the ad, Deion can be seen in a mirror telling the audience: “When you look good, you feel good.”

And while deepfake technology has had its controversial moments, Nice Shoes has shown how the AI-generated video software can have a transformative effect on audiences by bringing past cultural touchstones into the modern day.

LBB caught up with Harv Glazer, executive creative director at Nice Shoes, who also directed the spot, to see how they pulled the ad off, made the deepfake Deion appear seamlessly, and what it was like getting Deion’s approval.

LBB> How did the project originally come about? Was the idea to use AI technology with the Deion Sanders deepfake there from the start?

Harv Glazer> The agency came to us with the idea, but they weren't sure how to execute it as there were multiple ways it could work. It was actually the perfect time to come to us, as with our creative process we like to get ideas in before things are set in stone.

LBB> Can you explain what advanced AI-assisted video technology (often referred to as deepfake technology) is, and why you used it for this project?

Harv> Deepfake tech can only be described as insane. It basically works by training AI to recognise the person you're trying to replicate, to know what they look like from every angle, and to be able to know the face they are replacing in the same manner. It’s a lot more technical and a lot more time consuming than a snapchat filter.  And when you see it done well, you won't know you're seeing it.

LBB> You’ve worked with this creative team previously, how was it working together this time around?

Harv> The team at Grey NY are actually my favourite team in the industry right now. Not only do they think outside the box, they think outside of the cupboard the box is in — and they aren't afraid to take risks. We get along well and they trust my instincts when it comes to how to bring their amazing creative ideas to life.

LBB> The ad brings out a sense of nostalgia for NFL Draft Night 1989. Why was this moment important to you creatively?

Harv> This ad needed to feel like it was shot in 1989 — that was the original idea at least. That doesn't mean throw a filter on it with scan lines and scratches and voila, it’s 1989.  Lesson number one: scan lines are a television artefact, and scratches and noise are a film artefact. Don't mix them, kids!

It was more about the art direction, the lighting, and figuring out what the lavish bathroom needed to look like it was from 1989. We had a great time watching back to back seasons of Miami Vice to figure that out.

LBB>The ad takes viewers back to 1989. How did you convey that with colour?

Harv> Maria Carratero killed the colour on this spot. It's not overdone. It's not faked to be old. It just looks classic.

LBB>Did you have to work with the production team on the casting process in order to find the right fit facially for the VFX?

Harv> We definitely worked hard to find a black male with the similar build to Deion in 1989, that's not an easy thing to cast for when you can't use the words Deion Sanders. In the end we found the perfect Deion. He was amazing. Although, we cast the whole thing online due to COVID so it wasn't until we got his sizes that we realized he was a full foot taller than Sanders. Diana Abbatangelo the production designer adjusted the set to fit him properly and it was all fine in the end.

LBB>How did you edit the ad together? Did you have to wait for the AI edit with Deion Sanders’ face? In what order did you carry out the production?

Harv> We cut the spot with the raw talent and once it was locked Chris Ume, VFX artist, went to work on the face replacement. It was a back and forth process — true deepfake isn't “hit a button and it works,” it takes time. The process actually starts weeks before the shoot when in true “Weird Science” fashion we literally hook jumper cables up to a barbie doll and start feeding the computer every piece of video and photography available of the subject.

LBB> This kind of technology can be controversial - how did you approach using AI video technology from an ethics standpoint?

Harv> It's only controversial in the wrong hands. It's definitely not okay to use it with bad intent, but Chris and his team at Metaphysic are pros and their vision for this technology is much bigger than what anyone else is thinking. I’m excited to see where it goes.

LBB> Was the real Deion Sanders involved? What did he think of the ad?

Harv> He loved it. He was involved, which is awesome. I have a video of him watching it for the first time, that was pretty cool. I'll add that to my bucket list of amazing things that have happened to me, it’ll sit beside that time the Simpsons spoofed a scene from Drake's Started From the Bottom video that I also happened to appear in. Deion was a God to me as a kid, I still have his Sports Illustrated cover around here somewhere.

LBB> How long did it take to complete the project? Is it a more complicated process when using AI like this?

Harv> It took some time but nothing out of the ordinary. I think our post workflow was 4 weeks.

LBB> What was the biggest challenge when working on the project? How did you overcome it?

Harv> Getting the clients to trust us, that we could pull this off and make it look great. All great creativity starts with trust.

LBB> Will you be using AI again in the future? How will AI video technology and advertising continue to intersect?

Harv> For us, the project is a perfect example of showing that Nice Shoes is a production problem solver and we deliver especially when faced with complicated creative requirements.

I will definitely be using AI again, and I'm in talks about another project right now. Chris and I make a great team and I can’t wait to work with him again.

Nice Shoes Announced as Global Sponsor of The Immortal Awards