Julian Boulding, president of thenetworkone, on how The Indie Awards was built to celebrate agencies of all sizes 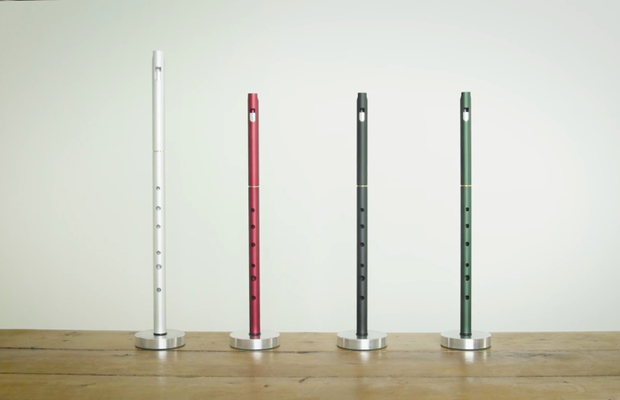 The Indie Awards is a large-scale international competition designed exclusively for independent agencies of all communications disciplines and judged by independent agencies.
Founded by thenetworkone - a network of independent agencies across 115 countries - the awards offer a unique opportunity to find out about the best creative work coming from outside the holding company landscape, out of six categories:
Creative- Audiovisual
Creative- Print & Design
Media
Corporate PR
Lifestyle PR
Public Good
The call for entries for The Indie Awards 2021 will open on June 16th 2021. Ahead of that, LBB’s Alex Reeves asked thenetworkone president Julian Boulding why it’s worthwhile.

LBB> The Indie Awards was born from thenetworkone. What goal was at the root of it?

Julian> Our purpose in life is independent agencies, anywhere in the world. Half the time we're trying to get business for them, and the other half the time we're trying to publicise them and tell the world that independent agencies are valuable and important. It's not a debate about “are independents better than network agencies?” Sometimes you want one, sometimes you want the other. But we're the advocate for the independents
We do have some agencies who are members. They pay an annual subscription and they get a higher level of service from us, we'll help them actively to find partners in other countries and things like this, but any independent agency can enter
Our purpose in life is to help independent agencies do better. If a client wants a team of 200 people at their disposal, yeah, it's not your average independent agency, but if you want a great creative idea you could go to Ogilvy or you could go to Uncommon.
The raison d'etre of us as a company is to level the playing field so independent agencies, get a fair shot, people have heard of them, can find them, they're well briefed. If they need some international organisation, we can provide it for them, all the infrastructure we can provide, and we can help clients choose the right one for them as opposed to the one who was in AdAge or Campaign last week. That's why we have an award. It is a commercial operation too, but it's got to be done in a way that works on this objective.

LBB> Why did independent agencies need something uniquely for them?

Julian> What motivated us in the beginning was just that there are lots of awards festivals which seem to be dominated by network agencies. We saw a reduction in the number of awards won by independent agencies at Cannes, certainly in the time when the holding companies were piling in and entering the same work 50 times. So, we thought we should do something for independents. It's not that some of the other festivals don't, because they have started to do an Independent of the Year award, but the problem with Independent of the Year awards is that they are mostly done on a point-scoring basis. And so, the bigger people win. Obviously, you've got to be good and the people who do win - Wieden + Kennedy, Jung Von Matt - are fantastic independent agencies. No one could say they don't deserve it. But they are also big ones.
There wasn't anything for a small agency who had a brilliant piece of work but didn't have a budget or an awards team, people to write entries etc. We wanted to do something that was manageable and achievable, where it would be an equal playing field.
The first point about the Indie Awards is that it was just about work. So, if you had a great piece of work to enter, you would stand just as much chance whether you came from a tiny agency in Sri Lanka or a large well-known agency in Germany. We've had both as Grand Prix winners, which is nice to see. It's about quality not size.
It's about creating profile for independents and giving the opportunity for independents to benchmark themselves against other independents.

LBB> How else is The Indie Awards different from other shows?

Julian> We don't do an agency of the year, for example. We do the best work in six different categories, broadly channel type categories. We decided on this by listening to people. I don't say it's a perfect answer. We very much want to be part of a dialogue. We watch what other people do. If they do it better than us, we'll change it.
LBB> You also offer feedback to every piece of work that’s entered. How do you manage that?
Julian> That might be quite difficult if you’re Cannes with tens of thousands of entries, but it's not that difficult for our way of thinking because at a basic level, now that most judging is done online it’s therefore easily quantifiable. If you split up a category in terms of criteria, like most awards do we do - so let's say you have 25 points for strategy, 25 points originality, 25 points execution and craft and 25 points for results - and agency A is doing really well on creativity but less will on results because they've not presented any evidence or what they're trying to do isn't very impressive. Another agency might be the other way around. If an agency is going to win, they should do well across all of those. But if your feedback to the agency is, "your creativity is terrific, but there's no real strategic underpinning, that's why you ended up below the average score", we thought that'd be an actual helpful thing. Nobody wants to hear why they failed. But they didn't fail if they didn't win the Grand Prix. You're up against the best of the independents in the world. And if you're close to the average, that's not bad. But you want to be higher up.
We think that's really important, so everybody gets that from the judges. If an individual judge chooses to add a particular comment about a piece of work, then we capture that and we tell the agency as well. Everybody gets the minimum feedback about how they scored on the category and how that relates to the average score. So at least you know if you're above or below average. And I haven't seen anybody else do that. So, that's probably what makes us the most unique
LBB> What have been your favourite success stories over the years?
Julian> The most obvious benefit winners get is kudos inside their own country, because they demonstrated to their primary client base that they're not only good within the context of their own country but they're good enough to be successful on a world stage. They're proud of that, the clients themselves are proud of that. It proves to all of an agency's clients or prospects that it operates to a world-class standard. And not just a "quite good for X country" standard.
For example, the agency that won the Best in Show last year was Triad in Sri Lanka. They were surprised - they didn't think they would win. But that's an agency which has set out its stall years ago as proving that, in their words, "Sri Lanka can". It's a small country, it doesn't particularly have a reputation on the world stage. There's always a temptation if you're brilliant and talented to go to the big country next door and get more money. But these guys are really proud of being who they are, where they are and how the country's come together after a horrendous civil war.
The purpose of the work that they made was CSR about ecology and not wasting water. They demonstrated that Muslims washing their feet, as you do when you go to a religious ceremony, actually don't need to waste all that water because the Prophet, who also lived in a hot country where water was quite precious, didn't wash his feet under a running tap and waste gallons of water every time he did it. He used a little cup. It's done with respect from one culture to another culture, but taking something that was distinctive and wrapping an important social message for everybody within that.
They would say that they are proud of ourselves, because they can win something on the world stage and they're proud of being Sri Lankan because they're doing something that brings their country together.

LBB> It’s great to see an agency from a country like Sri Lanka winning, where I suppose you'd expect the global heavy hitter countries that win in the bigger award shows to be winning.

Julian> Yeah. It's not like every time you want a small country to win, but you want them to win sometimes. The Grand Prix winner from the first year was from the UK - it was RPM. Another year it was hasan & partners from Finland - an agency with a global reputation, but from a country that's got about five million people. But we've also had winners from the USA. So, we've kind of got the whole gamut. Any of those can participate and win.