How TikTok Delivered on Its Brand Promise by Moving at the Speed of Culture - and How You Can, Too 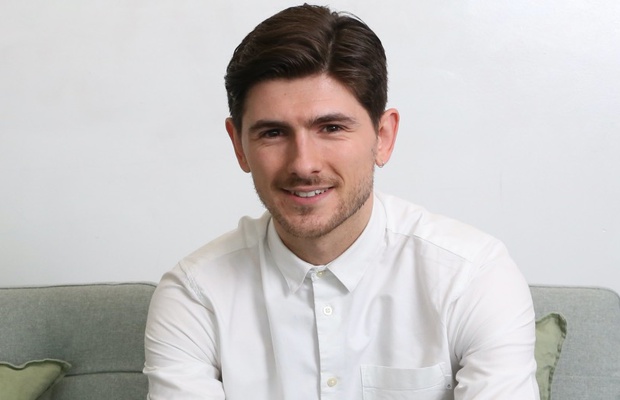 Randomness and irreverence is a matter of routine for a platform like TikTok. Even by its standards, though, the resurgence of nineteenth century whaling dancefloor-filler ‘Wellerman’ as the number one global trend must have come as a surprise.
With its ‘It Starts on TikTok’ strapline, being seen to be at the epicentre of the cultural agenda is of the utmost importance. Its virality is its vitality. Designed to detonate the next big thing, it is a content powderkeg.
But when it comes to longevity, TikTok needs to know not only how to birth a trend (sounds painful) but also how to nurture it, grow it and then show it off proudly to the world.
And this is exactly the knowhow demonstrated when it released its most recent TV spot - a whirlwind recounting of how the sea shanty-mania started, from monochrome Scottish postman to global pastiche.
By acting quickly to strike while the harpoon was hot and being bold in taking its story to TV with such playful aplomb, TikTok showed beyond question that it is a brand moving at the speed of culture.
So what about the rest of us?
We can’t all be trendsetters all the time, no matter what the brand truths PDF might say.
What we can do, though, is try to inject a bit more zip when it comes to following and, hopefully, contributing to the zeitgeist.
Why is this important?
Because we live in an increasingly memetic society where a shared understanding of the memes and trends that make up the lexicon of this age is central to being understood.
Being able to show that your brand not only ‘gets it’ but can also play along is a surefire way of talking to the socially-savvy on their level and even winning some unexpected admirers in the process.
So what can we learn from the way TikTok traversed the shanty craze?

The clock starts ticking on a cultural moment the second it goes mainstream, the half-life reducing with every additional bum seating itself on the bandwagon. The rewards for hitting the sweet spot are great, but the losses for latecomers can leave a nasty taste.
This time-pressured tension is often perceived to be between agility and quality: getting something out quickly feels like it must inherently compromise how good it is.
So reframe good.
Getting in on the gag isn’t about putting your most polished, feature-length foot forward - TikTok’s ad was simply a collection of mobile phone clips from their creators - it’s about sharing a unique spin or viewpoint on a trend in a way that adds to the moment.
So think creatively about ways to do that without knocking up against too much production and procedure - film staff doing something for social, parody one of your existing ads, pen a great one-liner for Twitter.

It’s not about you

Well, OK, from a marketing perspective it probably is really, but we’ll keep that between us.
Cultural moments are all about getting swept up in the tide of whatever’s trending. They thrive on a mixture of heroes (the key characters in the movement), momentum (the proactivity and creativity brought by others to the table) and spirit (the shared goals, unwritten rules and ethos).
If we look at TikTok, they Tikked every Bok. Did that work? No, I don’t think so. Not at all. Anyway … Heroes - their creators, particularly monochrome Scottish postman. Momentum - they brought the sea shanty craze to TV, sharing it with millions.Spirit - it was all about sharing the joy of this absurd trend, the music, the collaboration and the sense that ‘we made something happen’.
So when thinking about entering the fray, ask yourself: who are the heroes?
This might be the person who started it all off, the people whose dream the world is trying to make come true, or the guy or girl with an outlandish quest. How can your brand uniquely help them along the way, whether that’s using your platform to celebrate what they’re doing or providing assistance in a way that only you can?
Then consider if you’re adding to the momentum. Will the trend be richer for you having got involved or are you just putting up posturing wallpaper?
Finally, ask yourself: are you acting in the spirit of the moment? The line between playing a part and attention-grabbing can be slim. A way of tipping the odds in your favour is to channel some inner JFK and frame the question not in terms of what this cultural moment could deliver for your brand, but what your brand could bring to the moment. That way, your start point is always an intention to add something, rather than take it away.
And finally ...
The beauty of cultural moments is, like teenage love interests and Marvel films, there will always be another one.