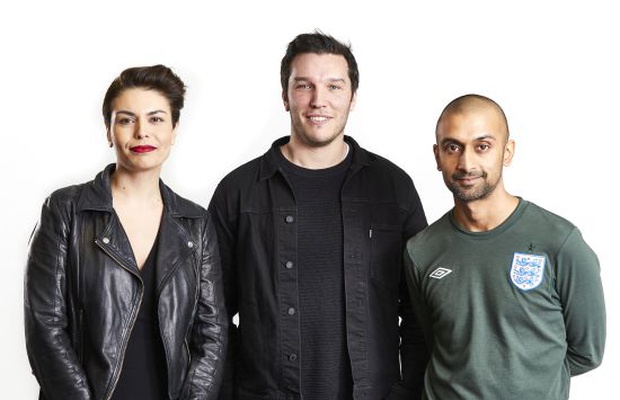 Huge announced today the appointment of a trio of highly award winning creative directors to its growing London office. In the last nine months, Huge London has more than doubled in size to service clients in the UK and Europe.

Hari Bajwa and Patrick Lendrum arrive as creative directors after a successful seven-year stint at AKQA where they were responsible for leading creative output across a number of clients. The senior creative duo have been recognised by Cannes, D&AD, One Show, BIMA, and Bafta.

Cátia Oliveira joins Huge after working at Nike and takes up a newly created design director role. Oliveria joins with a wealth of creative and user-centric design experience and awards having held creative leadership positions agency and client side in the UK and in her native Portugal.

The London office, under the new leadership of Alex Pym, managing director and Wayne Deakin, executive creative director has seen rapid success and growth. With a growing client roster, the office has more than doubled in less than a year under their new leadership.

“We are very excited about attracting such great talent. All of them could have gone anywhere but they wanted to join Huge. Creativity has always been at very heart of Huge and its rewarding to see clients and talent attracted to our culture,” said Alex Pym, managing director.